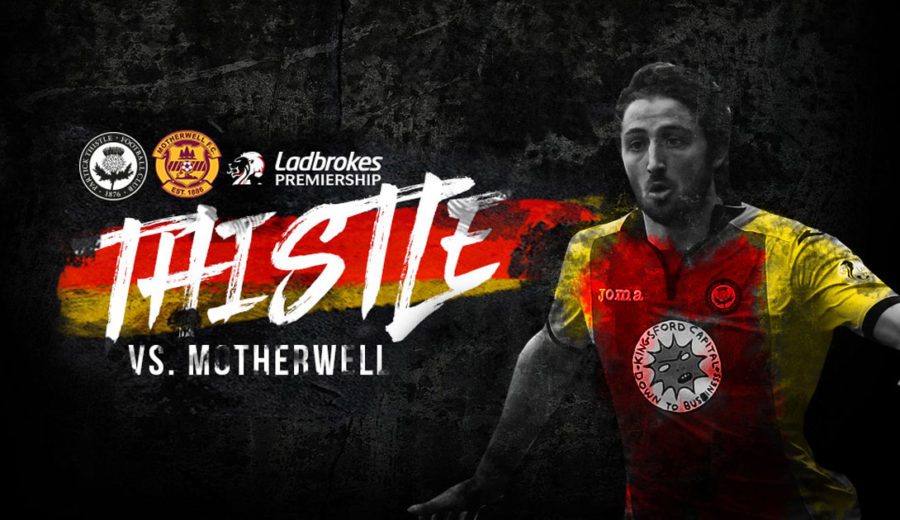 Barton hoping to play his part in special achievement

Adam Barton helped Thistle to their first result over Celtic in more than 20 years and set the side on course for a top six finish. Now the classy midfielder wants to complete the job against Motherwell on Saturday.

Speaking to ptfc.co.uk Barton explained that he is hoping to tie things up as soon as possible.

He said: “It was a massive result for us against Celtic. For any team to go to Parkhead and get a point is a great result is impressive. It was a great performance from the team and we now go into the Motherwell game on a high.

“We go into the Motherwell match knowing a win will seal our place in the top six and that is massive. We could have let ourselves down in the past couple of weeks, we dropped points, conceding late goals, we could have had it secured by now but could have blown it as well. However, we now know what we need to do and it’s in our hands to do it. We are capable of it and believe we can secure it against Motherwell.”

Adam admits he wasn’t aware how big a deal finishing top six was before coming to Scotland but should it happen he knows he’s played his part in something special.

“I’ve spoken to a lot of the boys who have been here for a number of years and from listening to the fans, it really hits home how big an achievement finishing in the top sixth is for the club.

“In my career so far finishing sixth or seventh wasn’t a big deal but obviously with the split in Scotland it’s a big thing and would be great for us to do it.”

The Thistle number thirteen arrived in Scotland in August from Portsmouth and is delighted he made the move to Firhill.

“When I came to Scotland I didn’t come up thinking “I want to finish in the top six” or thinking of that as the goal. Not that I didn’t think we were capable of doing that, It just wasn’t something I had thought of. Now as the games have gone by and we were at the bottom of the table and now we are hoping to seal that sixth place it shows how well we have done and how crazy this league is.

“I keep looking back and thinking what a great decision it was to come up here and join the club. To be here for a year and hopefully be involved in such a great achievement for the club is great for myself too and something I’m very proud of.”

Thistle sit sixth in the table but are only three points behind Hearts in fifth, Barton believes they can be caught but is focussing on one goal at a time.

“We have to secure sixth place first and if we can do that we can start to look at trying to catch Hearts in fifth and who knows what after that. They are on a bad run and we are certainly capable of doing that but we have to take one thing at a time and we are fully focussed on securing our place in the top six.”

So far this season Motherwell are the only bottom six team to beat Thistle, a win on Saturday would see that stay the case. Adam remembers the loss at Fir Park and doesn’t want a repeat.

“I can remember going to Motherwell and playing in that game. I remember feeling disappointment throughout the team. It’s the one game we’ve played that i thought “what’s happened?” How have we turned up and done this? We’ve defiantly got something to turn around there, and we know we aren’t going to make the same mistakes again, that’s for sure.”

“Andy is a really good player and he has a bright future ahead of him. The main thing is he works hard. If anyone was to watch the Celtic game, it’s a match you aren’t going to have a lot of possession in so you won’t have as much chance to show how good you are on the ball, which Andy is.

“The one thing he does extremely well is work hard off the ball and he did that last night. A lot of young players these days don’t have that, everyone wants the ball and wants to play football but it’s a two sided game and I thought Andy showed last night how hard he works. It’s great to have someone coming through who can come in when he is needed like that and you know he will do a job for the team.”

The Thistle number thirteen is hoping a top six finish would give the chance to a number of Andy’s development teammates to be involved and for others some more freedom to express themselves.

“Getting into that top six allows us to relax a little and enjoy the end to the season. It gives you that breathing space to try some new things and give players that little bit of freedom to go out there and work on things. There will be no pressure on us, we would like to finish fifth or fourth but we know finishing sixth is still a massive achievement.

“There are a lot of young players here who are very good, they are just on the border of the first team. Obviously the games are important at the moment so you maybe need that bit of experience, however get that sixth place and hopefully the fans will be able to see a lot more of the young players who are coming through.”

More exclusive preview interviews, with the Jags’ own Ryan Edwards as well as Thistle gaffer, Alan Archibald are available to Jagzone subscribers. Log in now to see them.