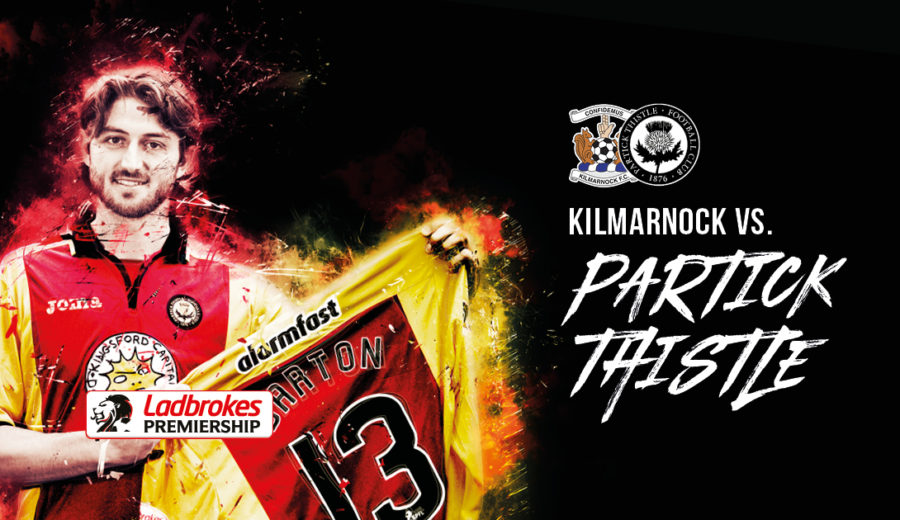 Barton: I’m ready to get started

As Thistle prepare for the trip to Kilmarnock tomorrow afternoon, recent signing Adam Barton is hoping the game at Rugby Park will give him the opportunity to get involved on the pitch.

“I was a bit gutted not to make an appearance last Saturday but that’s the way it goes. You can’t dwell on things like that. Hopefully I can play a part in the Kilmarnock game.

“I’m looking forward to it, it’ll be a new stadium for me to visit and the first time I will get to travel away to a game with the squad.”

Adam played in the first half of the development squad’s 3-2 defeat to St Johnstone on Tuesday night and was pleased with his first taste of Scottish football.

“I think it was pretty much to shake the cobwebs off. It’s good to play games for match fitness. The speed and intensity of a game is a lot different to training so it was good to get a half.

Kilmarnock have added a number of players to their squad over the summer, something which Adam thinks Thistle can use to their advantage.

“Kilmarnock will be a difficult side to prepare for as they have a lot of new players but we will watch the video like we do with every other club. Hopefully the players won’t have gelled with each other yet and we will be able to use that during the game.

“A big change in players like that takes time to get to know each other and understand each other’s style of play. Young players have lots of fight in them and a high workrate but if we match that then we can turn it to our advantage. We’ve got to start strongly in the first 20 minutes and show them that they are in a game.”

Thistle snapped up Thorsten Stuckmann on a short term deal earlier today, and Thistle’s number thirteen was surprised to see a familiar face in the changing room.

“I was surprised he was in the changing room yesterday. I was saying to Danny Devine how it’s funny how many faces you come across during your career. It’s a massive industry with millions of players but you seem to bump into a lot of familiar faces during the time that you play.

“When I was at Preston, he was brilliant. He was a big presence for the team and that’s exactly what we need. He’s a commanding goalkeeper, at 6ft 6 he has some size on him. He did very well at Preston when I was with him and hopefully he can replicate that during his stay in Scotland.”

All in all, Adam is desperate to get on the pitch and show what he can do in front of what promises to be a large Thistle following.

“I’m ready to go if selected and I can’t wait to get on the pitch and show what I can do. It’s a big game and I’m ready to get started.”