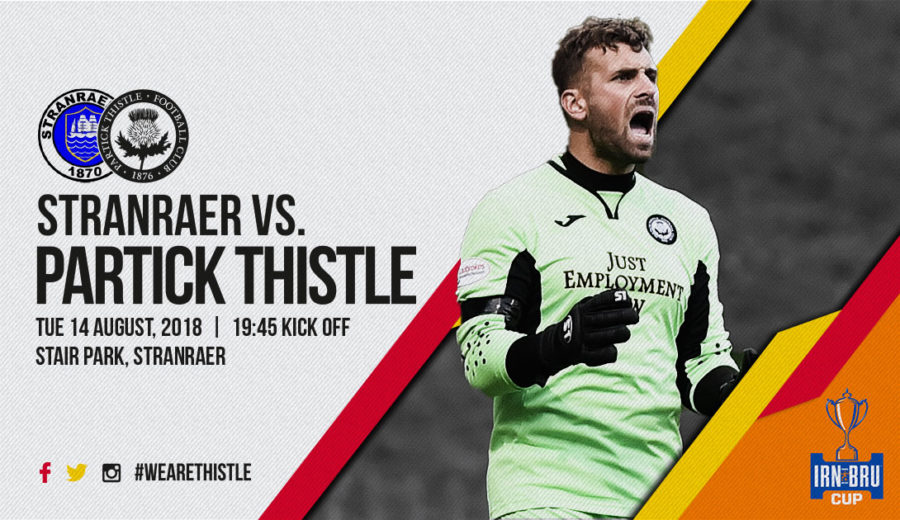 Cammy Bell is looking forward to the break from league business as Thistle head down the coast to Stranraer to begin their Irn Bru Cup campaign.

While the league is the main focus and number one aim within the squad, Cammy admits the squad are looking to use the cup competition to help build momentum for the league.

Speaking to ptfc.co.uk Bell is hoping to build on the win against Falkirk on Saturday, He said: “We’re on a high after the game at the weekend; we are all in a confident mood after the result and performance against Falkirk. It was a win we needed and I think we deserved it. We played well and controlled the game well.

“It’s always good to have a game so soon after a win. It gives us the chance to build on Saturday, to keep momentum going and to improve further.”

“It’s a cup tie, it will be a difficult game, we know Stranraer will see us a big scalp and we can’t be complacent; we know we have to perform well and earn the win.

“We want to progress in the cup, we want to do as well as we can in all competitions and go out and win every game that we can.

“We know we are expected to win the match but it’s away from home and they’ll be right up for it. We know we won’t have the same size of surface as we do at home so it’ll be difficult but we have to go there and do the job.”

The Thistle number one has won the competition twice already and made a further trip to the final so he knows what’s involved and knows how much a cup run can be good for a squad.

“As you get older time starts running out and you savour any chance to play in a cup final, it’s always a proud moment and something you want to achieve in your career. I’m sure a lot of the other boys are the same and some may have never had the chance before

“No matter what cup it is, you want to do as well as you can in cup competitions. It’s a cup we want to try and win, we know the league is our main priority but the cups can give you an escape from that and help build momentum in the league too.”

Bell admits that sometimes the cup can give players the chance to go out and play with a little less pressure.

“We will go to Stranraer with a focus to progress to the next round and try to express ourselves. These cup games can sometimes allow you to play with a little less pressure than the league because the main aim for everyone around the club is promotion but we go into these ties with the pressure off but with a hunger to do well in the cups too. It sometimes gives the younger players a chance to show what they can do.”

“We are starting to form a good partnership and understanding within the defence, I thought we were much more solid against Falkirk at the weekend, we were disappointed with the goal we lost but these things aren’t formed overnight, we are improving each week, learning each other’s games and strengths and looking to form a really strong back five and that can lead us towards the top of the table”

Being one of the older members of the squad the keeper is only too happy to use his experience for the betterment of the squad.

“It’s always something I try and do, it was something I had when I was younger, the older guys helped me a lot, they talked me through things, passed on tips on how to deal with different situations and helped me as a footballer.

“I’m one of the older heads now and I’ll always look to help out the younger lads, both the young goalkeepers at the club and the outfield players. Especially with a lot of big games coming up and getting bigger as the season goes on it’s important that the older guys help the young lads out.”

Can’t make to Stair Park? Jagzone members can listen to live audio commentary of the match. JagZoneLIVE begins at 7:30pm on Tuesday night.