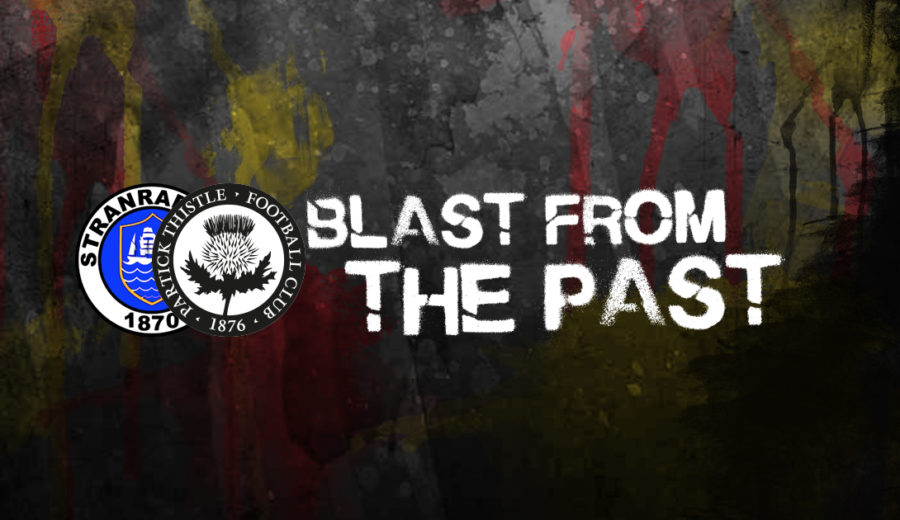 Blast from the past – Stranraer 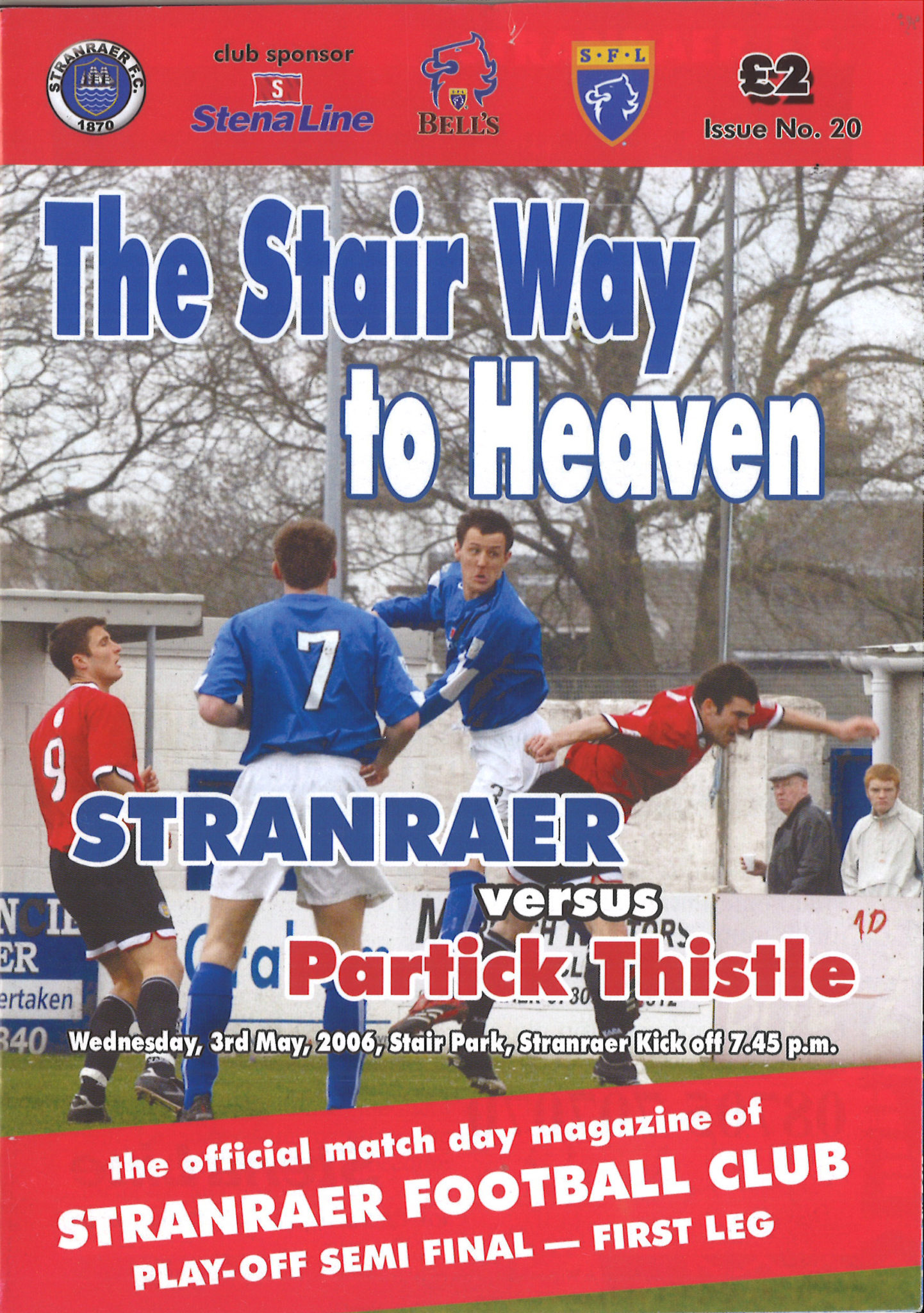 First of all, what a quaint title for a match programme! I must say I like it. I hope I am of the same opinion after our forthcoming visit to Stair Park in the Irn-Bru Cup. 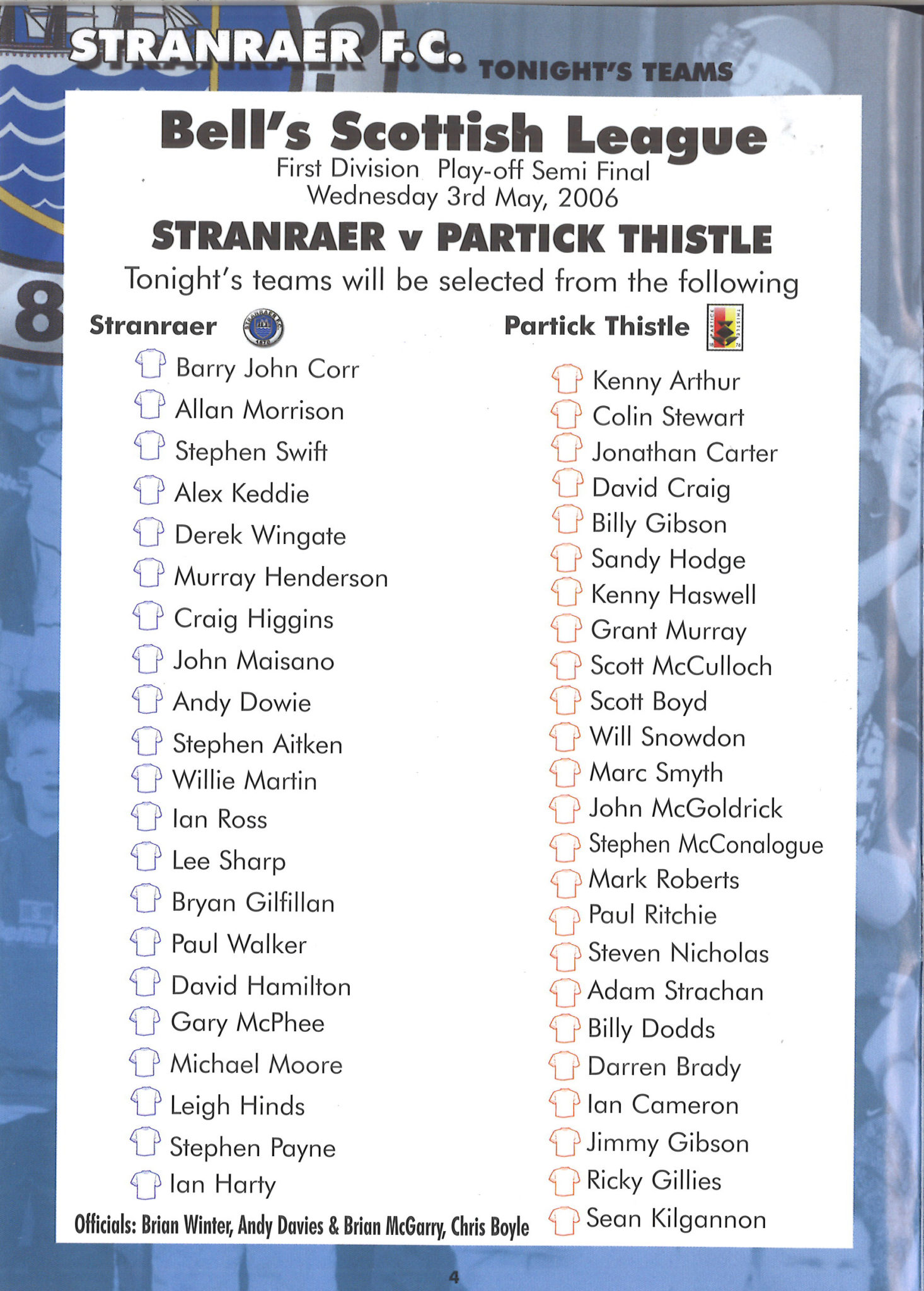 The featured encounter was indeed a strange one. Stranraer were at the time in the First Division, while we were languishing in the Second. The chance had now been offered to us to fight our way back up. The initial hurdle was cleared with some ease, as I shall now explain, although it didn’t look like it in the early stages of the match. As a matter of fact, Stranraer took the lead after 19 minutes and held that advantage until the hour mark. However, a free-kick was awarded to Thistle just outside the penalty-box on the right-hand side – perfect for big Scott “Boab” McCulloch. Up he stepped, drew back the left-foot and delivered an unstoppable thunderbolt which flew past Barry-John Corr in the home goal. There was only one winner now. Thistle were on their way and Mark Roberts scored a double in 71 and 77 minutes, the second from the penalty-spot. We took, therefore, a comfortable lead into the second leg at Firhill three days later, and, wait for it, proceeded to lose 2-1. Only Thistle can test the nerves of their fans like this. 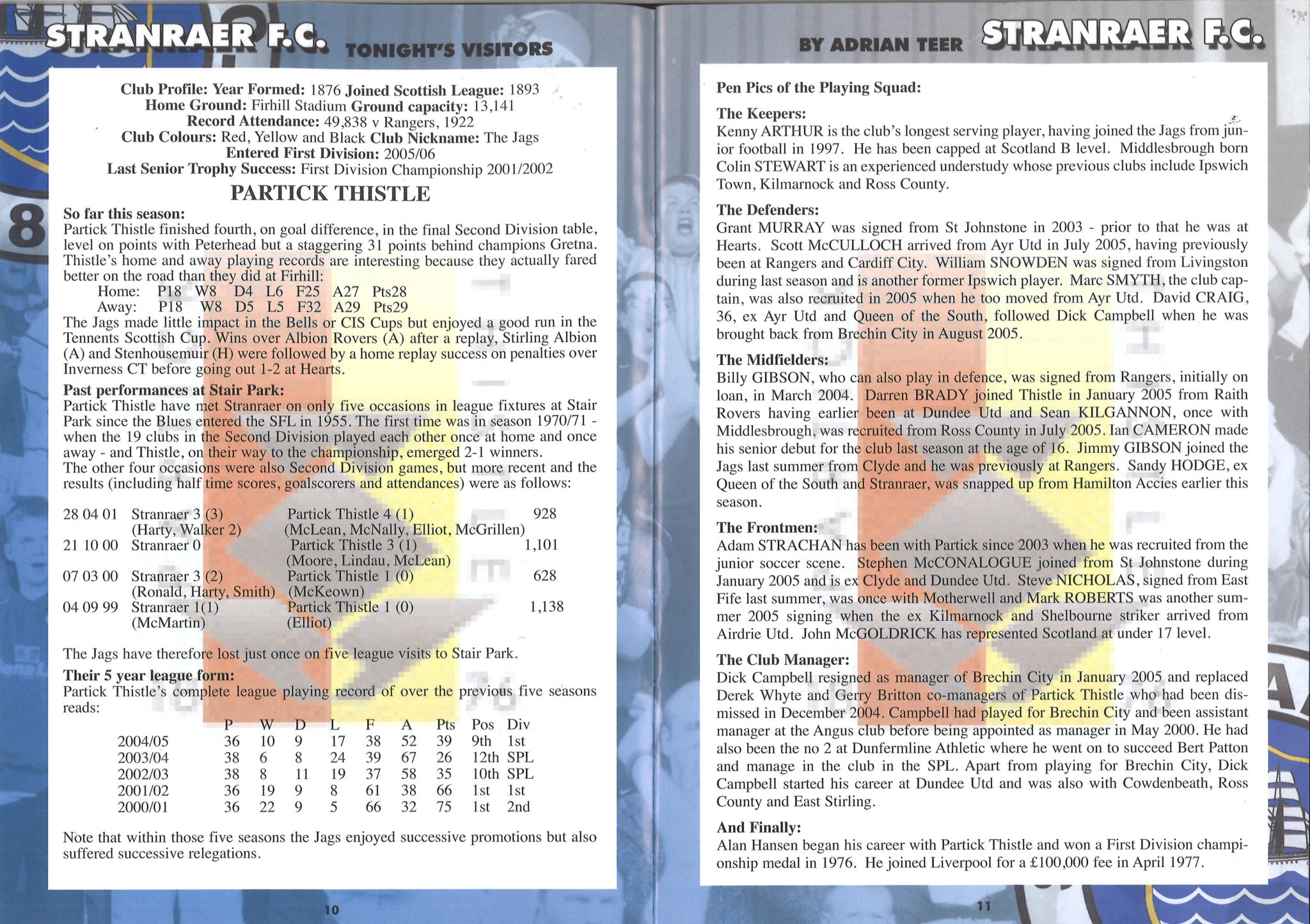 Anyway, our victory over the two legs set up the final drama which was to unfold up at Peterhead. Could we ever forget it? Thank goodness, we squeezed our way out of that and got back to the First Division. 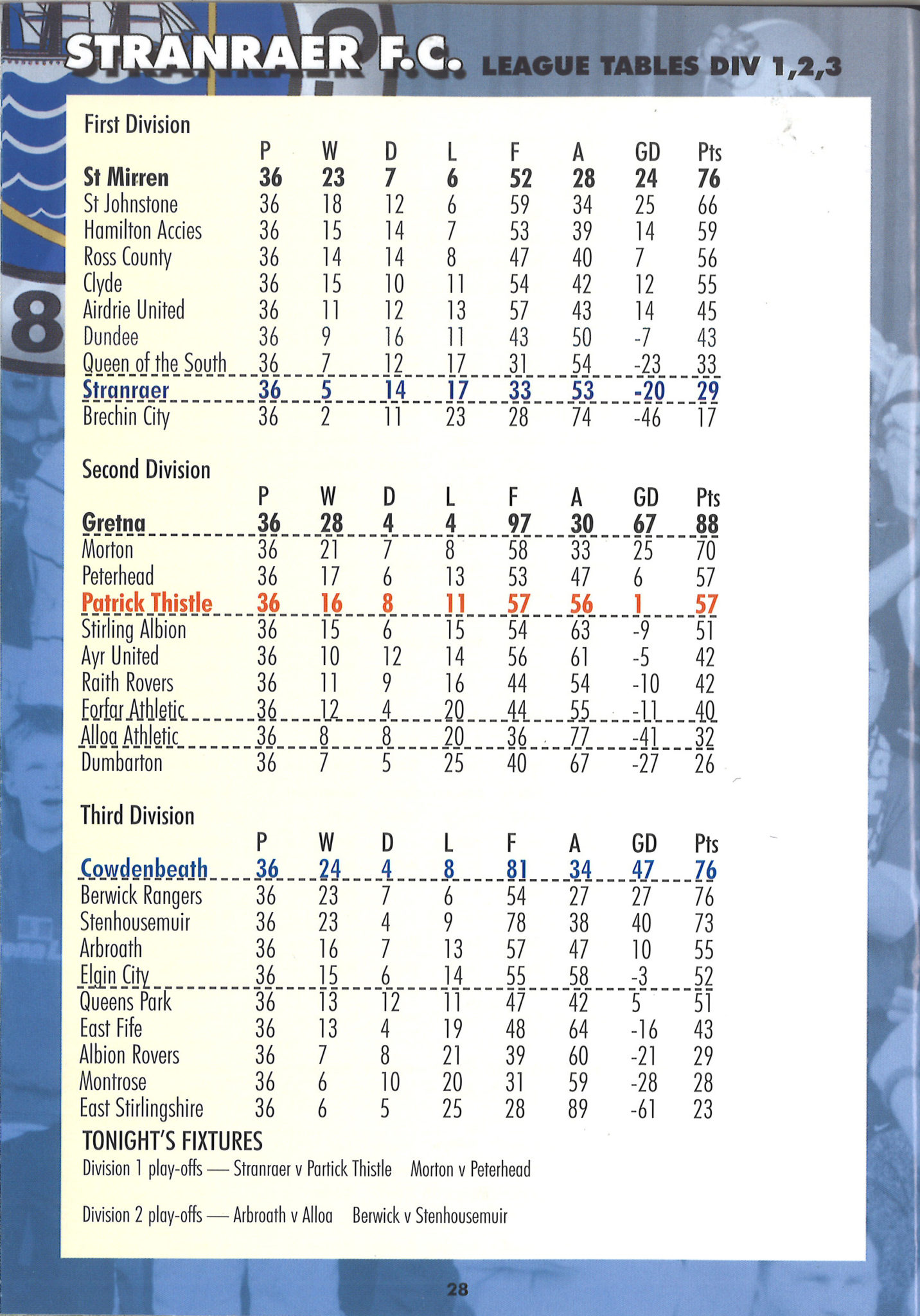 What unfolded thereafter was Stranraer losing to Thistle and Peterhead beating Morton.

It was a weird system. Ask the Morton fans! But then, as we all know, football can be a funny old game!