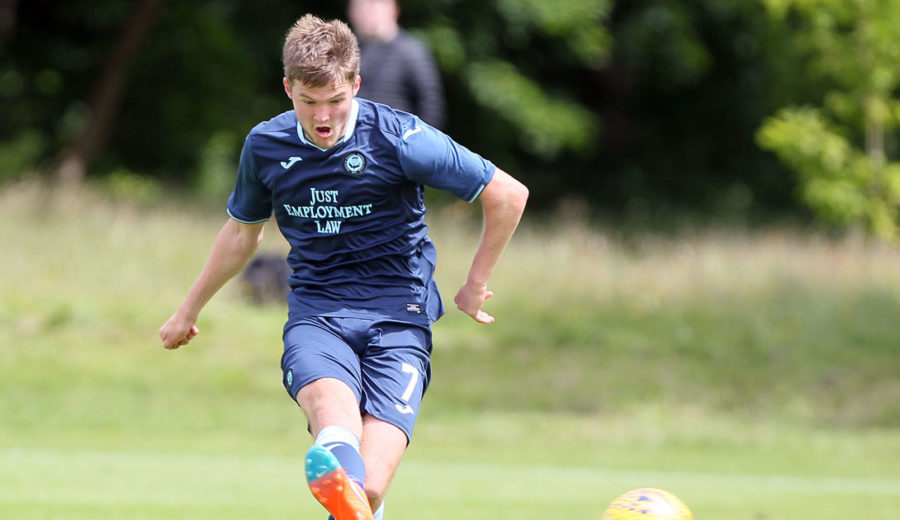 With competitive football returning in less than two weeks time, it’s almost time to kick off a massive season for Partick Thistle Football Club. This summer, Alan Archibald has had a sizeable rebuilding job on his hands with a large number of players departing the club at the beginning of the close season. Nevertheless, a strong core of players has been retained. The likes of Kris Doolan, Andrew McCarthy, Chris Erskine and Christie Elliott remain with the club which has left a solid base of players for Archie to build on. Another player who has stayed with the club through the summer is Blair Spittal. Blair played over 40 times in the red and yellow last season, bagging seven goals in the process and ptfc.co.uk caught a chat with the wide midfielder ahead of the new campaign.

To begin, we discussed Blair’s decision to stay with the club. Spittal could have left Maryhill during the summer but decided against an early exit from his contract with the intent of achieving promotion with the club.

“I think that the idea of leaving didn’t really sit right with me. Ultimately I was part of the team that got relegated and I feel I owe it to the club and the fans to stick by Thistle and give my all to get us back up. I’ve come back to training and there’s real determination in the dressing room. We have a good mixture of young hungry guys and experienced players which hopefully will make for a successful season.”

We then asked Blair about the squad in more detail. With a lot of players having left after last season there will be a new look squad for the new season. However, Blair feels that could be a good thing as Thistle prepare for a tough Championship campaign.

“Having to rebuild could be a good thing overall. It gives the gaffer a chance to shape the squad for the league we’re in. We kept a good core of players and the players that he’s added so far have been great. They’ve settled in quickly and look like they’ll be great players too.”

Spittal then mentioned the squad’s friendly games. The team have had a few closed door games already this summer and still have a match against Hearts to squeeze in before the competitive football begins. We asked Blair whether players see these games more as fitness building exercises or whether they are trying to show the manager what they can do.

“There are elements of both. Obviously, it’s part of pre-season so you’re still building fitness but at the same time you want to show the gaffer a bit of what you’ve got. You’re trying to get yourself in the team for that first game. Of course, sometimes we’ll have trialists in and younger boys so it’s difficult to perform at your best with guys you don’t know as well but you still have to give it your all.”

Having now got through the toughest part of pre-season, there is a desire to get back into competitive football in the dressing room and Blair is no different as we ended by looking forward with him to our season opener against Stenhousemuir which is in under two weeks time.

“We’re at that point where we’re fully back into the swing of things; we’ve done all the horrible running and we just want to get back to playing competitive football. All the boys are like that and we’ll be raring to go when we get to Ochilview.”

Blair will be here for the next big moment – will you? 2018/19 season tickets are on sale now – buy yours here.

Sponsorship of Blair’s away kit is still available, for more information please contact