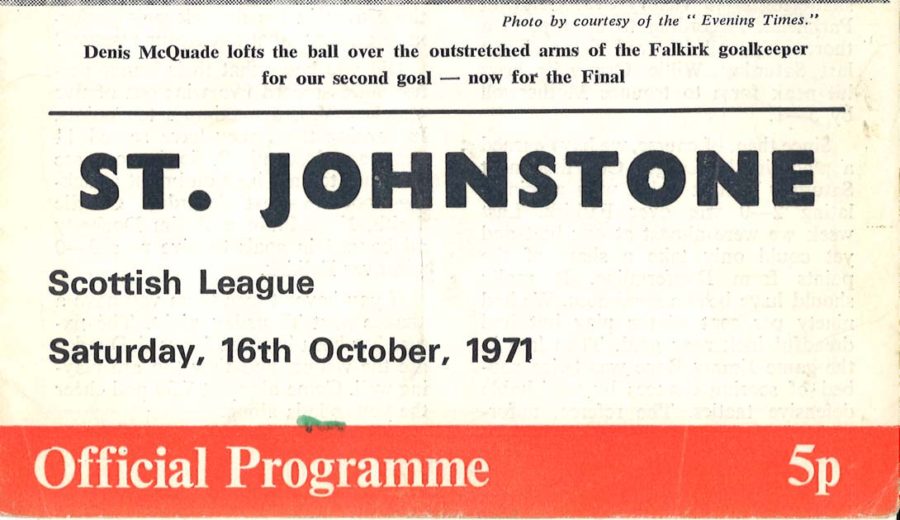 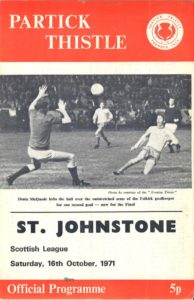 The date of this match is bound to have rung a distinct bell with Thistle fans. Yes, it took place exactly one week before our League Cup triumph at Hampden Park. In fact, the cover picture shows Denis McQuade scoring the killer second goal against Falkirk in the semi-final which secured our passage to the Cup Final. It is strange to reflect now, all these years later, that the semi-final was played on a Monday evening, the 4th of October to the precise.

Turning now to the featured match, Thistle fielded the team which would go on a week later to record arguably the club’s greatest ever result, with just one exception. At right-half we had the mercurial flamboyant Charlie Smith who would be replaced at Hampden by Ronnie Glavin. 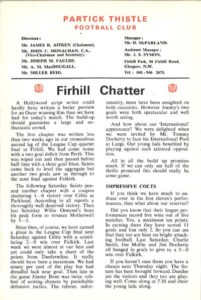 Connolly gave St Johnstone the lead after 56 minutes, playing into the hands of the experts who now declared that Thistle were playing with one eye on the final in a week’s time. This theory was blown out of the water when the Jags came roaring back and scored twice in three minutes.

The equaliser arrived in 64 minutes from the penalty-spot via the ice-cool Alex Forsyth, while the prolific Jimmy Bone struck what proved to be the winner two minutes later.

There was a familiar face in the St Johnstone team – Gordon Whitelaw, who scored 17 goals for Thistle in a total of 44 matches. 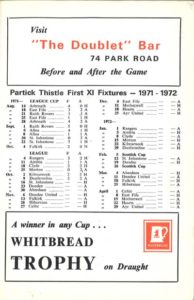 Now, here’s an easy one for you. Can you identify the Thistle player in the background of the cover photograph? Of course, you can.