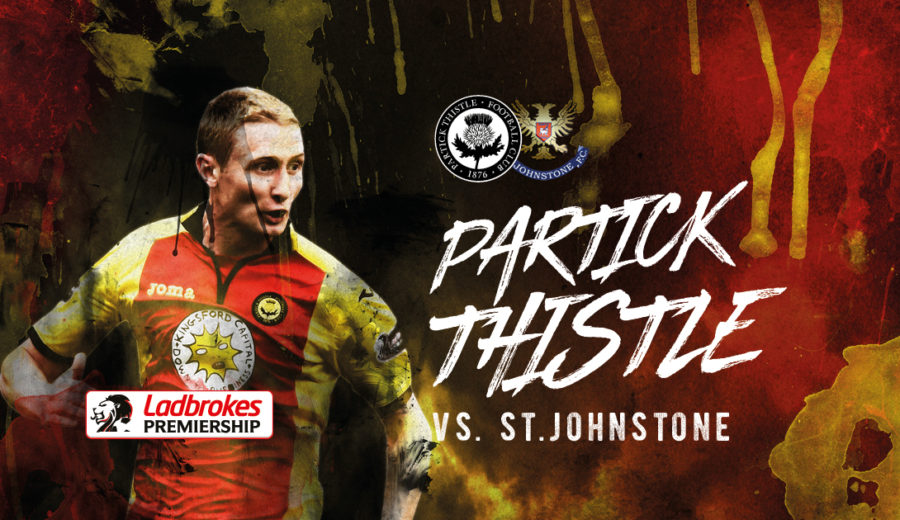 Chris Erskine is looking forward to getting back on the field after the international break robbed the team of a chance to get back out straight away and avenge the late defeat at the hands of Hearts two weeks ago.

St Johnstone come calling to Firhill and Erskine knows it’s important to start the next run of games off with a win.

He said: “The international break was frustrating, you want to get back out as soon as possible and put it right.  We are looking forward to getting back out there. It will be a tough game. We know that

“St Johnstone are a well organised team and finished in the top six last season so we know we will have to play well to get the points.

“Thistle had a good record against St Johnstone last season so we will look to carry that into this season and extend the run against them.”

After matches against two of last season’s top three, Chris feels it’s important now to get points on the board against the teams round about is in the league

“These are the game we need to win, especially the home games.  You have to win the games against sides you expect to be round about in the league and St Johnstone will be one of those teams. There isn’t much between a lot of the sides out with the top three or four so winning home games especially against these sides is vital.”

Squiddy, however, feels there are a lot of positives to be taken from the last two games despite the negative results.

“The hearts game was a sickener, we thought we done well enough to get something from the game, both that and the Aberdeen game we felt we could have taken something. They are two of the sides in the top four that anything is a bonus and we done really well so we will take the positives from that and take it into the match on Saturday.

“We go into a run of games that we feel we can do well in. We had a tough start but now we go into a run of games where we will try and build up a bit of momentum and get some more points on the board. Momentum is always important, you play well and start winning games and it is massive so we will look to do that starting Saturday.”

“I’m delighted with my start to the season, I’ve had a good month. I felt I’ve played well and I’ve scored a few goals in the cup and league.

“It’s been a great welcome back and I’ve been enjoying it and hopefully that continues. I’ve slotted in easily, obviously I was coming to a place I know and everyone knows me. The style of play and the way we play football hasn’t changed so it’s good to come into that and enjoy my football again after a tough few years where I wasn’t enjoying it.

“I’ve scored a couple so far this season but I never set myself targets in terms of goals. As long as someone is putting the ball in the net then that’s all that matters and if I can continue playing well and helping the team I will be happy.”

“It’s great to be nominated for something like that. Football is a team game and the hard work is by the entire team and not individuals but it’s nice to be nominated and it gives you another boost.”