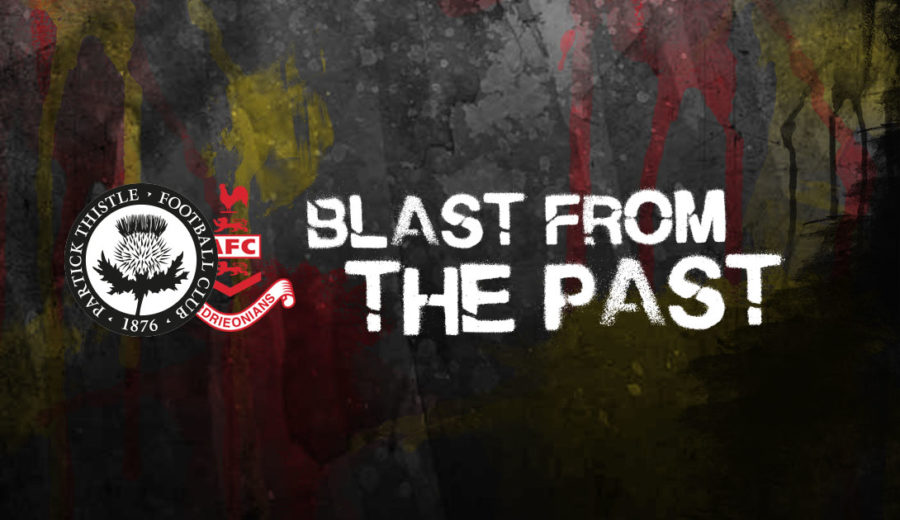 Blast From The Past – Airdrieonians 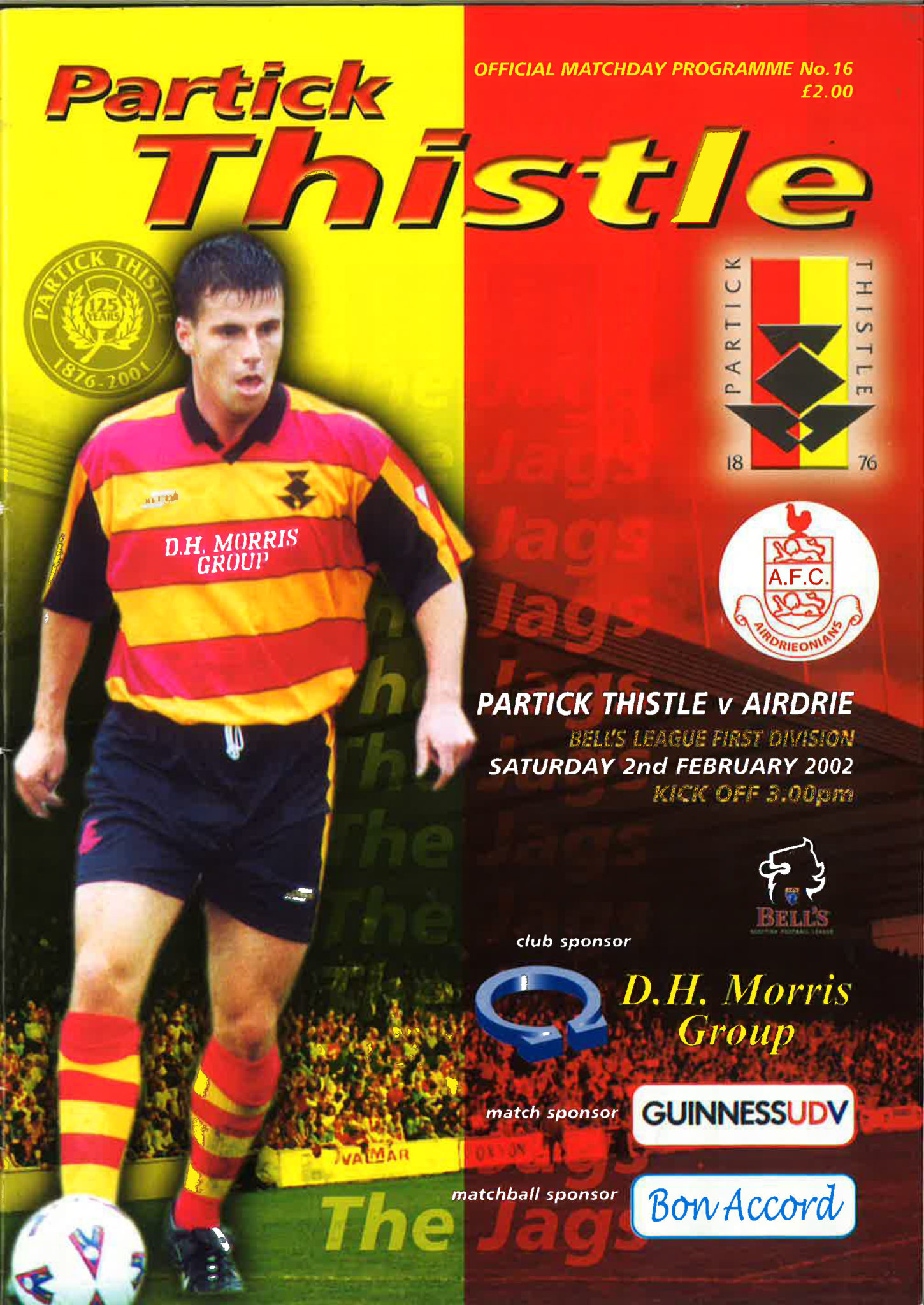 I have chosen to feature Airdrieonians’ most recent visit to Firhill. Let me hastily explain that they have been here on twelve subsequent occasions, but were by then operating as Airdrie United. In a procedure which I have never quite understood, they took over Clydebank and emerged once more as Airdrieonians. All of that is history now.

It is time now to welcome the Diamonds for the opening Betfred Cup group stage tie for the new season 2019/20. Back then, although Thistle and Airdrie were battling it out for 1st and 2nd place, it proved to be a fairly undistinguished match, never to be descried as a ‘Firhill Thriller’!

The visitors took the lead through McPherson after 22 minutes and we had to wait until the 70th minute before Alex Burns popped up with a welcome equaliser. The full Thistle team, riding high at the top of the league with Airdrie in second place, was as follows:- 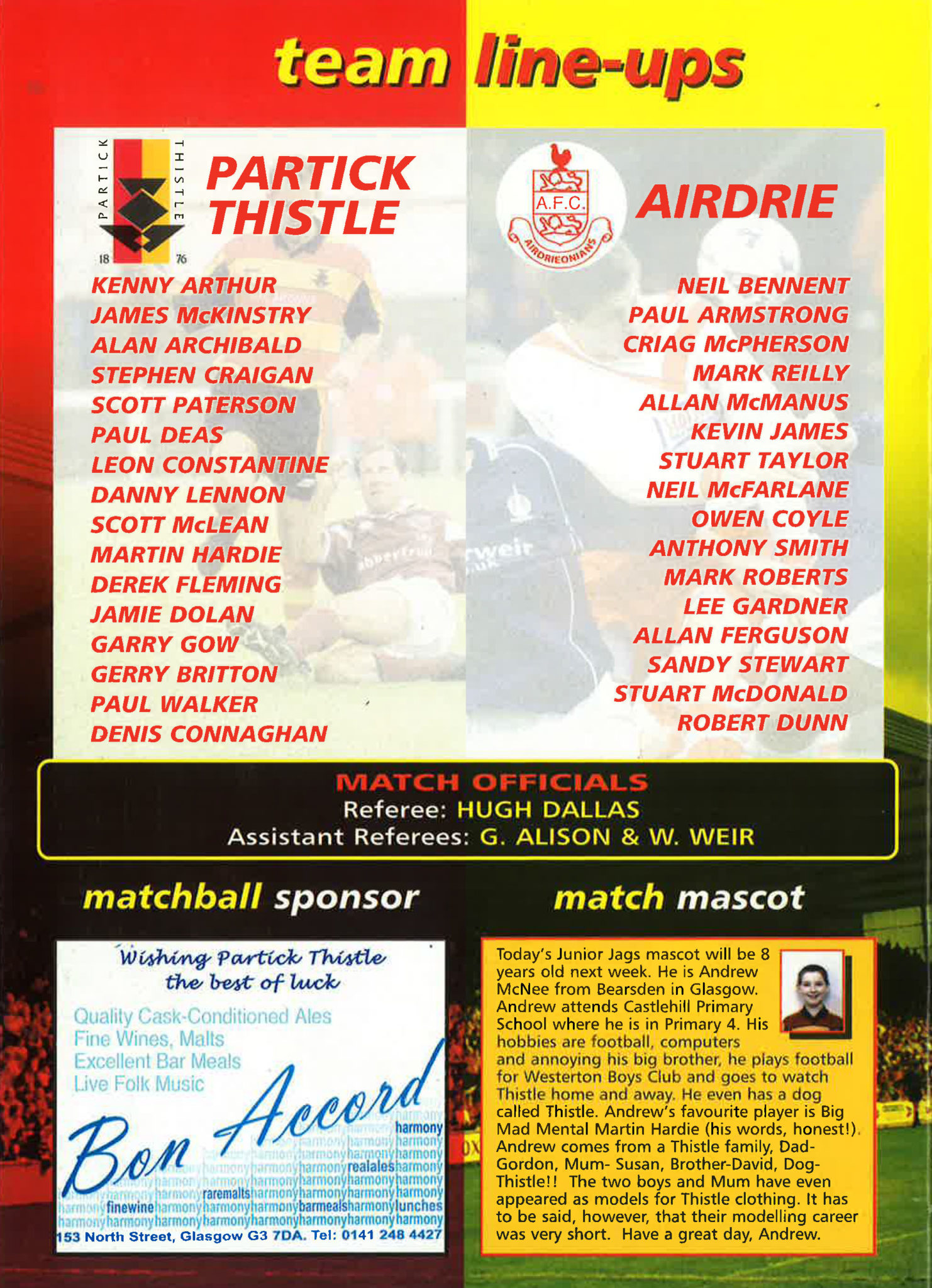 The referee for the match was fans’ favourite Hugh Dallas. One added bonus was the fact that Owen Coyle didn’t score against us; something he’d done with monotonous regularity over the years.

Between the date of the featured match and the end of the season, Thistle fought off Airdrie’s challenge and strode towards a return to the Premier Division.

Interestingly, won the toss and in time-honoured fashion chose to attack towards the Maryhill end, a routine followed rigorously for years, but now abandoned.

I am sure you will have had no trouble identifying the player on the front cover. Yes, it’s Scott McLean, prolific goalscorer.

Well, that’s the ball rolling for yet another season. Fingers crossed!