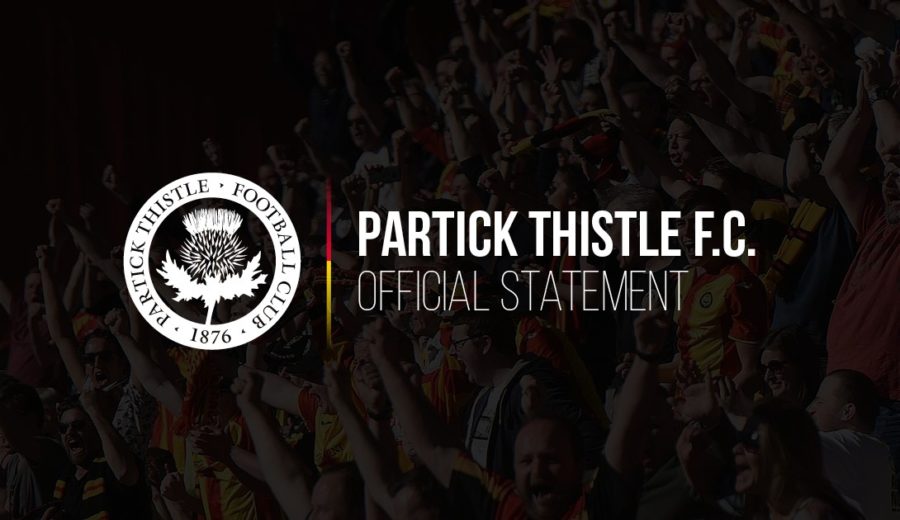 Following changes to the Board announced earlier today, the club can confirm that David Beattie has this afternoon been appointed Chairman of the Board.

David will now liaise with the club’s chief executive and first team manager to ensure all involved are united in the objectives for the season ahead.

David Beattie said: “It was a privilege to serve Partick Thistle for so many years previously and, while I didn’t anticipate this day coming, it is again an honour to do so – and I will only ever act with the very best interests of the club at heart.”

He added: “We have reinstated David Kelly as head of finance with immediate effect. Further, we will be making contact with Colin Weir as a matter of priority, given his significant contribution as a supporter and benefactor of the club. The Board will also be engaging with the club’s various trusts.

“We believe the Board now has the correct blend of skills and experience to drive the club forward.”

Contrary to a previous club statement (Wednesday 3 July), the interest from potential new investors is not speculative but a formal approach. Existing investors had raised concerns about the direction of the club therefore the Board are in active dialogue with potential new investors to fully understand their interest and to establish if that could support the growth and long-term sustainability of the club.

There will be no further comment in addition to the above this week. Everyone on the Board wishes Gary, his staff and players the very best of luck in our first competitive match of the season against Airdrieonians in the Betfred Cup at the Energy Check Stadium at Firhill this Saturday.