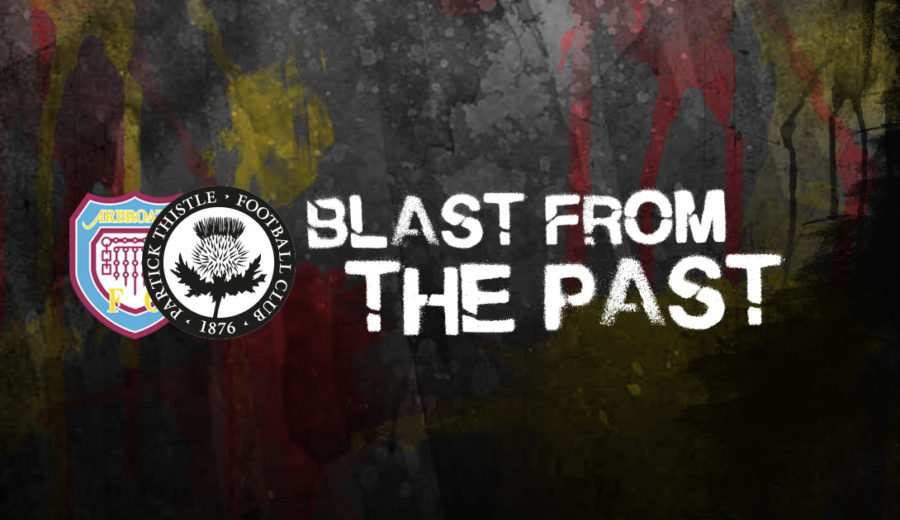 Blast From The Past – Arbroath 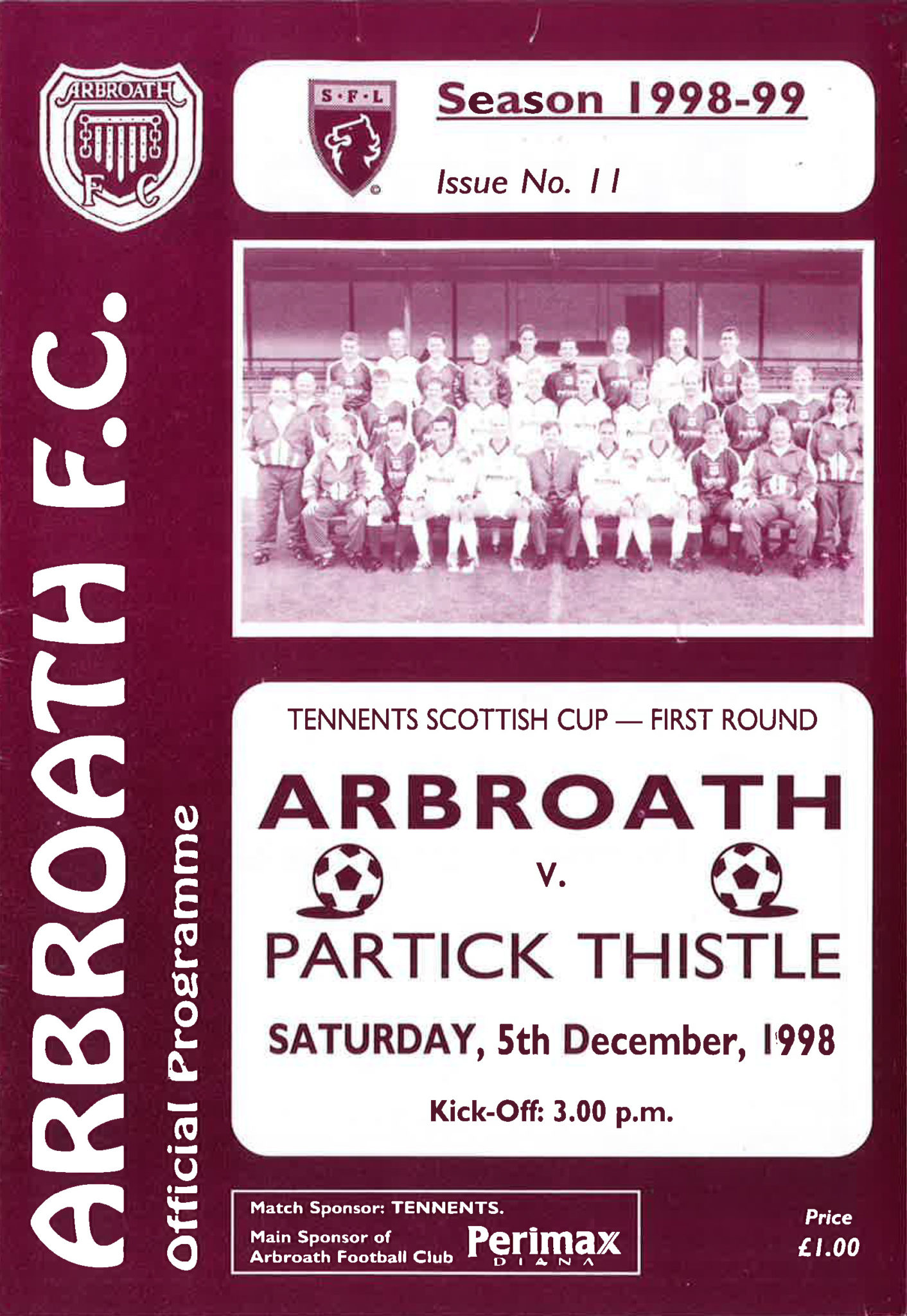 For anyone who hasn’t visited Gayfield let me explain that the ground is situated right on the sea-front, very picturesque of course, but harsh in winter. Well, on this occasion the snow had been cleared from the pitch, but temperatures were pretty low, so we were prepared for a very challenging ninety minutes, and so it proved, on and off the pitch.

Thistle were on a run of very indifferent form, but we made a promising start. Paul Tosh fired us in to the lead after just eight minutes and we saw out the next half-hour before the match took a bizarre turn, when David Kennedy conceded a penalty-kick and was ordered off for his trouble. 39 minutes had been played. Gallacher equalised from the penalty-spot, so we would have to battle for 51 minutes with 10 men, or so we thought! Never could we have imagined that 10 would soon become nine and then nine would become eight!

We hadn’t won an away game for ages, while enjoying the benefits of having 11 men on the park. How could we manage with eight men when Des McKeown and Jamie McKenzie were also sent for an early bath?

Somehow the eight managed to hold on to the 2-1 lead given to us by a Robert Dunn goal in 42 minutes, and all credit to them.

As the match unfolded, we could not believe we would make it through to the next round. Everyone with a “Red Lichties” connection was stunned, as you can imagine. Thinking back, getting that second goal when we did gave us just a glimmer of hope. I think if eight had become seven, the match would have been abandoned altogether.

Anyway, those of us in attendance that day can rightly claim to have been present when our team was involved in one of its strangest matches ever. Over 20 years have gone by, but those events are firmly etched in the memory. Think about it on your next visit to Gayfield! 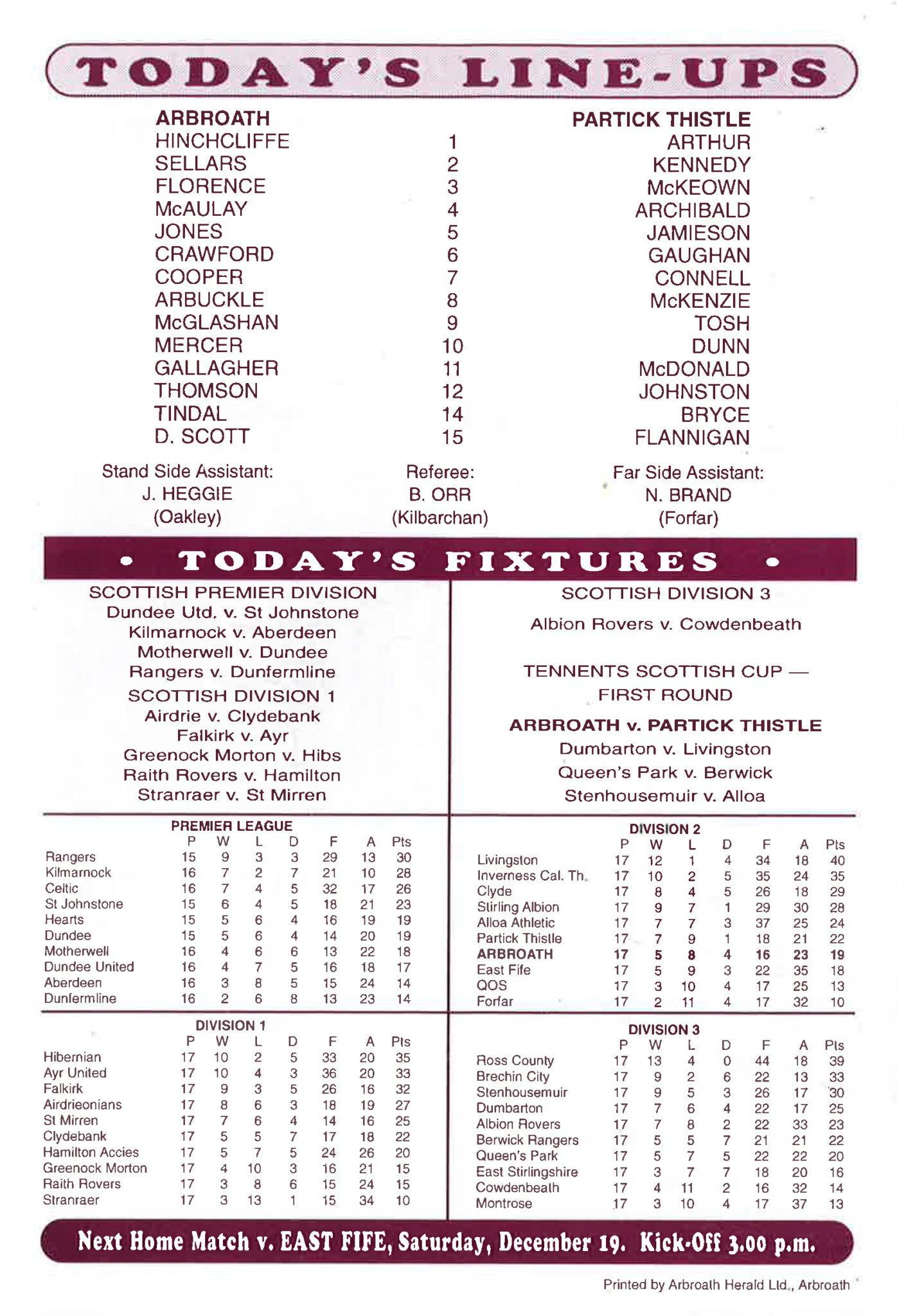 Joking aside, we were in a terrible mess that season and escaped relegation to the third division by the narrowest of margins. Perish the thought!

P.S. A propos to nothing in particular, in goal for the home side was Craig Hinchcliffe.