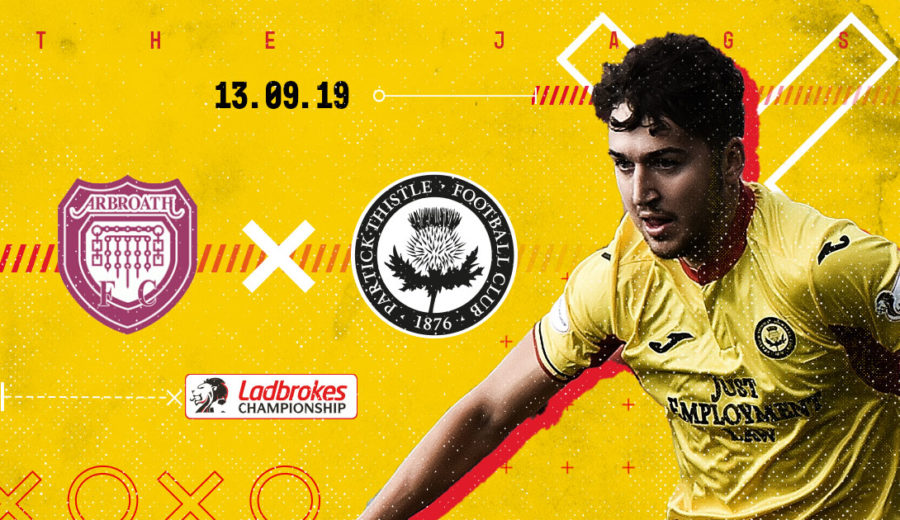 Dario Zanatta introduced himself to the red and yellow army with a man of the match performance against Ayr two weeks ago, and now the winger is looking forward to reacquainting himself with the support after sitting out last week due to being cup tied.

The Canadian can’t wait to get back out there and help bring the first three points of the season back to Maryhill.

Speaking to ptfc.co.uk he said: “I didn’t get the chance to play last weekend but I’m looking forward to the opportunity to build on my first performance. Hopefully I can help the team build on the display and win against Montrose last weekend to get our first league win on the board.

“The Montrose game came at a bad time just after my debut. I had already played for Hearts Reserves in the competition so I had to miss out which was frustrating, but I can’t wait to get back out there on Friday.

“It’s a good chance for us to go there and get our first league win and really kick start the league campaign and start turning things around.”

Zanatta was one of the bright lights from the Ayr defeat but he feels there was a lot of positives to take from the game that he hopes to take into the game against Arbroath and show the watching world on TV.

“I think we showed some good things against Ayr when it was 11 v 11 and we have a lot we can build on from that game. I don’t think we are far away and hopefully we can get things going against Arbroath.

“They’ve shown they are a team who are going to compete in this league so it won’t be easy, but we feel confident that we can go and perform as a team and get the three points.

“Everyone always enjoys playing on TV and Friday is a chance to go out and show what we can do, show that we are better than we have shown so far this season and start to climb the table.”

After the win against Montrose Dario is expecting a similar type of game, one where Thistle would be expected to win but one which will be a tough test.

“We got the win against Montrose, which was a game we were expected to win, Friday is maybe similar in that many expect us to win but we won’t do that if we don’t go out and play well. Arbroath have had some good results this season and we have to play well, or we won’t take anything from the game.”

“I’ve not had many games so far this season so I’m feeling fitter even after that one game. I’ve had more training now with the lads and they have been great. They’ve welcomed me in well and I’ve got to know them all better and get to know their game which will only help out on the pitch.”

Dario is hoping the fans can drive the players on to that first league win which everyone is working together for.

“The fans are looking for results, we know that, we need them to be patient with us and positive with us, that’s going to help us out there and help everyone get the result they want and need.”

More exclusive preview interviews with Kenny Miller, Tommy Robson and Jags manager, Gary Caldwell, are all available to JagZone subscribers – log in to see them.

Can’t make it to the Gayfield Park? JagzoneLIVE will bring you coverage of the full 90 minutes through our audio commentary service which begins begins at 6:50pm – you can listen in here.