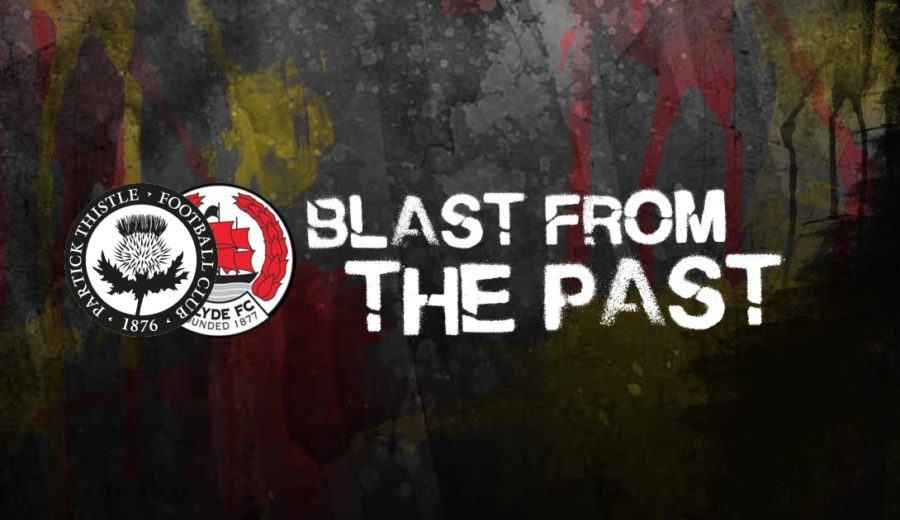 Blast From The Past – Clyde 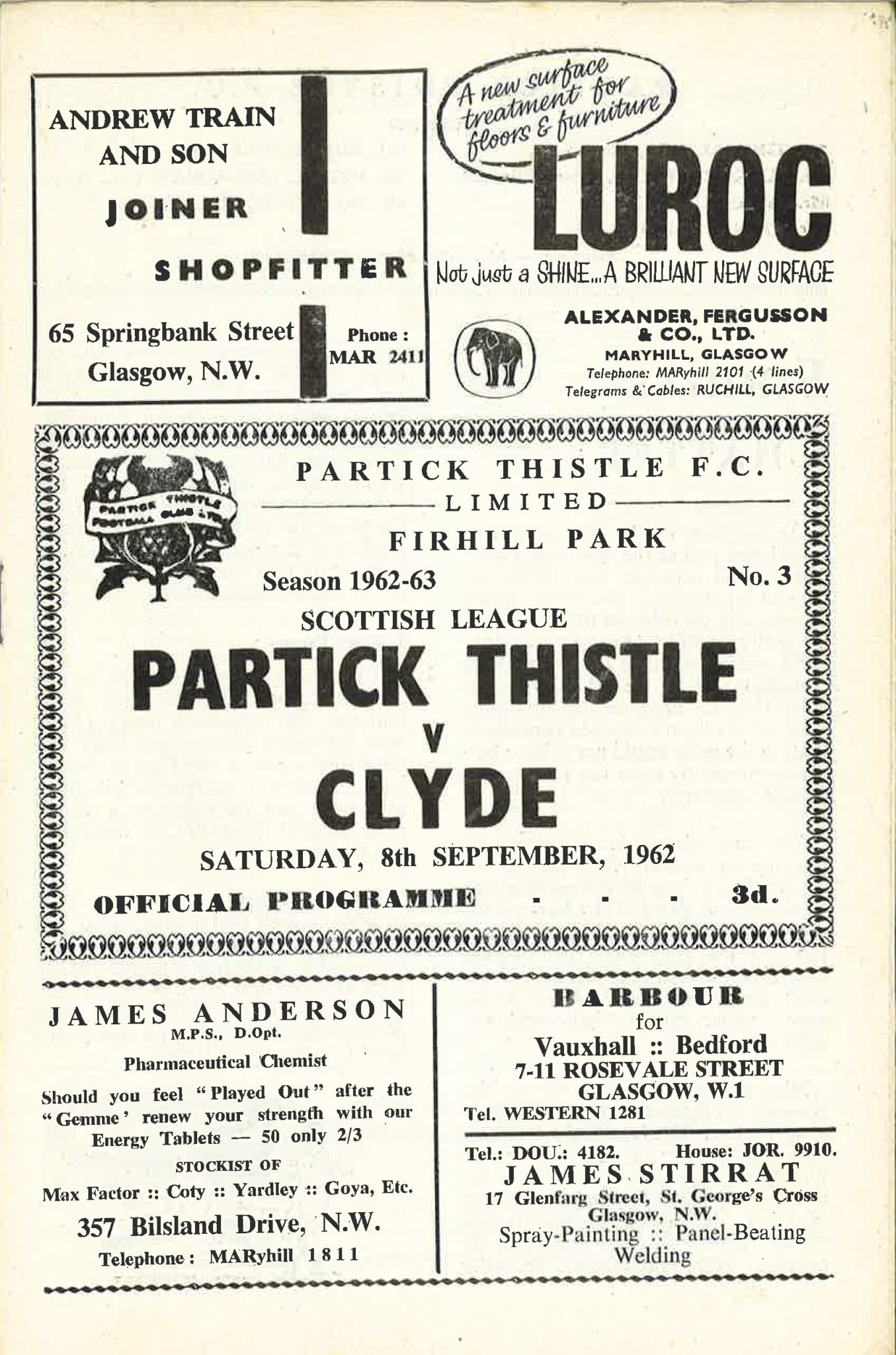 It’s a strange thing, but as a young football fan (not that I could be considered young in 1962), I was quite tolerant of other clubs, admiring their achievements and so on. After all, Clyde had won the Scottish Cup in 1955 and 1958 and that was pretty impressive. From much earlier than that, I had been a ‘dyed in the wool’ one club person, immersed deeply in every aspect of Partick Thistle, so while feeling reasonably well-dispersed towards the men from Shawfield, I was delighted to give them a really good trashing in the featured match. When they came to ground-share with us later on, I went off them completely, especially when they beat us on our own patch!

Thistle got off to a whirlwind start, with George Smith scoring after three minutes. Martin Ferguson weighed in with a second goal 11 minutes later from the penalty spot. Things just got better and better with George adding a third just after the half-hour mark. Clyde had no answer to stem the tide. Next up was Joe McBride, ace goalscorer, on 57 minutes with David McParland completing the rout five minutes later. 17 minutes from the end, Clyde scored a consolation goal from the penalty spot, but it was certainly Thistle’s day. 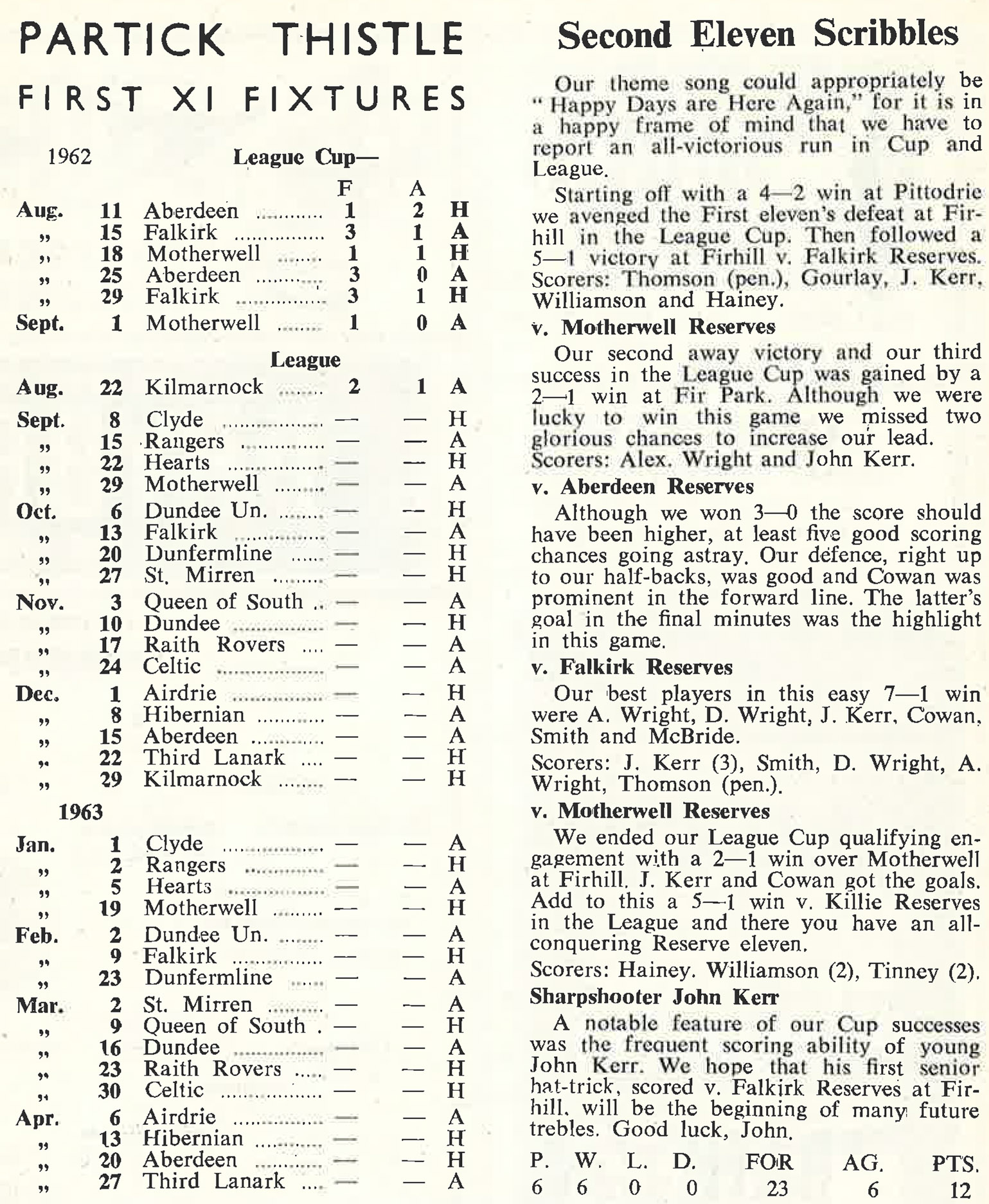 It was a great time to be a Thistle fan during October and November. We won 10, yes 10, league games in a row. At the New Year, the Jags were joint top of the table, eventually finishing third. This was the year of the big freeze, with virtually no football played for three months. It’s speculation, of course, but had the weather not intervened, we would have won the league! Maybe.

The referee for the match was R. H. Davidson, one of the best I have ever seen in all my years of watching football.

At left-back for Clyde was Harry Haddock. He is credited, along with our own Jackie Husband of course, with the introduction of the long-throw. Remember that in those days the ball became really heavy in muddy conditions. Today you could throw the ball with ease to Queen’s Cross or maybe even St. George’s Cross!

Returning to the adverse weather already referred to, I have heard it said many times that 1962/63 provided the only chance Thistle would ever have of winning the top league. Maybe so! Let’s concentrate on winning the Championship!