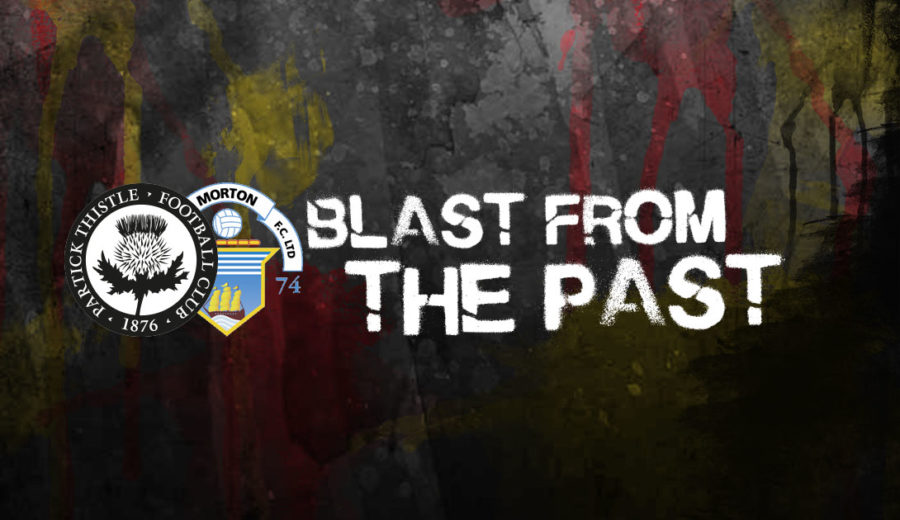 Blast from the past – Greenock Morton 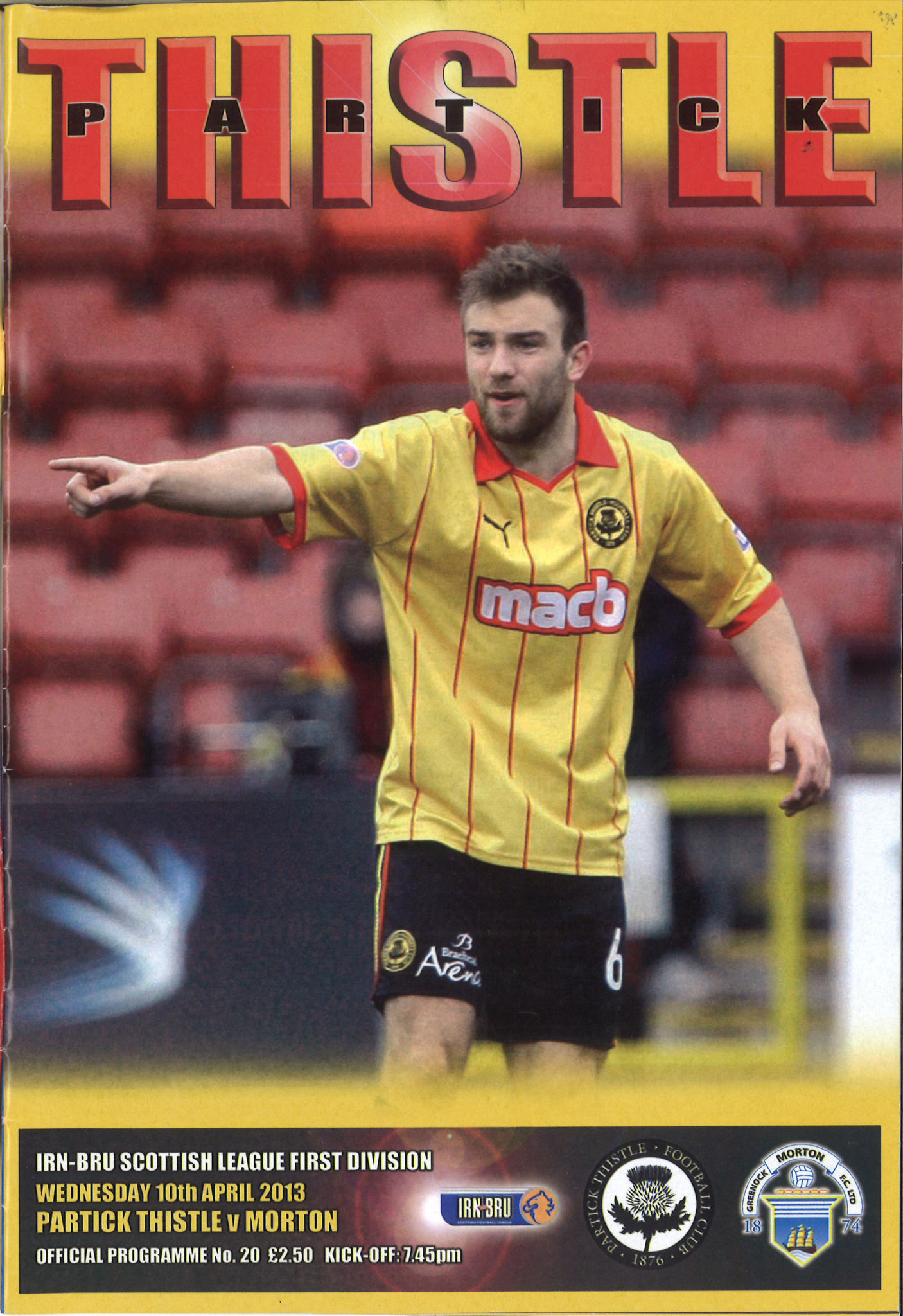 Because of the perceived importance of this particular match there was a healthy crowd inside Firhill. Over the previous few days there had been a sort of despondent feeling which had carried over from the disappointment felt due to the injustice of the outcome of the Ramsden’s Cup Final the previous Sunday through at that place in West Lothian. The wounds inflicted upon us there recently are still too raw to mention it by name. There were only a few days available for the team to lift themselves and get after Morton with drive and enthusiasm. Could they turn in a really positive performance? Fortunately, the answer was a resounding yes. We need to get over the finish line and get back to the Premier League. A win in what was a very tense, hard-fought match would almost guarantee promotion. There was a lot at stake and the players responded admirably. 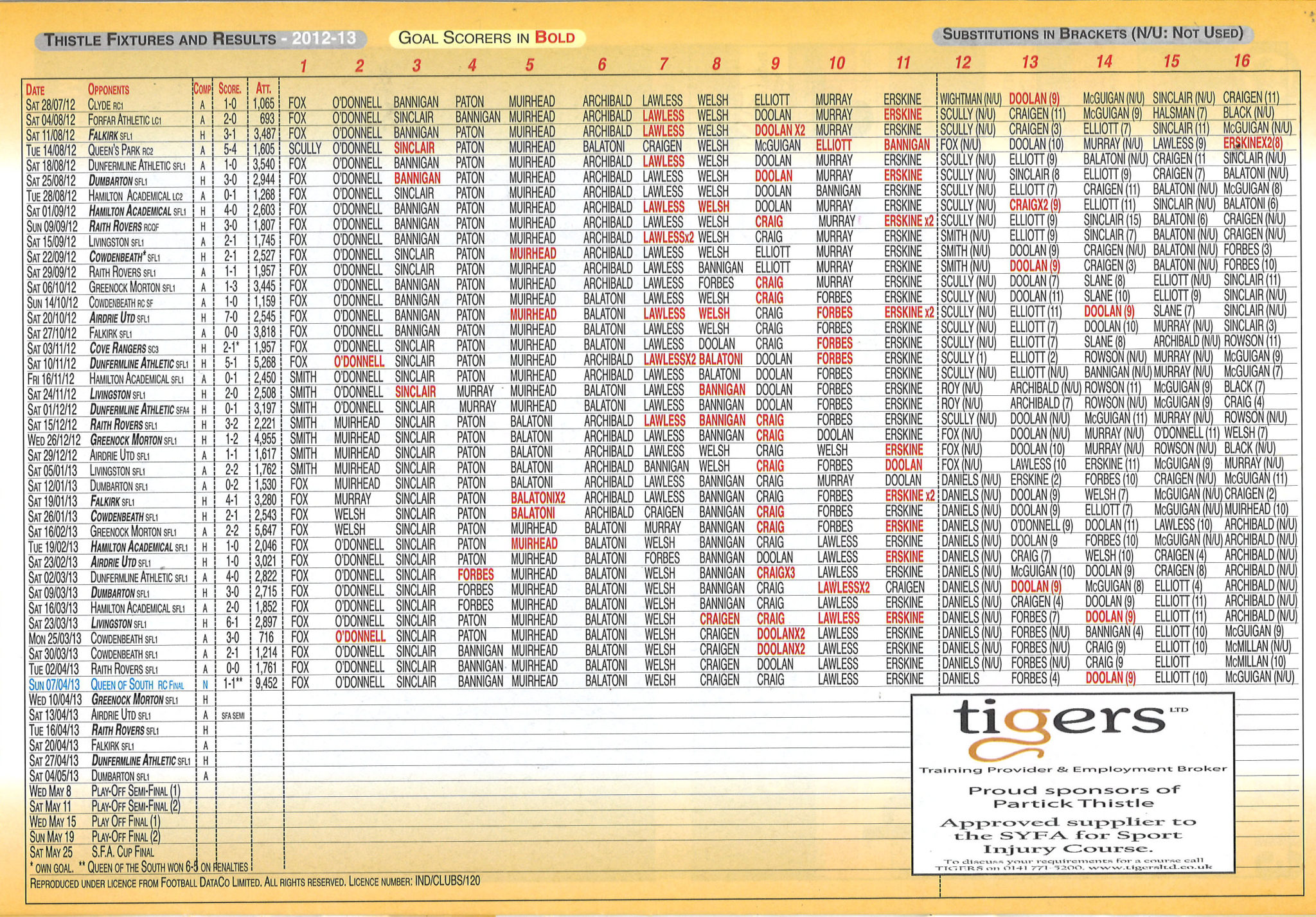 The hero of the hour was to be the hard-working unobtrusive James Craigen, who notched the only goal of the game after 40 minutes. Morton would, of course, come at us after the interval, but it wasn’t a “backs to the wall” situation. Thistle continued to play their football and emerged worthy winners, in the process helping to erase the memory of the previous Sunday. We were now well on course for the Premier League which was a remarkable achievement for Alan Archibald and Scott Paterson, who had to move into the hot-seats in mid-season, remarkably against Morton at Cappielow. 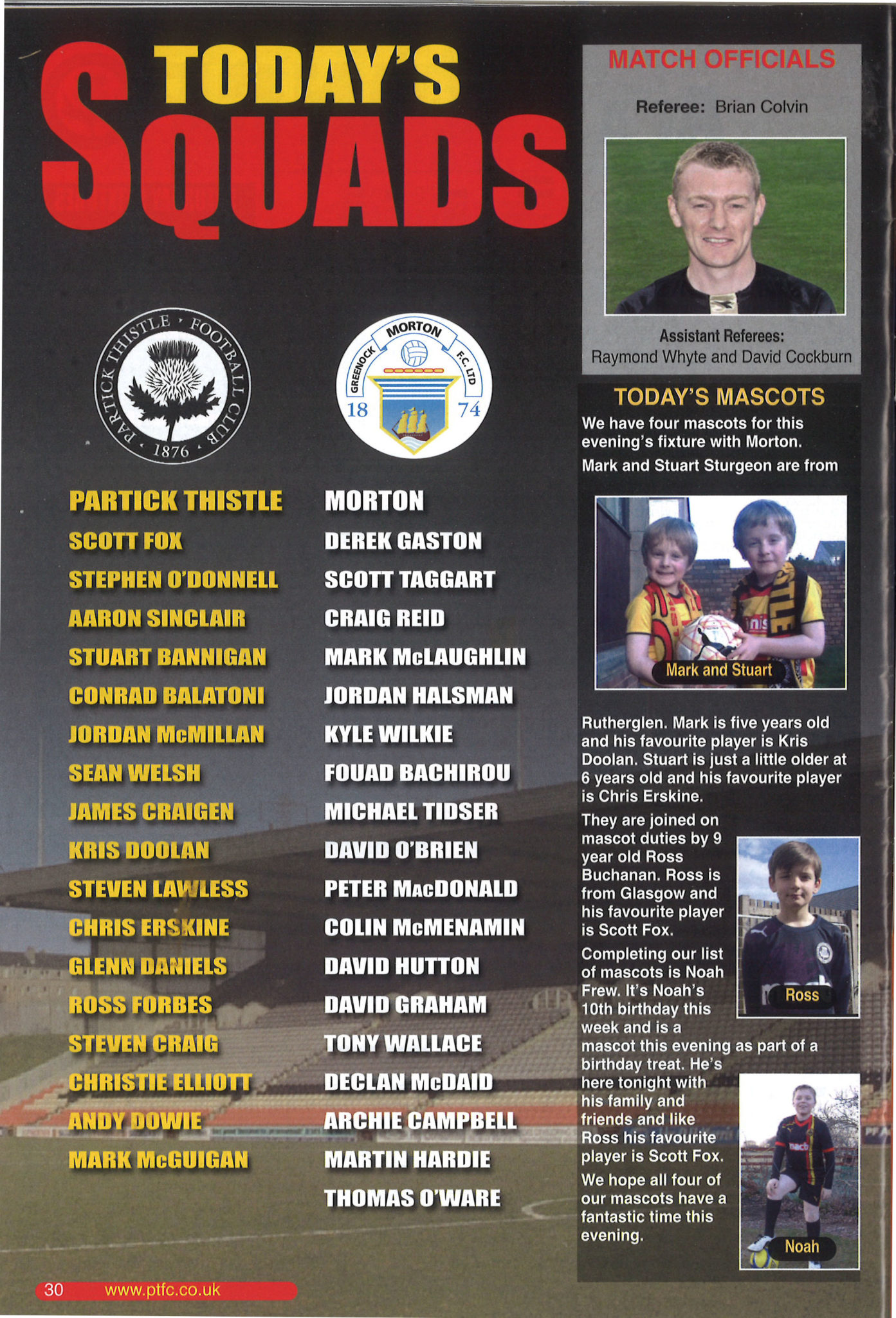 Five years down the line, only Bannigan, Doolan and Erskine remain, and Chris did have a spell away in the City of Discovery – such is the changing face of football!

P.S. The featured programme was a bit unusual. There was a wrap-around cover highlighting the TAG scheme, so the usual match details are on page 3.