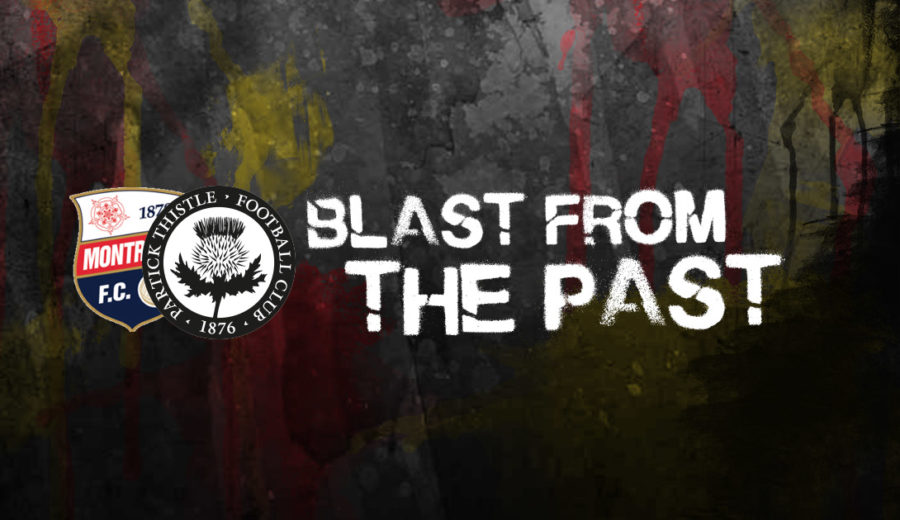 Blast From The Past – Montrose 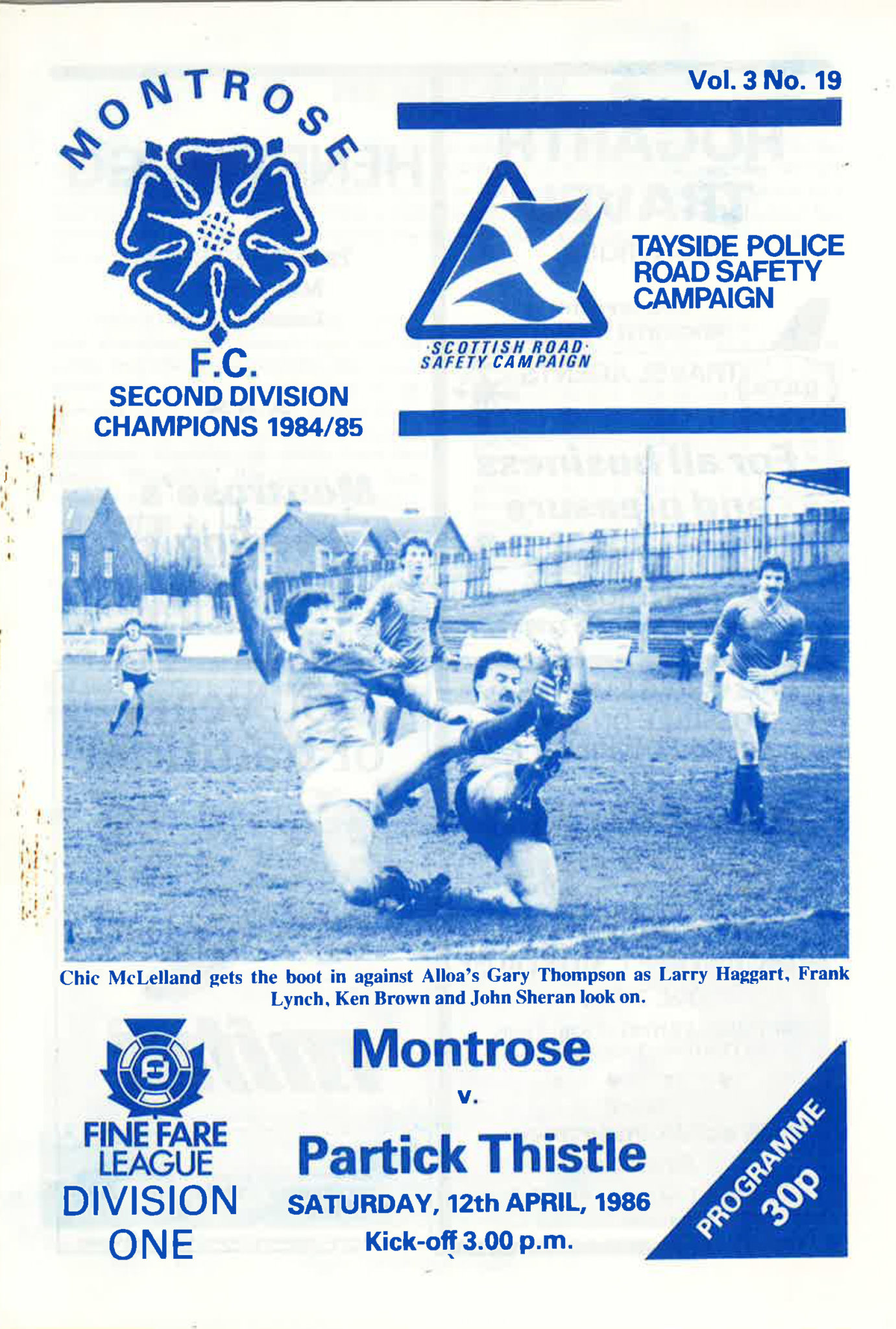 As season 1985/86 trundled on in distinctly unspectacular fashion, with Thistle destined for their usual eighth position, it had already been accepted that promotion was well outwith our capabilities and avoiding any possibility of relegation became our main priority. By a country mile, the best player in our team was the elegant Kenny Watson, and it was he who won the match for us with that magical left foot, which delighted the travelling support. A sumptuous free kick from 20/25 yards gave the opposing goalkeeper not an earthly.

That goal after 62 minutes was worth the journey north in itself. Here are the names of the other ten men who played their part in an important victory, which earned the Jags two points:- John Brough, who came to Maryhill from Heart of Midlothian was in goal. The full-backs were Brendan McIntyre and John Workman. In front of them were John Murray, Joe Carson and captain, Kenny Watson, while posing an attacking threat were Gordon Dalziel, Bobby Law, Alan Logan, Willie Herd and the speedy and tricky Pat Kelly. The substitutes were Eddie Gallagher and Paul McKenzie.

Three minutes after Thistle scored, Montrose brought on a substitute in an attempt to salvage something from the game. His name was Dougie Somner. Thank goodness Dougie failed to score on that occasion.

Links Park in 2019 is a very different place from when the featured match was staged but I suppose you could say that for most grounds.

When Thistle won the First Division in 1975/76 they only lost one game away from home and that was at Links Park, where we were defeated by two goals to one (Thistle scorer John Hansen). 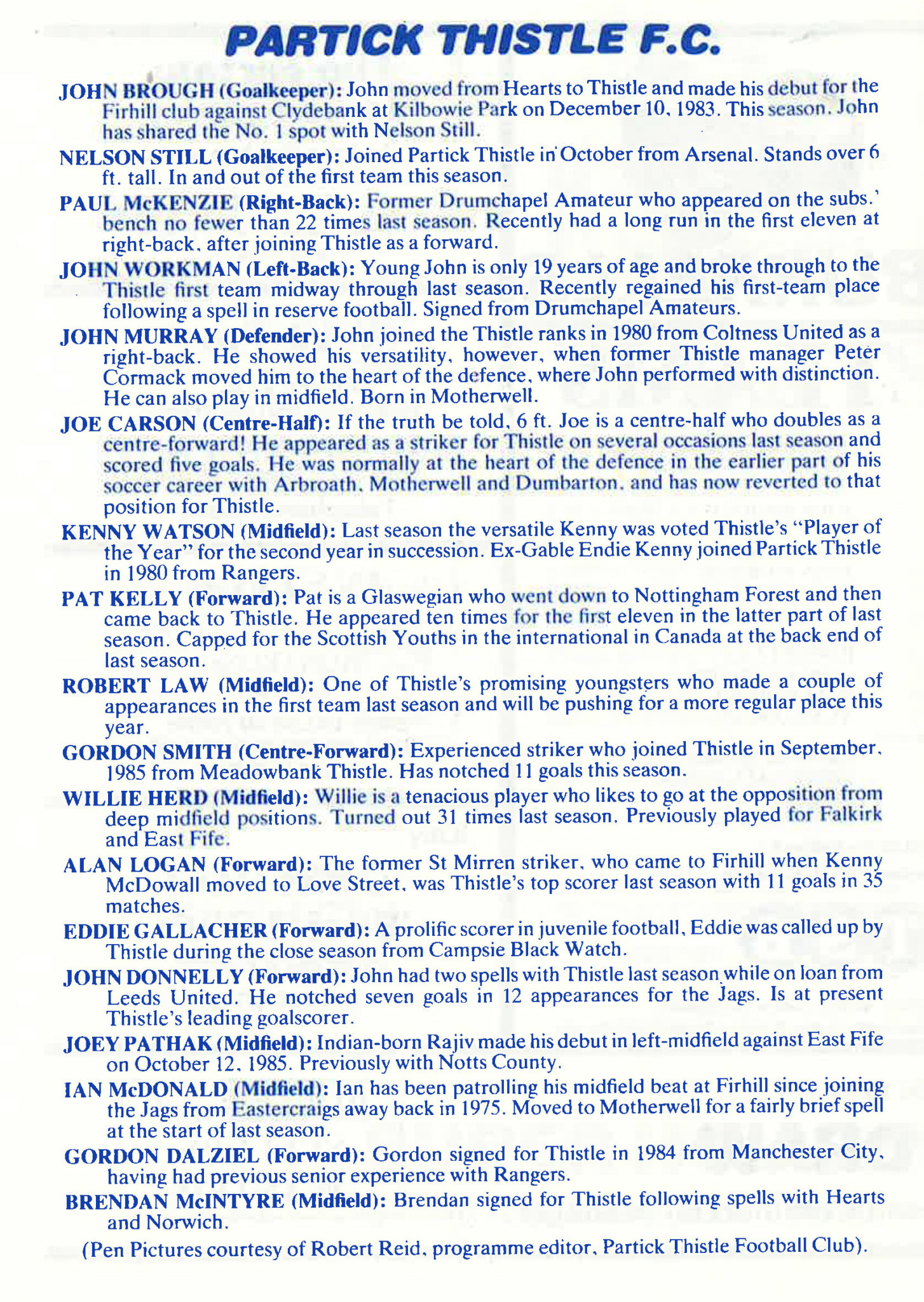