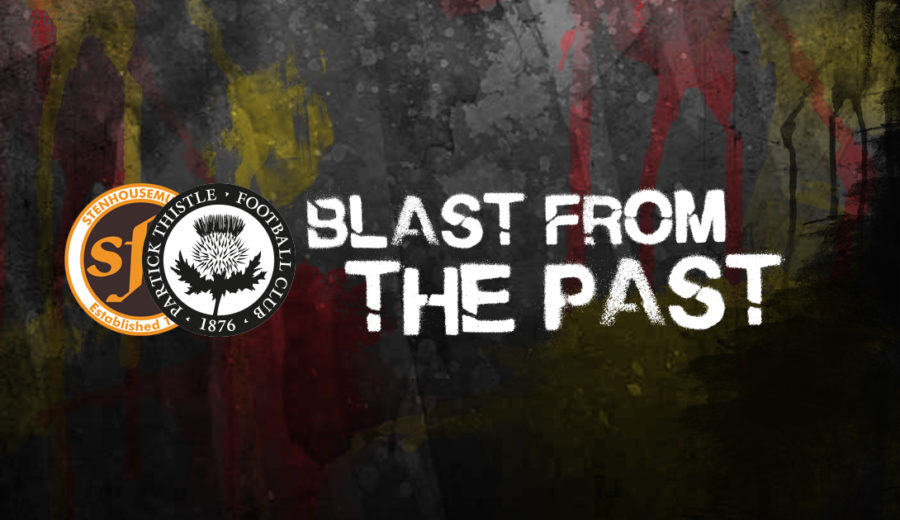 Blast from the Past – Stenhousemuir 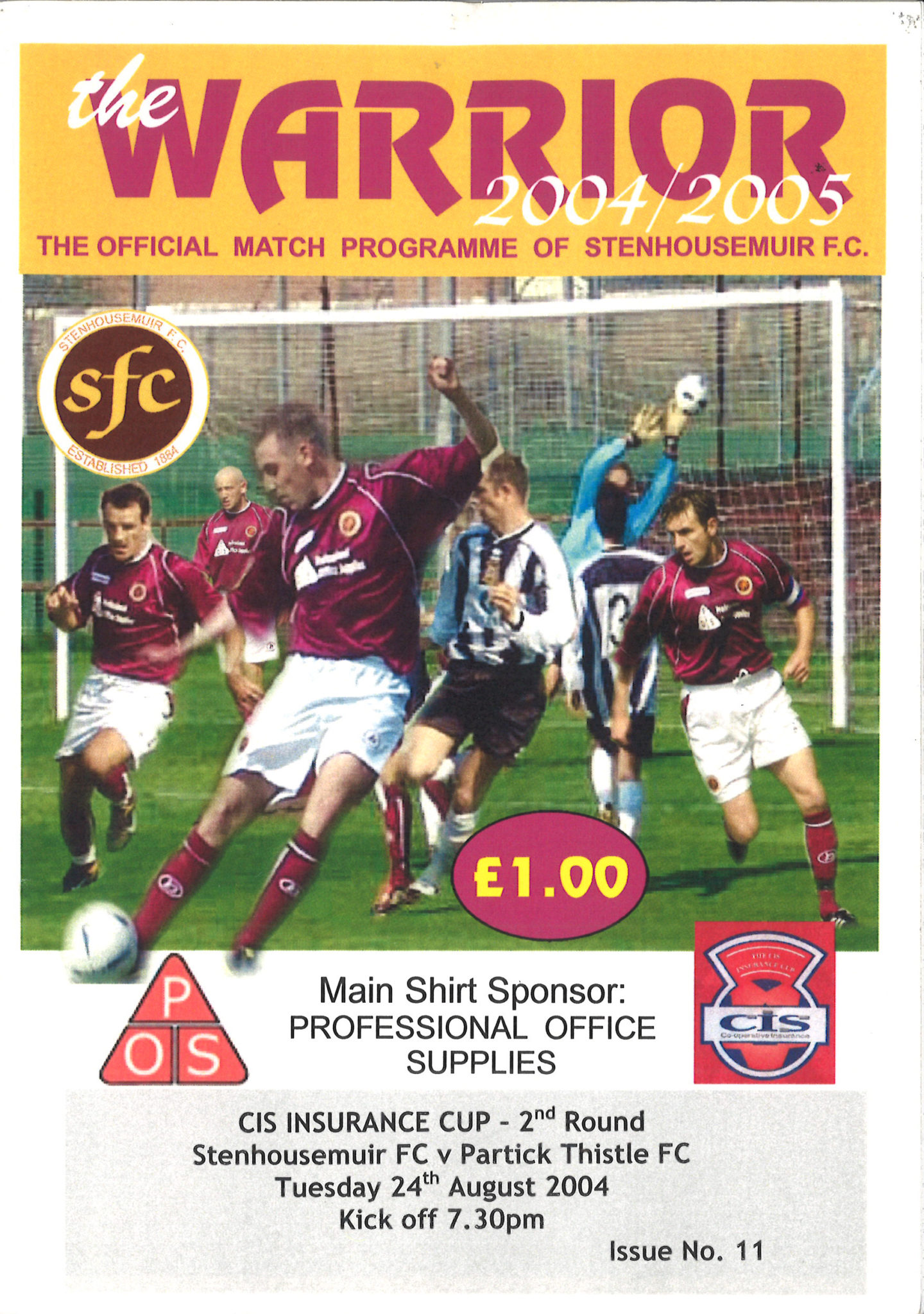 This was a game which Thistle were expected to win and win handsomely and that is exactly how things turned out. We could even afford the luxury of a missed penalty-kick from Juan Escalas in the 50th minute, by which time we were 3-0 up and cruising. Having said that, I am well aware of the fact that in this game of football things can change very quickly. As it happened, in the 54th minute the late Paul McGrillen scored to reduce the leeway, so that what seemed likely to be 4-0 had suddenly become 3-1, so it was altogether a different ball-game. However, Thistle steadied the ship and eventually ran out comfortable winners in spite of conceding a second goal to Joe Savage after 66 minutes.

I have already referred to Paul McGrillen. Another player in the Stenhousemuir team with a Thistle connection was Martin Lauchlan. 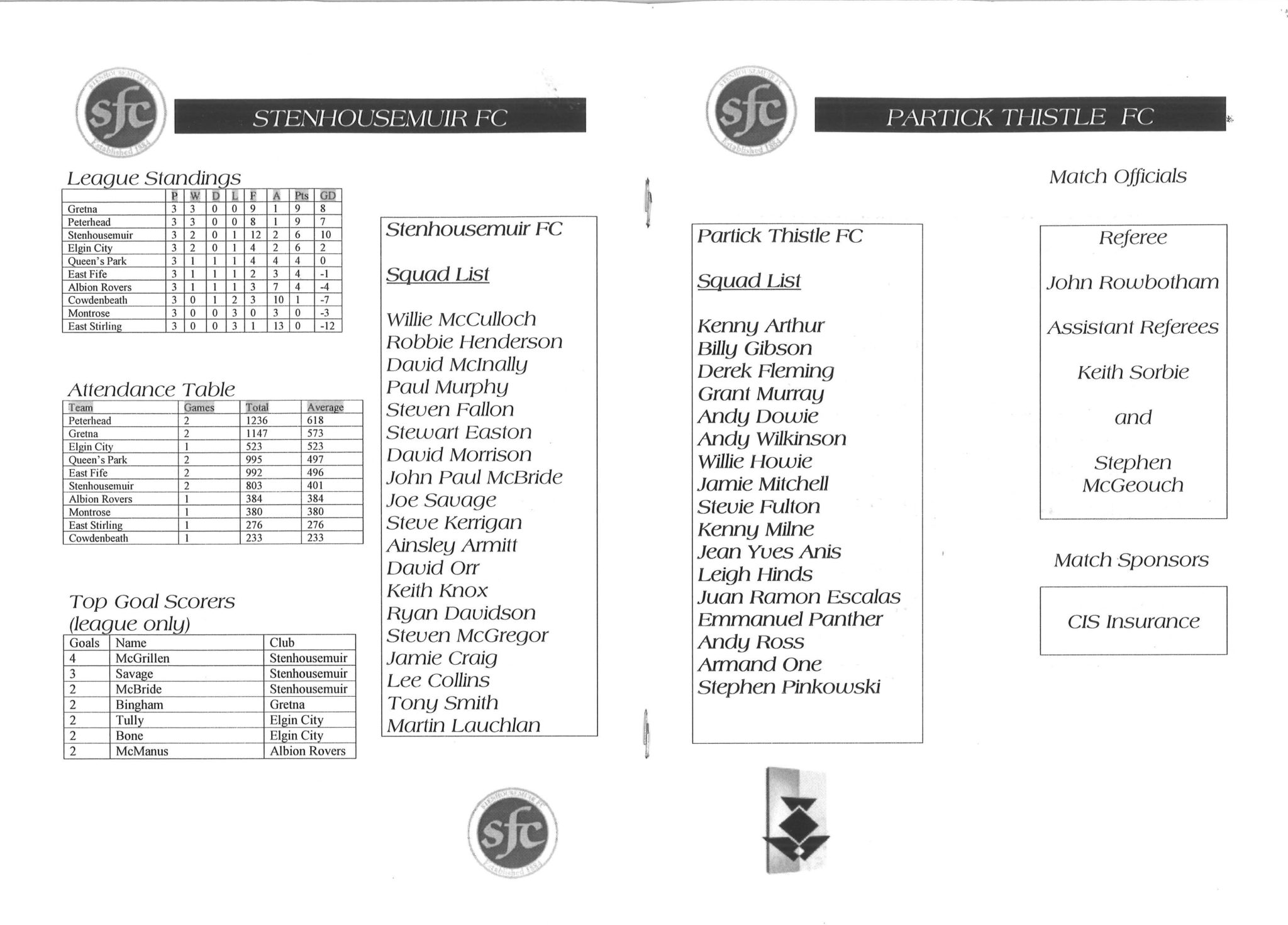 We had to wait only 15 minutes from kick-off for the opening goal, which came from Billy Gibson. Ten minutes later and the Spaniard Juan Escalas obliged with goal number two before Derek Fleming scored from the penalty-spot in 39 minutes. So Thistle were awarded not one penalty-kick, but two – well done, Mr Rowbotham!

At 3-2 anything could have happened and I was beginning to feel the pressure(it doesn’t take much!), but a better complexion was put upon the score-line when Leigh Hinds scored in 85 and 87 minutes. 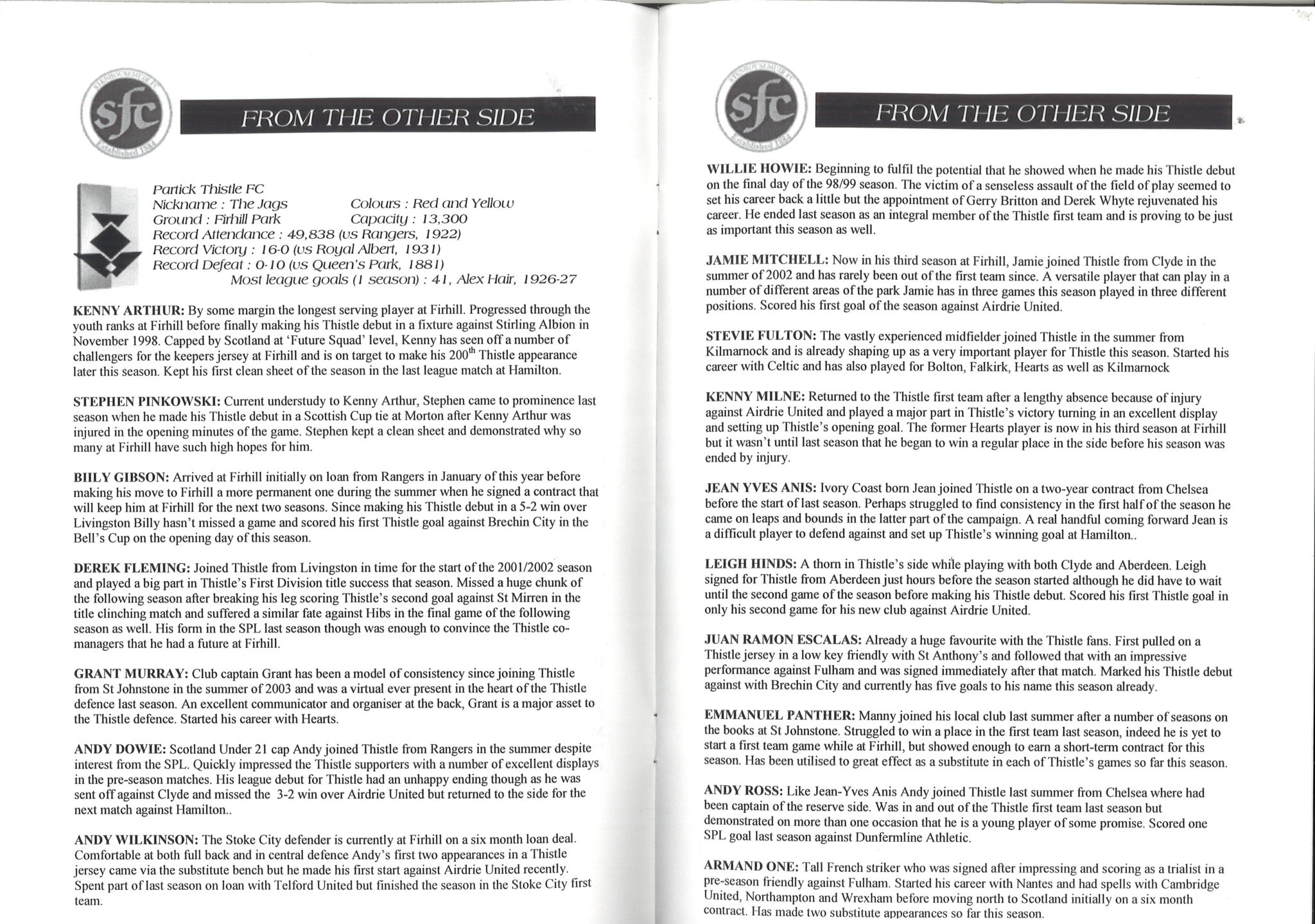 Following the victory at Ochilview, Thistle did NOT go on to win the CIS Insurance Cup, crashing out 3-1 to Dunfermline Athletic in the 3rd round at East End Park