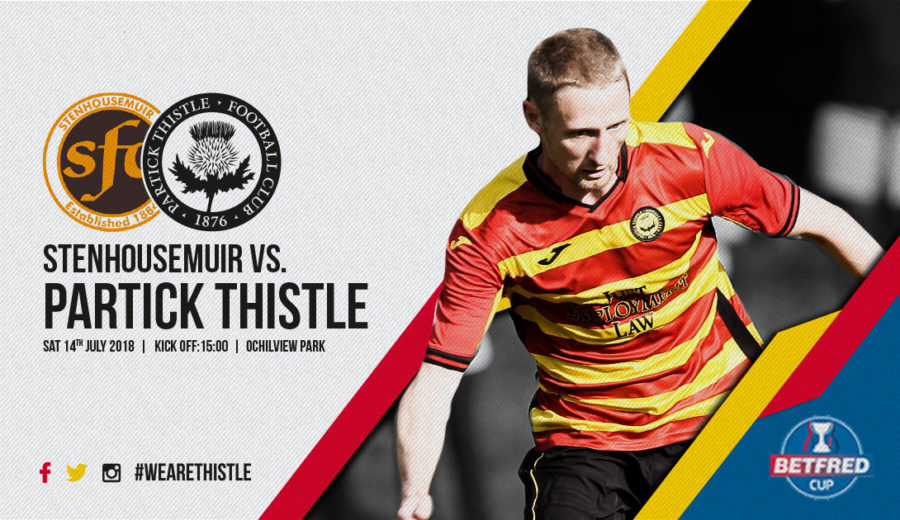 Erskine: We have to set standards from the start

Chris Erskine has urged his Thistle team mates to set early standards for themselves as the competitive action starts in the Betfred cup.

Thistle travel to Ochilview to take on Stenhousemuir as the 2018/19 season gets underway and Erskine knows how important it is to start the season well.

He also knows he has to be the one of the ones making sure that standards are met.

“As one of the ones that has been here a while and one who this club means a lot to, it’s part of my job to try and set those standards and get everyone in the squad working to them.”

“We are all looking forward to it, as a player the whole of pre-season is geared round the competitive action getting started. You look forward to it the games starting and it feels like you are getting back to normal and into the swing of things.

“You always want to play games that mean something rather than pre-season games; they never have the same feel to them.”

While the league is at the forefront of everyone’s minds, the cup is also important and can’t be taken lightly

“We need to start the season well; we want to start as we mean to go on. We have to look to win all of our cup games and carry that on into the league.

“We want to do well in the cup, although the focus is obviously on the league, we want a run in the cup, we want to win these games and progress.”

The Jags number ten knows the victory won’t just be handed to them; it’s got to be earned.

“We can’t take Stenhousemuir lightly, most people would expect us to win but we know it will be tough and we have to do things right, we have to make sure we perform. Especially away from home on the plastic pitch, we can’t be complacent.”

“We aren’t going to just turn up and win, that’s not how football works, we have to turn up with the right attitude and make sure everyone does their jobs.”

The memory of last season may still be fresh for many but Erskine is hoping the fresh start can have the team back to playing how they know they should be.

“We lost our way last season in terms of our performances and the way we wanted to play, the manager has been on at us a lot during the summer trying to get us back to playing that way and doing things right.

“We have to use these games to get things going for the league season starting, it’s our chance to set our standards for the season.

“We’ve had a lot of closed door games and the one open door game over the summer to get our match sharpness; we should all be raring to go. You just want to use these games just for some fine tuning and with all the new players, just getting them used to playing how we want.”

This weekend’s game marks the start of the 2018/19 season for Partick Thistle. The Jags travel to Ochilview to take on Stenhousemuir tomorrow with kick-off at 15:00.

Can’t make it to Ochilview? Jagzone members can listen to live audio commentary of the match. JagZoneLIVE begins at 2:45pm on Saturday.