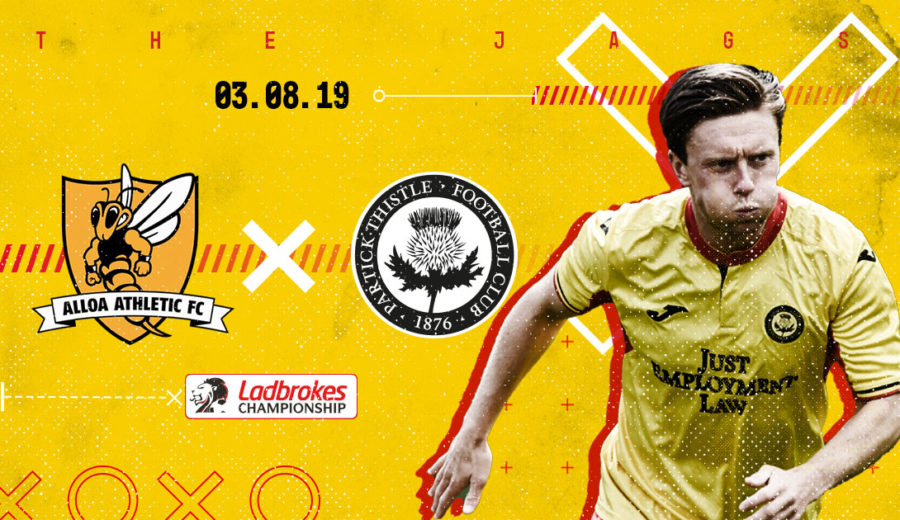 The start of the season is an exciting time for all football fans. It’s a clean slate and a chance to dream of what could be to come over the next 36 games.

It’s not only the fans who are excited though, despite having many a season opener under his belt, Joe Cardle is still buzzing for the league to start and for Thistle to begin their 2019/20 Ladbrokes Championship season.

Speaking to ptfc.co.uk Joe admitted that he can’t wait to get the campaign started.

“I probably get even more excited for the first league game now I’m getting older. You always look forward to that action starting. The Betfred games are good but nothing beats that first league game of the season.

“You’re looking forward to getting over that white line and beginning a journey towards meeting your aims for the season. Saturday is the first step towards them, and I can’t wait.”

Cardle believes everyone can play their part to get Thistle to where they want to be.

“We saw the support at the end of last season, the fans were fantastic, they really drove us on and more of the same this season would make a massive difference. I know they will give us that backing.”

The winger feels that Thistle’s pre-season will serve them well during the league campaign.

“Pre-season has been one of the toughest but best pre-seasons I’ve had. We’ve worked incredibly hard and have really seen the benefits of it. We had the trip to La Manga where the boys really bonded which was great for us and now, we are all ready to go and can’t wait for the league action to get underway.

“I think we did really well in the Betfred Cup, all things considered. We went to Hamilton and got a point and thought we could have won. Even though we won the other three it wasn’t easy and it was against very difficult opposition. It wasn’t easy but we go the results and that is important.”

The message all through the games so far was linked to developing a winning mentality, something Cardle says was put across to the players from day one.

“The Manager said on the very first day that we have to have a winning mindset. Although we haven’t played as well as we could have in the games so far I think that winning mentality has shone through and hopefully we can continue that as the season starts.

The Thistle number seven knows Alloa will pose a tough test but it’s one the squad feel they are more than ready to match.

“We know Alloa will be a tough test. Especially at their place, they play there, they train there, they know the place inside out so we know it will be difficult. Having said that, we believe if we go and carry out our game plan, we can win the game.

“The manager has brought in some good players over the summer to add to the boys who were here last season and we believe we are a good team, and everyone can play their part.”

The 32-year-old knows his role as a creative spark in the team is an important one, especially against a well organised defensive unit like Alloa.

“I know my job is to try and make goals and score goals, especially in a match like this where we know they will be organised defensively, and really make it hard for us. They have good players in their team, and we need to make sure we perform. We know what they have but we also know what we have in the squad and hopefully we can show that. We’ve shown bits in the Betfred Cup but we have to go out and show even more now the league campaign is about to start.”

More exclusive preview interviews with Tam O’Ware, Lewis Mansell and Jags manager, Gary Caldwell, will all be available to Jagzone subscribers this afternoon – log in to see them.

Can’t make it to the Indodrill Stadium? Jagzone members can listen to live audio commentary of the match. JagZoneLIVE begins at 2:45pm tomorrow.