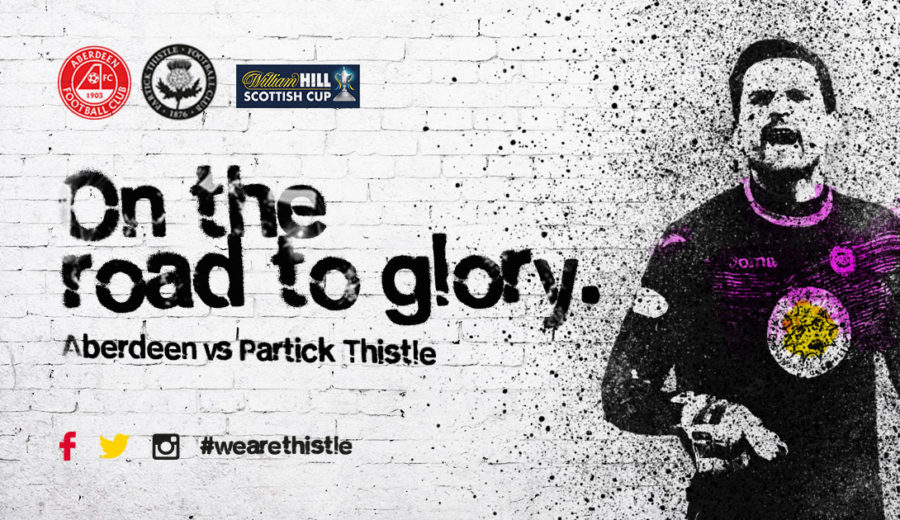 Tomas Cerny is dreaming of Hampden. The Thistle goalkeeper is 31 now and knows he doesn’t have too many years left to achieve cup glory.

Cerny is currently on a run of four clean sheets in a row, with eight in the last ten games, and he is hoping to make it five on the spin against Aberdeen on Sunday afternoon.

Tomas knows how big the game is and admits the players are aware of the clubs lack of a cup run in recent times, it’s something he wants to fix.

“It’s a big game, the quarter final of the Scottish Cup and it’s a chance to get through to a semi-final at Hampden.

“We are aware that the club hasn’t had a good cup run for many years so it would be great to get to the semi-final.

“We are excited and looking forward to it, however we are aware of the massive challenge ahead of us and know Aberdeen are a good side and it will be a tough match.”

With the win midweek against Dundee stretching the winning run to four in a row and moving The Jags up to sixth in the table confidence is high within the camp but Cerny is aware it will be a tough match.

“The last couple of months we have been on a good run. We’ve had eight clean sheets in the last ten games which is great defensively. In the last four games we have managed to score goals too which has led to the four wins.

“Confidence is high, the atmosphere in the camp is great but at the same time we know we will have to go out and play to our best, we can’t get complacent and we have to focus if we are to get a result.

“Aberdeen are a good side who can score goals, they were the last team to score against us so we know it will be tough but we have had a number of good performances up in Aberdeen and perhaps deserved more than we have taken from the games so we are capable of going up and getting a result.”

With the club putting on free transport to the Granite City a sizable Thistle support is expected at the match and Tomas is hoping to reward them for the excellent support.

“It’s a break from the league but we can’t relax. It will have a different atmosphere, as did the previous cup game at Perth. It’s an occasion for the fans and it’s a one off game but only a good performance from ourselves will make it enjoyable.

“The fans are heading up in great numbers, we are really lucky to have a really strong away support. They follow us everywhere and always give us loud backing. We know they are travelling a long way and we don’t want to let them down, we want to give them something to cheer about and it always gives us that little extra when we need it during a tough match.”

More exclusive preview interviews, with Jags players Adam Barton and Liam Lindsay as well as Thistle gaffer, Alan Archibald are available to Jagzone subscribers. Log in now to see them.