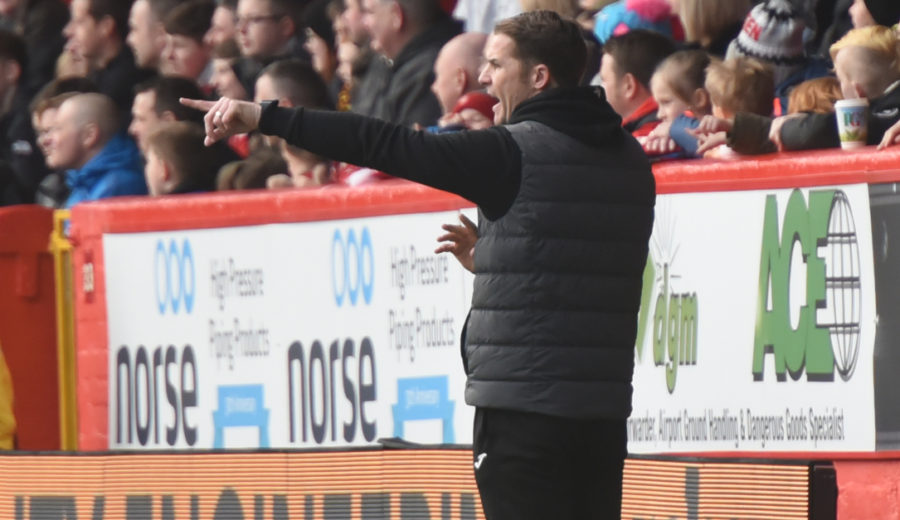 Archibald: Disappointed to be out the cup

Alan Archibald spoke to ptfc.co.uk shortly after seeing his side go out of the William Hill Scottish Cup following a tight 1-0 defeat away to Aberdeen. Although the scoreline was close, Archibald didn’t believe his side did enough to progress in the competition.

“I thought we started well and were probably the better side for the first ten or so minutes but we fell out of it after that and didn’t do enough to win the game. A few of the boys looked a bit tired and jaded and we certainly didn’t shift the ball like we know we can. Perhaps it was just one game too many as we have played a lot of football recently but we weren’t good enough and didn’t ask the right questions of their defence.”

Jags skipper Osman had a great opportunity to head in an equaliser in the closing minutes of the match but it wasn’t to be.

“Abdul has a good chance in the closing minutes and in a game like that you simply have to take chances when they come along. We didn’t and that was one of the reasons we couldn’t get a result.

“We didn’t shift the ball well enough, perhaps the pitch hindered us there but it was the same for both sides and they played it better. We certainly won’t be using it as an excuse.”

In truth it was a poor game, something Archie acknowledged.

“I didn’t think there was much decent stuff played to be honest. One of the most disappointing aspects is the fact that our set pieces were really poor. Our delivery wasn’t good enough and that’s something they did very well. They used the big lad, Stockley, up front very well and the game came from us not dealing with one of those balls.

“When you’re playing one of the better teams in the country you have to make sure you utilise every last little bit of ability, we didn’t do that today.”

Although the disappointment of going out of the cup certainly cut the team deep, there was no sense of self-pity from the Thistle camp and Archibald knows exactly what is required between now and the end of the season.

“It’s obviously disappointing to go out of the cup but our full focus now turn to the league. We’ve got a vital run of games now and we need to make sure we get results out of them. We’ll use the disappointment today to drive us on and hopefully finish the season on a high.”

A more in depth video interview with Alan Archibald is available now to Jagzone subscribers and will be followed by reaction from Kris Doolan and Callum Booth. Log in now to see it as soon as it is available.

Article Copyright © 2017. Permission to use quotations from this article online is only granted subject to appropriate source credit and hyperlink to www.ptfc.co.uk.