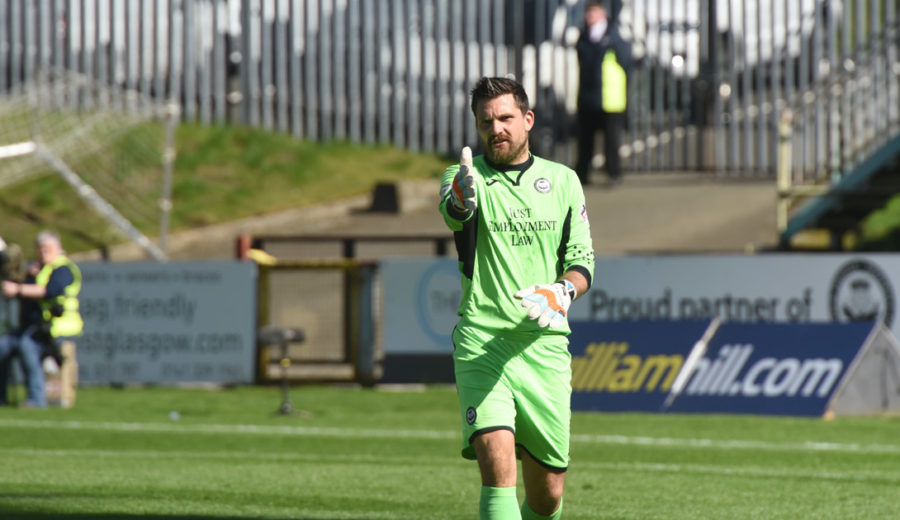 Cerny: Special atmosphere spurred us on

Tomas Cerny has praised the special atmosphere inside The Energy Check Stadium at Firhill on Saturday afternoon and dedicated the win to the man who the day was all about, the great John Lambie.

The Thistle goalkeeper admitted the atmosphere and everything surrounding the day helped the team to the 2-1 victory over Hamilton.

Speaking to ptfc.co.uk after the game, he said:”Today was a special day in the stadium, you could feel it from the supporters even before the game.

“We dedicate the win to John Lambie, you would tell how much he meant to the fans and that atmosphere really spurred us on today.

“The fans were fantastic. They were loud from start to finish and really gave us that push to get over the line and get the three points.”

Cerny knows losing would have left Thistle in a precarious position so knows how important the win was.

“It’s a massive three points. We’ve had a poor run of results and we went into the game knowing we had to win the game.

“I thought we played well but it’s the story of the season, we don’t defend well and Hamilton punish us.

“That’s happened too often this season, we’ve not taken our chances and been punished but thankfully today we got the goal and we’ve been rewarded”

Tomas praised the teams character for not panicking when Hamilton took the lead against the run of play just before half time.

“We showed huge character in the second half coming back and winning the game. It was important we didn’t panic after going behind, we remained calm and kept playing football and got our rewards.

“It gives us a fighting chance, it takes us off the bottom of the table. We knew if we didn’t win our position would be very difficult but now we are back in the mix and have four big games left.”

Thistle now have four games left and the Thistle number one admits the same level of effort and performance will be required.

“We have to go into those games and put the same into the game, we have to play how we did today and hopefully we can get the same rewards.

“The result will give us confidence but we’ve been here before, we’ve won a game then played poorly so we have to just concentrate on the next game and work hard this week.

“We know we have to put everything into the game, it’s a must that you put 100% into it but also have that quality and we have shown today we have that so we have to show it again against St Johnstone next week.”

Cerny missed a number of games with injury but he is delighted to be back and making his contribution.

A more in depth video interview with Alan Archibald is available now to Jagzone subscribers and will be followed by reaction from Kris Doolan and Ryan Edwards. Log in now to see it as soon as it is available.