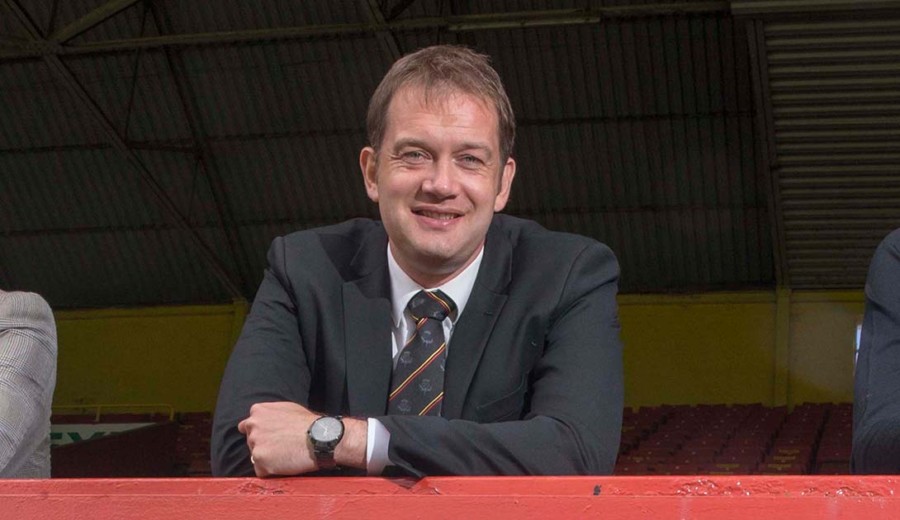 With the news that Managing Director Ian Maxwell is moving to join the SFA as Chief Executive, Partick Thistle has announced that plans are already underway for his replacement.

Ian will remain at Thistle until he takes up his new position at the SFA on 21st May, when Gerry Britton will become Interim Chief Executive, with Scott Allison stepping in to the role of Interim Academy Director at the Thistle Weir Youth Academy (Gerry’s current role), while the Club seeks a successor.

Thistle has appointed a recruitment firm to work with them through the process of selecting a new Chief Executive.

Chairman David Beattie, congratulating Ian on his new job, said that the Club was very sorry to lose him:

“Ian Maxwell has been one of Thistle’s best signings. When I asked him to become our General Manager back in 2011, he hesitated as he believed his future in football was as a manager. But I think Ian would agree that, together, we have been on an amazing journey since then. He’s played a major part in the transformation of Thistle and he leaves a Club that’s almost unrecognisable from when he joined us.

“We are very sorry to see Ian go but this is a once-in-a-lifetime opportunity for him. On behalf of everyone associated with the Club and our fans, we wish him all the best in his new role. Ian knows he will always be welcome at Firhill.

“Reflecting good business practice, as part of our risk assessment the Board has standing plans in place for the replacement of key individuals to ensure stability for the Club. We have now activated the process to replace Ian and are grateful to Gerry for agreeing to step in as Interim Chief Executive when Ian leaves. We want the best person available for this pivotal role as soon as possible. But the speed of the appointment shouldn’t be at the cost of getting it right. So our aim is to have the permanent replacement in place for the start of next season.”

“I am sorry to be leaving Partick Thistle. When I signed as a player nearly 10 years ago no one could have predicted I would be leaving as Managing Director. However, the journey over that time both on and off the pitch has been an absolute pleasure to be part of. I’ve built strong relationships with everyone, from fans, players, staff, management, volunteers through to the Board, and I can’t speak highly enough of everyone associated with the Club and their support for me over that time. The Thistle result will always be the first one I look for on a Saturday and I wish the Club every success in future.”

Details of how to apply for the Chief Executive role at the Club will be released on Thursday. In the meantime, any enquires should be directed, in writing, to