This evening’s Community Champion is Graham Wilson, a face well known to a number of Jags fans. 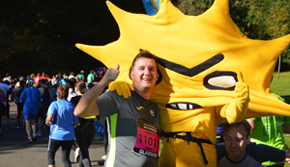 Graham was nominated by the Partick Thistle Community Trust for his outstanding efforts in helping to raise money for the trust.

The Trust first met Graham through their Football Fans in Training(FFIT) programme where he admitted that he was a recovering alcoholic. In his recovery journey from alcoholism he had found a new addition – eating. Graham joined the trust with the intention to lose a little weight but soon discovered there was a lot more to get from the programme than just weight loss. 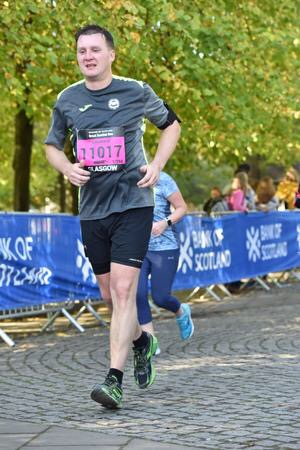 During the course of the FFIT campaign, Graham lost 15kg, increasing his confidence massively, as well as introducing him to a new circle of friends through the shared love of Partick Thistle.

Having previously had to give up the side he supporting, feeling that watching football provides a huge temptation to drink(and that’s before the game has kicked off!), through the FFIT programme he met a number of Jags fans who supported his recovery and helped him head back to the stands at Firhill to enjoy the side he loved so dearly.

Having gained so much from the Community Trust, Graham decided it was time to give something back and he decided the best way to support the trust was to run in the Great Scottish Run – Half Marathon and raise as much money as he could.

After a rigorous training programme, he undertook the race completing it in a phenomenal time of 2 hours and 18 minutes. Into the bargain he raised close to £1000 to help the work performed at the trust. 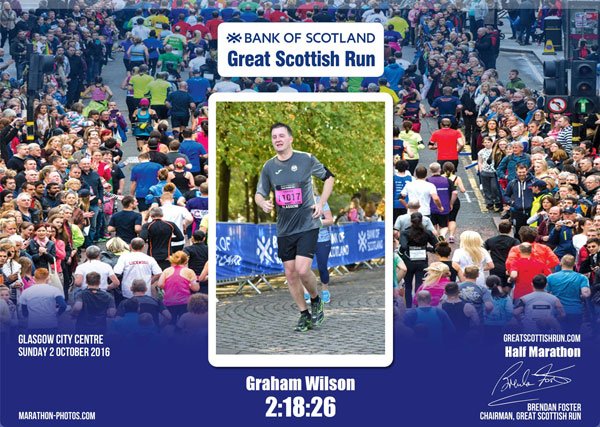 The Great Scottish Run has given Graham the running bug and he is beginning his training to go the full length of running an entire marathon – all with the intention of raising money for the Community Trust.

If you would like to know more about Graham and his recovery from alcoholism, you can read all about it through his online blog – grahamwilsonundrunk.com

When Graham walked through FFIT, his life changed dramatically and we are pleased to say he is now regularly back at Firhill supporting the team, as well as recently attending the 140th anniversary dinner in the Alan Rough Lounge.

Graham has truly turned his life around and deserves a rapturous reception this evening as he is recognised by everyone at Partick Thistle, alongside our partners at McDonalds Maryhill, as a real community hero.