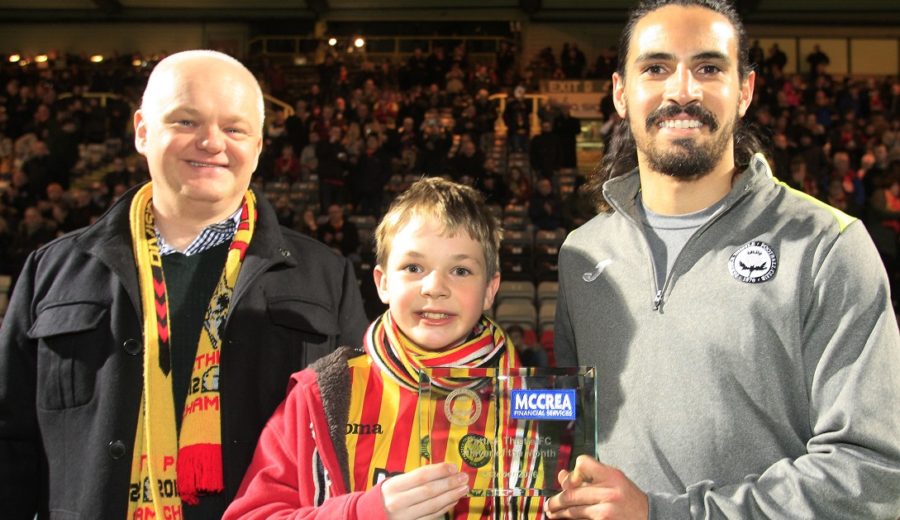 Ryan Edwards has been voted the McCrea Financial Services Player of the Month award for the second month in a row.

The Aussie won the September award and has continued his high energy performances throughout the month of October. A hard working midfielder, Ryan puts in tireless shifts in the heart of the Jags midfield as the side goes from defence to attack. The Australian midfielder scored his first goal of the campaign, a close range tap in against Hamilton, and has been unlucky not to add a second to his tally.

Ryan said: “I was so pleased to win even one award, especially as it’s voted for by the fans, but to win for a second month in a row is a real privilege. I’d like to thank everyone who has voted for me and I only hope that I can keep the performances going.

“October has been a massive month for us and our performances have finally started earning the points that they have deserved. Getting the last minute winner against St Johnstone was one of the best moments I have experienced as a Thistle player and I only hope that we can go on and build on that throughout the rest of November.”