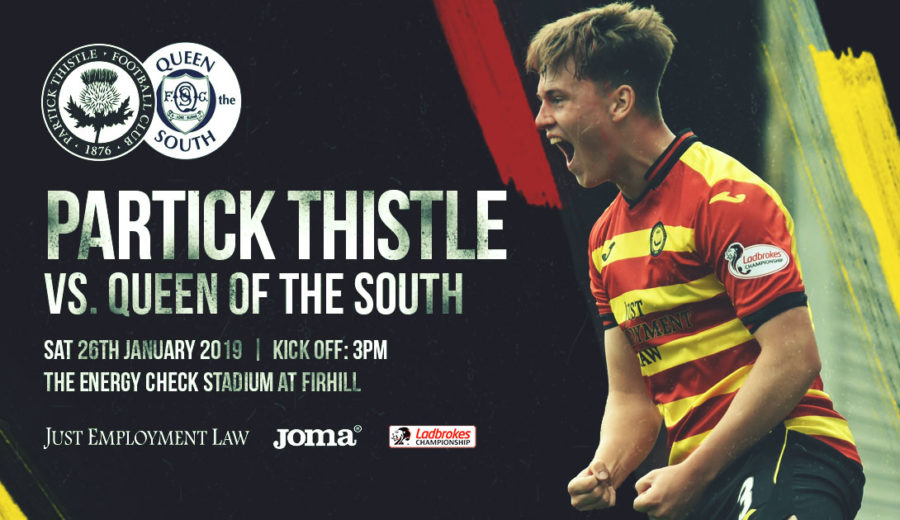 Cup win gives us something to build on says James Penrice

James Penrice is hoping to build on the victory over Stranraer in the William Hill Scottish Cup by getting a league victory over Queen of the South.

Queens visit The Energy Check Stadium at Firhill on Saturday and Penrice knows how important a match it is, as Thistle look to build momentum and push up the table.

Speaking to ptfc.co.uk ahead of the match Penrice said: “We had a good result last weekend and It’s important to keep that going into the league. It was good to go out there last weekend and play well, score some goals and get the win.

“We are happy to go through in the cup but the league is without a doubt the most important. We want to use the victory from Saturday along with the confidence we gained to develop a bit of momentum going into this game. Momentum is a powerful thing and it feels like a win on Saturday could really kick start our season”

James admits training was a much happier place after the victory and he wants more of those weeks between now and the end of the season.

“It’s always better coming in on a Monday morning after a win at the weekend, everyone is much happier and it’s made the week a good one. We want to have more of those kind of Mondays and start putting more points on the board. Victories are what move teams up the table and that is what we need just now.

“We’re feeling good, it’s a home game and we want to use that to our advantage, build the atmosphere and give the fans a reason to get behind us. Ultimately though what we really want is to get all three points.

“We know we have to start putting points on the board, we have to start winning games and building momentum. We have to go out and be dominant at home, to match them in every area of the pitch and make sure the game goes our way.

“We’ve drawn the last couple of games in the league but we need to start winning games, we need all three points, we know how important it is. We are unbeaten this year and that’s a good start, a league win would round off a decent January and give us the foundations to keep building.”

With the January transfer window in full swing the Jags number three knows everyone needs to be at their best as new bodies are added to the squad.

“It’s good to get some new faces into the squad. It steps up training and performances because nobody wants to be dropped. The gaffer has brought players in to improve us and they’ve done well, hopefully they can make an impact over the second half of the season. The extra competition is always good, it ups everyone’s game because we all need to make sure we are performing at our peak levels every week.”

The Thistle Weir Youth Academy graduate has played in every match so far this term and he is hoping to keep that going as he continues his football development.

“I’m still young so I’ll make mistakes, that’s easier when you aren’t in the position we are in but it’s about being as consistent as I can, learning and  giving it my all each week. You have to stay confident in yourself, to believe in yourself and go out and do everything you can for the team. That is what I will be focused on come kick off on Saturday.”

More exclusive preview interviews with Ally Roy and Blair Spittal are available to Jagzone subscribers – log in now to see them.

Can’t make it to the The Energy Check Stadium at Firhill? Jagzone members can listen to live audio commentary of the match. JagZoneLIVE begins at 2:45pm on Saturday.