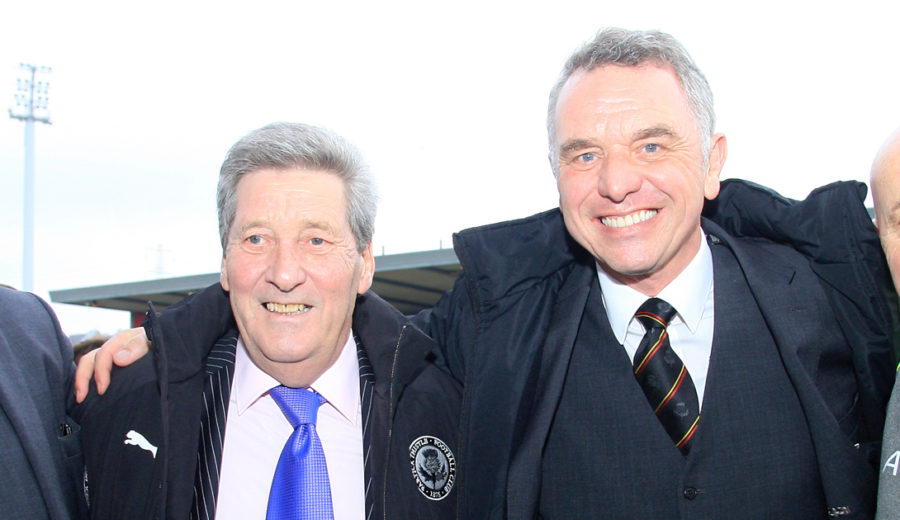 “What can you say about John Lambie? Well first of all he was, is and will always be a legend at this football club. He was here for Partick Thistle when the club needed him most and his achievements during each of his spells in charge were truly remarkable – they really speak for themselves. More than that though, John was one of the last great characters of Scottish football and will hopefully be remembered as such for a very long time.

“Who could forget his one liners – “just tell him he’s Pelé and get him back on” – his cigars, his pigeons – he was unique.

“I knew John well and he loved Partick Thistle. During each of his spells in charge he bled red and yellow and it was his determination to succeed that got us through some incredibly dark times. His ability to sign the right players at the right times during an era with no transfer windows was remarkable and was undoubtedly one of his greatest talents. However, it was his man management for which I will always remember him. He would get every last ounce of talent out of players who many others had written off. You only need to look at the number of coaches and managers to have been coached by John to see the influence he so clearly had and continues to have in the Scottish game.

“I’m sure many will be devastated to think they won’t ever see John around Firhill again and I will personally miss him very much, but the legacy he leaves, not only at Partick Thistle but also on Scottish football, is one very suited to a man of his stature.

The Club will pay proper tribute to John Lambie at the first home post-split game. More details on this will be announced once fixture details are known.