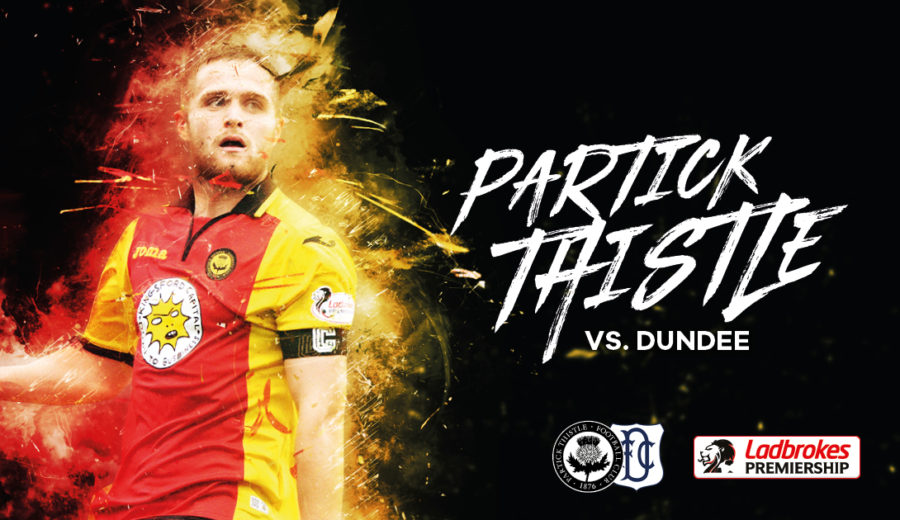 Danny Devine is looking to build on the excellent 3-1 win over Ross County by giving the home fans something to shout about this festive season.

A good win and performance up in Dingwall followed a number of good showings in hard away matches against Hearts and Celtic and now Devine wants to put together a good run of results heading into the winter break.

“We’re feeling good on the back of the Ross County result. We’re in a confident mood. We can’t wait to get back out there and put in the same sort of performance and hopefully get the same result.

Dundee is the third of a run of four games over the festive period and the defender knows the importance of the period heading into the winter break?

“It’s important with so many games over the festive period to hit form at the right time and hopefully we have done that. It’s important we don’t get complacent or carried away and we have to go out and do everything right against Dundee to make sure we get the result.

A win for the Jags, combined with a Celtic win over Ross County, will see Thistle up to sixth in the table and Danny admits it’s a big driver for the team

“We know if we get the win and other results go our way then we can end the night in the top six so that is a big driver for us. It’s obviously an aim for the team and if we get ourselves there then we have something to hold on to and it’s then up to us to keep ourselves there.”

Despite the good performances and a more solid look at the back all that is missing is the clean sheet and it’s something the defender is keen to correct.

“We are missing the clean sheet. We go the win against Ross County and the performance was good but the only negative was not keeping that clean sheet. It’s what we strive for but the most important thing at this moment is getting the three points. However, personally and I’m sure the other lads at the back are the same, we want as many clean sheets as possible. It gives the rest of the team something to build on and a platform from which to win the game.”

The last clean sheet was against Dundee in a comfortable win at Dens Park and a similar result would be pleasing to Danny.

“We beat Dundee last time out at Dens Park, it’s a very tough place to go and we were comfortable that night but we can’t be complacent. We know they are better now than they were, they are coming on the back of a very good win against Hearts and they’ll be wanting to continue their run too so we have to make sure we are at our best.”

With the last two home games of 2016 coming up, Devine is hoping to end the year on a high for the Firhill Faithful.

“We have two home games before the end of the year. Our home form hasn’t been great, we have probably been better on the road, but it’s about time we give the home fans something to shout about. We have to make Firhill more of a fortress and with the fans behind us I don’t see any reason why we can’t do that.