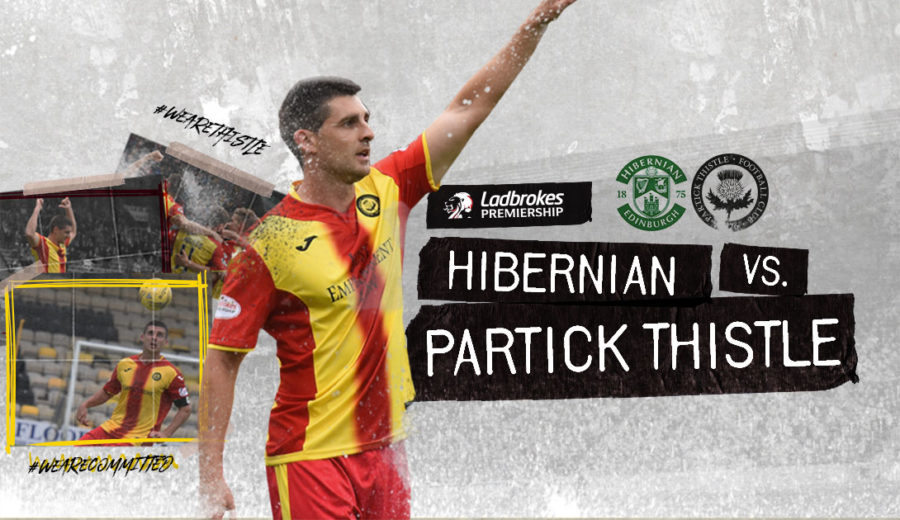 Doolan can’t wait to get underway

Thistle get their Ladbrokes Premiership campaign underway with a trip through to Edinburgh to take on Hibernian and Kris Doolan admits the players can’t wait to get the action underway.

Speaking to ptfc.co.uk he said: “We are really looking forward to it. The Betfred cup is great and we are delighted to be through but nothing compares to the first league game of the season.

“We are all raring to go, everyone is putting everything into being in the best shape and fully prepared for the match.”

It’s Hibs first match back in the Premiership and the match is heading for a sell out. Doolan is hoping to use the atmosphere to our advantage.

“It’s a big game, it’s going to be tough but they all are. They are all big games in this league. It’s going to be a full house and it’s their first game back up but these are the games you want to play in as often as possible. So to kick off on the first day with an atmosphere like that is great. We have to deal with it and use it to spur us on.”

Thistle won three out of their four Betfred cup ties and Kris hopes it can spur them onto a good start in the league, something that has been missing in the last couple of seasons.

“We want to build up momentum, we started that in the Betfred cup, we are through in that now and we want to take that into the league and get a win at Easter Road.”

After his hundred goal milestone Doolan listed his goal at Easter Road as one of his favourites and best. Now the striker is hoping for a repeat

“Easter Road is a ground I’ve got happy memories at, the goal I scored a few seasons ago there is up with my best. Hopefully the fans have good memories too and we can create some more with a win on Saturday.

With Ade Azeez leaving, numbers are sparse at the top of the field at the moment but Dools isn’t feeling any pressure, he’ll just continue doing what he does.

“It seems to have been on my shoulders every year for a number of years. I’m happy with that, it’s what I’m here to do. I’ll go out there and do the best I can every week to lead that line and score as many goals as I can. That’s what strikers do and it’s what I go out every week to do.

“Whether the manager brings in someone big, small, fast, strong, it doesn’t really matter. I’ll go out and do everything I can to keep scoring and that’s what strikers are judged on scoring goals.”

“It’s good to get off to a start getting a few goals early. You always want to get one early and it’s important now I get my first in the league as quickly as I can, starting Saturday.”

Can’t make it to Easter Road? Jagzone members can listen to live audio commentary of the match. JagZoneLIVE begins at 2:30pm on Saturday.

Kris has committed, will you join him? 2017/18 season tickets are still on sale.