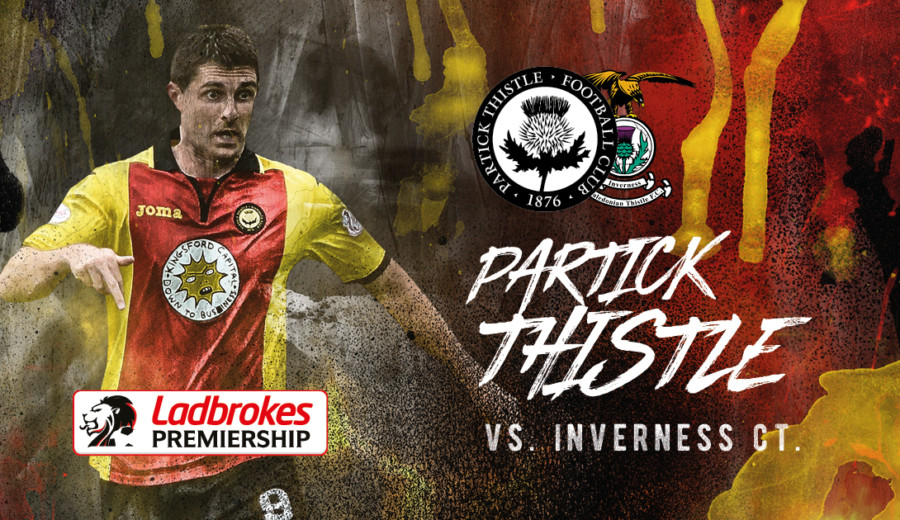 The Ladbrokes Premiership gets underway tomorrow as Inverness visit Firhill for the opening league fixture of the season.

After four wins from four in the Betfred cup it’s time for the league action to start and Kris Doolan can’t wait to get started.

The striker is raring to go: “I think we are all looking forward to it. The whole of pre-season is geared around being ready for this game and making the best possible start. We can’t wait to get the league season underway and we are ready for it all to start. We are raring to go.

“We’ve made a good start in the Betfred cup. Winning breeds confidence wither it’s a cup game or a friendly but the competitive action in the cup has been good for us, we are delighted with how it has went and go into the Inverness game full of confidence. We have been playing well and scoring goals and we need to take that into the league game on Saturday”

Last season it took until October before the first league win of the season and Kris knows how important getting off to a good start will if we are to improve on last term.

“We all know last season we didn’t start the season well enough. We couldn’t buy a win in the first nine games.  When you look back to almost make the top six, if we had picked up some points in those opening games we could have easily been in there so we know we need to get off to a good start and not look back again at what might have been.”

With eight different goal scorers already this season and most of the attacking players opening their account already Dools admits confidence is flowing through the team.

“So many of us have managed to grab our first goal of the season. That’s maybe not something we’ve had a lot of in previous seasons so it’s good to see so many different scorers. It’s important to have goal scorers in different positions and we can expect to see a lot of goals this season.

“It comes down to confidence and trusting your team mates. It’s good to know your team mates are there and will chip in with the goals and you know everyone can do a job and do what is required. The fact the strikers and those players just behind have got off to such a good start can only be a good thing and something that will be important this season.

We’ve got a lot competition in the squad this year, it’s a long season we all know that so we know we have to be on our toes, we have to work hard and it will keep everyone looking over their shoulder and making sure they perform.”

The Thistle number nine is hoping to build on last season, after just missing out on top six he reckons it’s important to continue building on the past few seasons in the premiership.

“I think it’s a case of building on last season, I think we’ve done that every year. On and off the pitch we have to make sure the club are heading in the right direction. We were close to finishing in the top six so of course we would love to do it this season but if we can build on the position we finished last season and we see progression we will be happy. However with the players we should be looking up the way.”

Doolan currently sits on 90 goals, only ten short of the magic 100. Something Doolan is happy to have hanging over him and something which he is clearly relishing

“I’m almost at the 100 goals and a big push is required to get me there. I’m confident that another good season under my belt and I’ll make those 100 goals, and I’m looking forward to it.

Finally, Doolan has a message for the fans to expect to be excited this season

“We’ve got an exciting attacking team this season, I think there will be goals in that team and it can only be good for the fans to watch. Hopefully we have them on the edge of their seats. There are different types of players in the squad, especially in attacking positions. Everyone can bring something different to the team and we will all contribute different things. We can all link up together and I think that’s what makes things exciting”