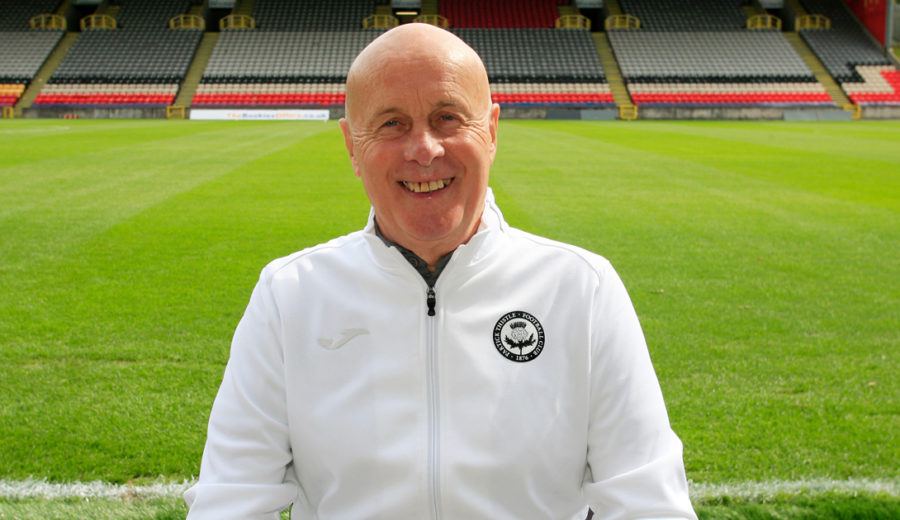 Dr Alan Robertson is already a legend around Firhill – of that there can clearly be no dispute – but now it’s official. The Partick Thistle board is delighted and incredibly proud to announce today that ‘The Doc’ is to be made an Associate Director of Partick Thistle and will join Grant Bannerman, Ronnie Gilfillan and Robert Reid who also hold the honorary role.

With more than 40 years of voluntary service for the club ‘The Doc’ has already given far more than most to the Jags cause and everyone involved with the club was devastated to hear of his retirement at the end of the 2016/17 season. Alan was quick to reassure that he wouldn’t be a stranger though and fully intends to be at as many games as his new bohemian retirement life allows.

Speaking after being told of his new title by club chairman, David Beattie, Alan said: “When I received the call, I was absolutely delighted to become an Associate Director of Partick Thistle Football Club. I’ve been a Jags fan since I was ten years old and I’ve been very lucky to serve as Club Doctor for all these years.

“I’ve had a great association with the club for over 40 years so to become an Associate Director is just the icing on the cake. I’m incredibly grateful and touched at the board for honouring me in this way.“

David Beattie said: “There are few individuals in this club’s history who have shown the same kind of dedication and commitment to Thistle that The Doc has over the last 40 years. No matter what was going on around him Alan was a consummate professional at all times was a superb ambassador for the club.

“Making Alan an Associate Director of Partick Thistle Football Club is the very least we could do to reflect just how much we value him, not only as a club doctor but as a person and as a true Thistle fan.

“Although he may have retired I hope he can now enjoy watching games from a more comfortable and relaxing vantage point than the dugout! Thank you Alan, on behalf of everyone associated with the club, you will never truly be replaced.”