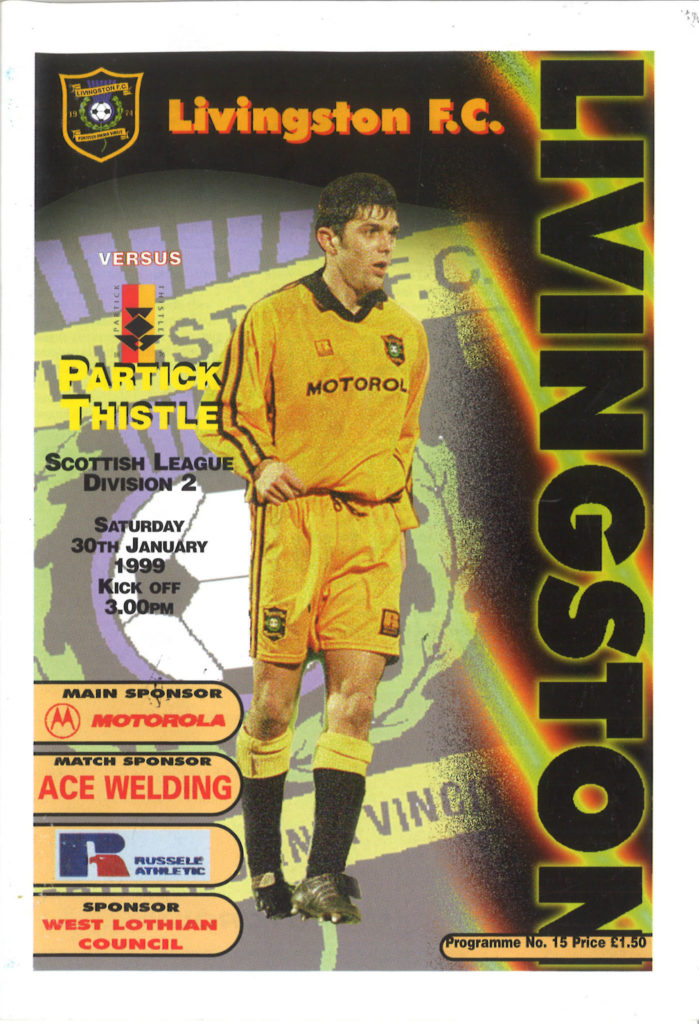 The most memorable aspect of this match was undoubtedly the fact that Robert Dunn opened the scoring for Thistle after just seven seconds, thus equalling the record which had been held by legendary Thistle player Willie Sharp since 20th December 1947. Willie scored 228 other goals for Thistle during an illustrious Thistle career. Anyway, on this day in 1999, there remained 89 minutes and 53 seconds for Thistle to score again, but they couldn’t do it, and eventually had to settle for a draw, with Brian McPhee equalising for the home side 12 minutes from full-time. 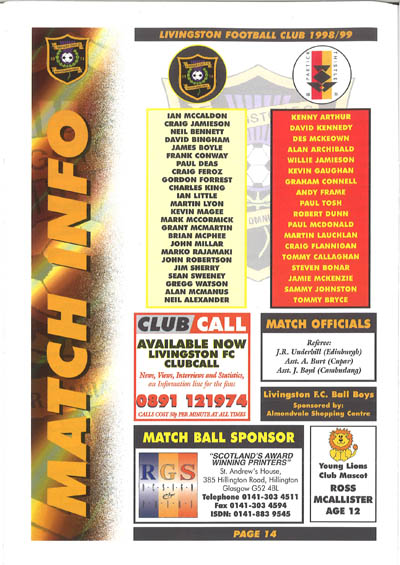 To score after 7 seconds is bordering on the unbelievable, but it is claimed that at Lochburn Park a Maryhill Juniors netted with just three minutes on the clock last season, straight from kick-off, catching the opposing goalkeeper off his line. Willie Sharp’s goal was quite different, finishing off a concerted move.

Season 1998/99 was an instantly forgettable one, finishing in 8th position in a league of 10, one point above East Fife, who were relegated to the bottom division. A Paul McDonald goal against Forfar Athletic in the second last match of the season finally preserved our status. Everyone at Firhill could feel the tension, however we survived this potential nightmare and better times lay ahead, improving to 5th place in season 1999/2000, followed by back to back promotions, so that by the summer of 2002 we were back in the Premier Divison. Sadly, we didn’t hang around there too long, sliding back down to where we had come from. Variety is the spice of life if you are a Thistle fan! 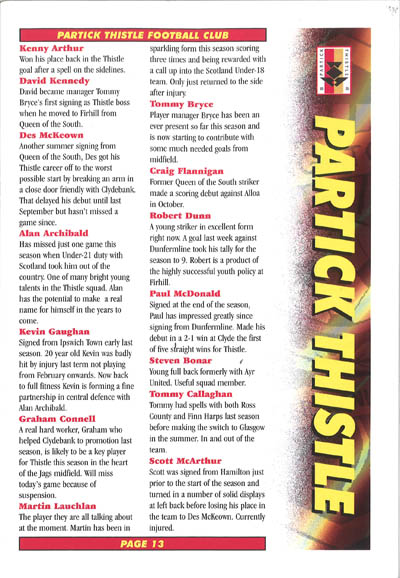 The attendance given out for the match in which Robert Dunn scored his memorable goal was a healthy 3,293. Looking back, I find this to be a surprising figure, but then Livingston were riding high and were rewarded with promotion at the end of the season. 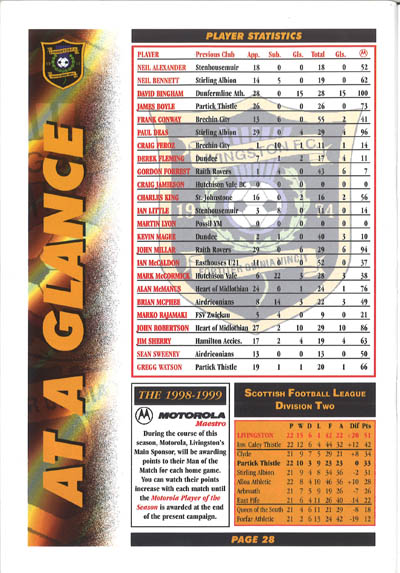 The match was played at the West Lothian Courier Stadium, known also at various times as Almondvale and if my memory serves me correctly, the Braidwood Motor Stadium. On Saturday 15th July we shall head to the Tony Macaroni Arena. From our point of view, let’s just stick to Firhill, thank you very much.

One thing we won’t need to be concerned about is the prospect of facing Liam Buchanan, a real danger man in and around the box. The former Thistle star has moved to Raith Rovers.