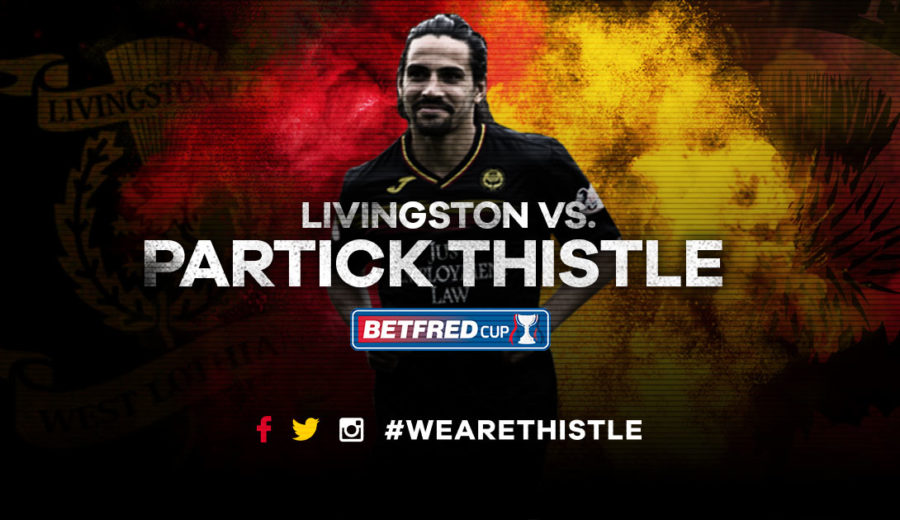 Edwards is raring to go

Ryan Edwards is raring to go as Thistle get the 2017/18 season underway with a trip to the Tony Macaroni Arena to take on Livingston in the Betfred Cup.

It will have only been 55 days since the last season ended but the competitive action can’t come soon enough for Ryan.

Speaking to ptfc.co.uk he said: “I’m really looking forward to the competitive action starting again. We are all raring to go and can’t wait to get onto the pitch.

“It’s been a short break but I’ve loved being back around the boys again and everyone is feeling fit and ready to go. Pre-season has been tough and we’ve worked hard but now the action starts and we are ready for it.”

The Aussie midfielder is a fan of the format of the Betfred cup but knows the team must perform.

“I like the set up of the Betfred cup, we get into action earlier and the sooner the better for me. You can’t beat a competitive game. The friendly on Tuesday night was good to be out in front of the fans but it was just a case of getting minutes into the legs so we are ready to go on Saturday.

Edwards is hoping for a good cup run and to use that to start the league season brightly.

“It’s important to do well in the cup. It’s a chance not only to get through and do well but it lets us try and start the season well, get into a good run and build a positive environment at the club. If we manage to do that well, then we can take it into the league as well.”

The Jags number 19 signed a new contract in the summer and he was delighted to get things done early so he can concentrate on nothing but his football.

“I’m delighted to get it done this early. You don’t want to be trying to do it at the end of the season. I’m grateful to the club for getting that sorted. I can concentrate on my football now, I’m really beyond happy here and I’m just looking forward to the season now.”

Ryan is looking forward to the season ahead and while he has some big aims he knows what he has to improve on to get himself there.

“Away from Thistle I would like to make the Australian national team, I was close last season so want to do that. That would be great for me but I know to do that I have to play well for Thistle, I have to play in the team and contribute as much as I can.

“I want to push myself that extra level, I want to build on my good performances by contributing more. Be that goals or assists but I know I need to add that to my game and go up a level.

“I had the effort the other night and it’s true what they say, if you don’t shoot you don’t score. I don’t want to take that unselfish side of my game away in helping the team but I know I need to try and get some more goals. It’s just a case of making the right decisions at the right times and learning from each different scenario.”

Edwards has played both an attacking midfield and a sitting midfield role and he admits he is happy to play either and feels he can bring a lot to the team no matter where he plays.

“I’m happy to play further forward or sit in midfield. I think it’s important that we have a number of players who can play different positions and with places so competitive then I’m happy to do what the manager needs me to do. I’m still young and I know I’m still learning, We played a number of different formations last season so it’s important to be able to adapt.

“There’s no real preference to me to where I play, I feel I have positives to my game in both areas and I think I can contribute to the team.”

Ryan has committed, will you join him? 2017/18 season tickets are now on sale.