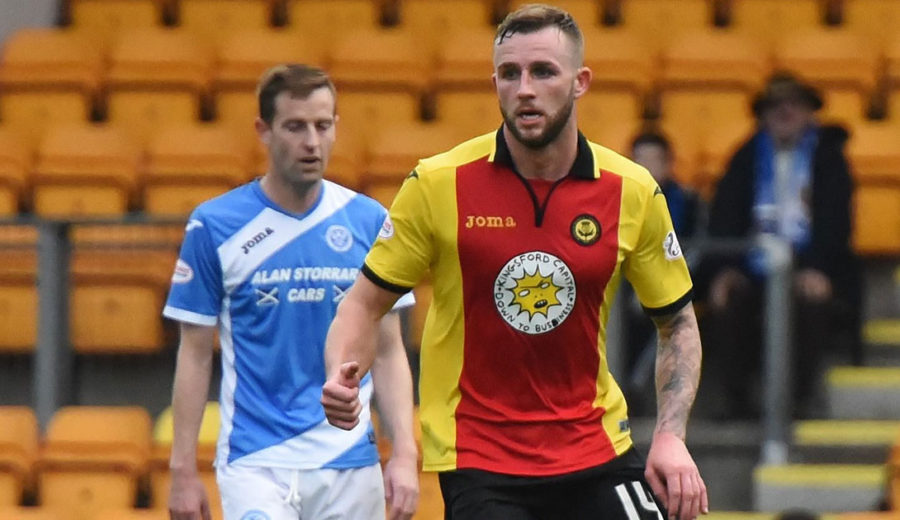 After a nightmare season marred by injury last term, Christie Elliott has found his form in recent weeks looking in outstanding form in the right wingback position. He spoke to ptfc.co.uk shortly after the final whistle at McDiarmid Park to talk through the game and how he’s enjoying his new position.

“That was a very satisfying win today, especially considering the late goals we have lost ourselves so far this season. When you drop points in the closing minutes of games it is really tough to take but we’ve turned the tables today and I must admit it feels great, we’re just buzzing for the next game now.

“The new position has been great for me and I’ve really enjoyed playing wing back. Having played on the right wing and at right back before it is the perfect blend of the two positions. I still have a bit to learn positionally on the defensive side but it certainly suits my style.

“I thought we were able to cause them problems going forward today but we were secure at the back as well. It felt like a solid performance and I don’t think we ever really looked like losing the game.”

Having barely kicked a ball last season Christie admits that it is just a relief to be back kicking a ball.

“Last season was pretty much a write off for me but you just have to try and take the positives from the experience and take it into this period where I’m back playing again. It has taken a lot of hard work to get back in the team but I’m not taking anything for granted. I’ll keep working hard and make sure I do everything I can to keep my spot.

“I’m really enjoying my football at the moment and I feel the fittest that I have felt for a long time. The more games I play the fitter I feel and as we move up the table the confidence just grows and grows. We’ve got a great squad here and everyone is pulling in the same direction which keeps everyone on their toes”

“It happened so quickly and it really took the wind out of our sails. We were all on such a high after the goal so to see them go straight up the other end and cancel out all of the hard work was a massive blow. Obviously it hasn’t cost us this time but we need to cut it out because that could easily be the difference between taking points from a game and going home empty handed.

“I thought we reacted well to the equaliser though and we just kept pushing and pushing for the winner which we obviously got in the end.”