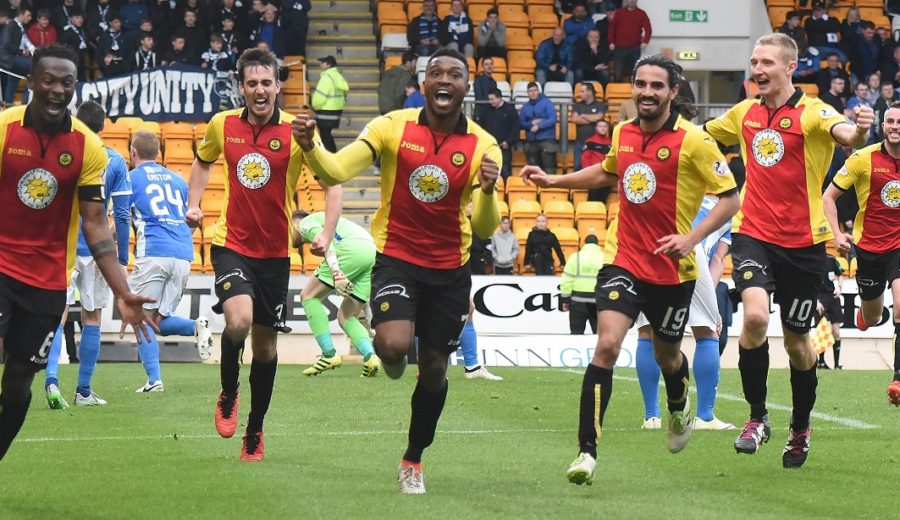 The elation felt by Thistle fans and players, after Abdul Osman’s late winner ensured all three points would return to Firhill on Saturday, was summed up perfectly by a superb image captured by one of the club’s two volunteer photographers, Donald Wilson.

The response to the image on social media has already been immense and, never wanting to get in the way of a good thing, the club feels that this image should be given the highest profile possible.

With that in mind, a giant version of the picture will be added to the gallery of images already on show in the Jackie Husband Stand and we want you to be part of it.

In addition to the image itself we want to add a quote, from a fan, that perfectly encapsulates what that goal meant to you and how it made you feel seeing it hit the back of the net.

Whether you were in the stands at McDiarmid Park, tuned in through Jagzone live or were just following online, we want to hear from you. The entry judged to be the best will be included under the image with your name immortalised in the Jackie Husband concourse. The winner will also receive a signed canvas version of the image.

To enter your quote you can either tweet @ThistleTweet, using #Jagspic or, if characters are proving problematic, email your entry to   with picture competition as the subject line.

Entries will close on Wednesday at 12pm.