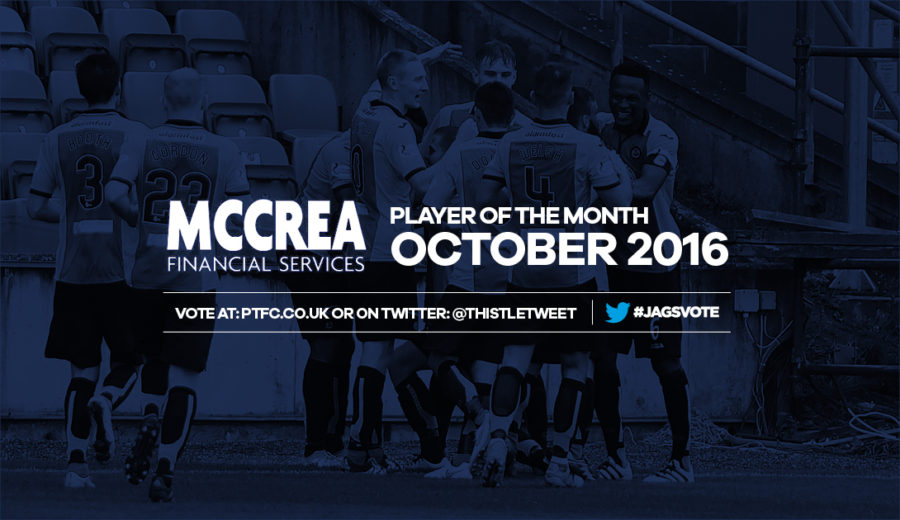 October was a good month for Thistle with eight points gained from a possible 15 on offer. The month started with a 2-0 defeat at the hands of Rangers before the international break, after which Thistle went on a four match unbeaten run.

Late goals for Hamilton and Ross County meant the Jags had to settle for one point instead of three but the the team finished the month off with two exceptional victories on the road.

A 2-0 success at Dens Park was the springboard for an injury time winner from Abdul Osman against St Johnstone a few days later. Alan Archibald and Scott Paterson have had a number of strong performances and, after much deliberation, have chosen the McCrea Financial Services Player of the Month shortlist for October. 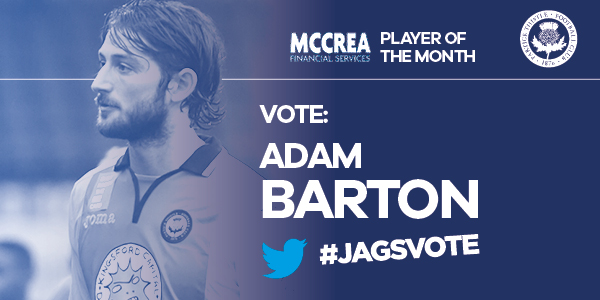 The deadline day signing from Portsmouth has settled in well to life at Firhill and has already proven his versatility. He played in a holding midfield role in his first couple of games as a Jag but, when the side switched to 3-5-2 later in the month, it was in his role as sweeper where he has really thrived. Adam has producing three excellent performances at centre back as the side picked up seven points from three games.

Vote for Adam on ptfc.co.uk 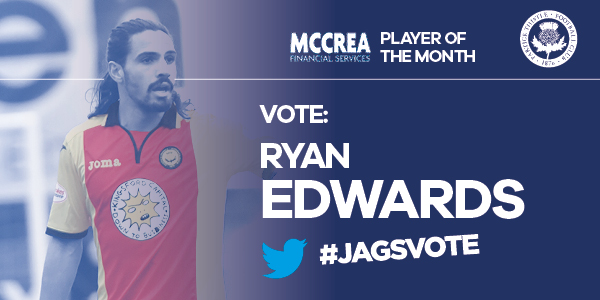 The Aussie won the September award and has continued his high energy performances throughout the month of October. A hard working midfielder, Ryan puts in tireless shifts in the heart of the Jags midfield as the side goes from defence to attack. The Australian midfielder scored his first goal of the campaign, a close range tap in against Hamilton, and has been unlucky not to add a second to his tally.

Vote for Ryan on ptfc.co.uk 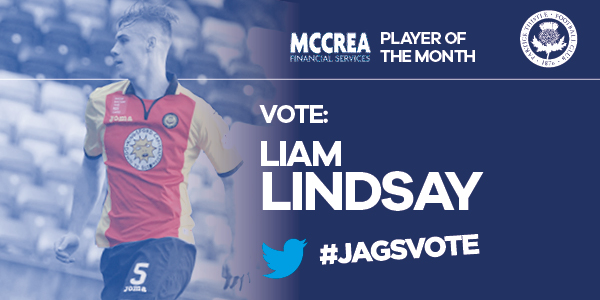 Liam turned 21 during the month of October and recently committed his future to Thistle by signing a two year extension to his contract. The strong defender has thrived for the club this season and October was his most impressive month to date.

Whether as part of a defensive four, or a back three, Liam has emerged into a dependable defender. He has added a goal threat to his game this campaign and netted his fourth goal of the season in the 2-2 draw with Hamilton Accies.

Vote for Liam on ptfc.co.uk

The Jags keeper has put in a string of impressive performances following being thrown between the sticks after the injury to Tomas Cerny. Ryan has produced save after save to keep the side in games when the side have been under the cosh. He suffered a dislocated shoulder in the victory against Dundee seeing him finish the month on the sidelines.

Vote for Ryan on ptfc.co.uk

So there they are, your McCrea Financial Services Player of the Month nominees for October. Get your votes in now but remember that voting closes at 4pm on Thursday.

And this month McCrea Financial Services are offering you the chance to present the award to the winning player trackside before the game vs. Aberdeen on Friday night and enjoy the game with the luxury of the Ambassadors lounge hospitality.  All the details can be found here.

You can follow our sponsors McCrea Financial Services on twitter and facebook where they run regular competitions with Thistle and provide useful updates and the latest news on getting the most out of your finances.