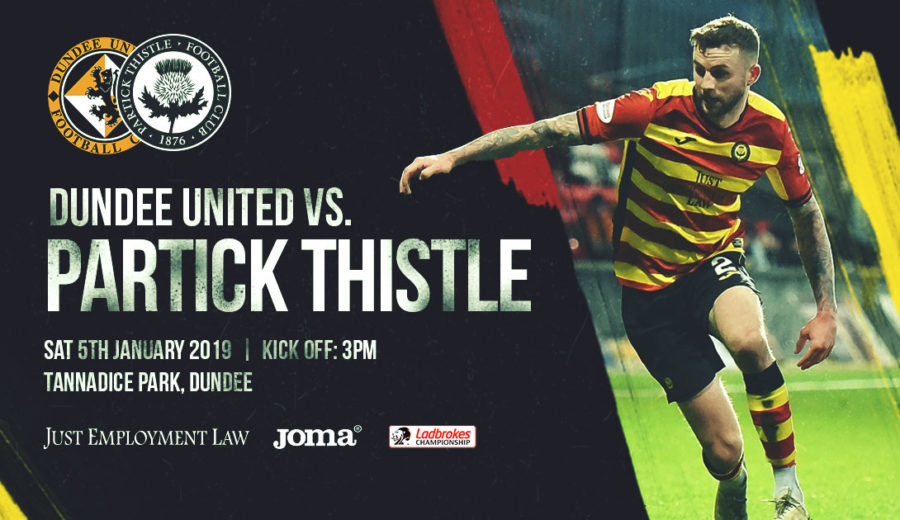 Elliott Hoping for a Good Start to 2019

Christie Elliott is hoping for a positive start to 2019 and to the second half of the season as Partick Thistle look to start climbing the Ladbrokes Championship table.

Thistle travel to face Dundee United on Saturday and the defender is hoping to take a much needed three points back down from the City of Discovery.

Speaking to ptfc.co.uk he said: “It’s another massive game, they all are just now. We go into the second half of the season now and we need to start putting points on the board; both home and away.

“It’s all about going there and coming back with the three points. We can’t keep talking about performances, or taking positives from games, points are all that matters.”

With the first half of the season over, Elliott is hoping to kickstart the campaign as 2019 begins.

“We know results are the most important thing now. We know we have been playing better but results haven’t matched that and that is what matters, it’s all about trying to climb the league and we need to start making that happen.”

United have won both games so far this season but Elliott feels there was enough positives to go to Dundee with belief.

“The games against United this season, we’ve been disappointed with how we’ve lost the goals but last time at home there wasn’t too much between the sides. We know we can match them and we go there believing we have the players to win the game and that is what we will be looking to do.”

Christie didn’t enjoy the strongest run of form earlier in the season but feels he is now back to playing how he knows he can.

“I feel that I’m back to myself now, back to playing how I can. I went through the phase earlier in the season where I wasn’t my best. I had been made captain and it maybe got to me a little, I wasn’t playing my own game and it affected my performances a lot. I was honoured to get that opportunity, it meant a lot to me but it did change how I tried to play. I feel since I’ve given that up I’m playing much better.”

With a number of new signings already arriving at the club the Thistle number 2 feels it can only be a good thing for the squad.

“It’s always hard when new players come in, especially to your position but competition for places is always a good thing. It keeps you on your toes, you know you have to perform if you are to keep your place in the team. You know there is someone waiting there to take your place if you aren’t doing everything you can and working as hard as you can both on the pitch and in training.

“New players always add to the group, it brings something fresh and hopefully it will add to what we’ve already got and help us climb the table.”

Can’t make it to the Tanndice? Jagzone members can listen to live audio commentary of the match. JagZoneLIVE begins at 2:45pm on Saturday.