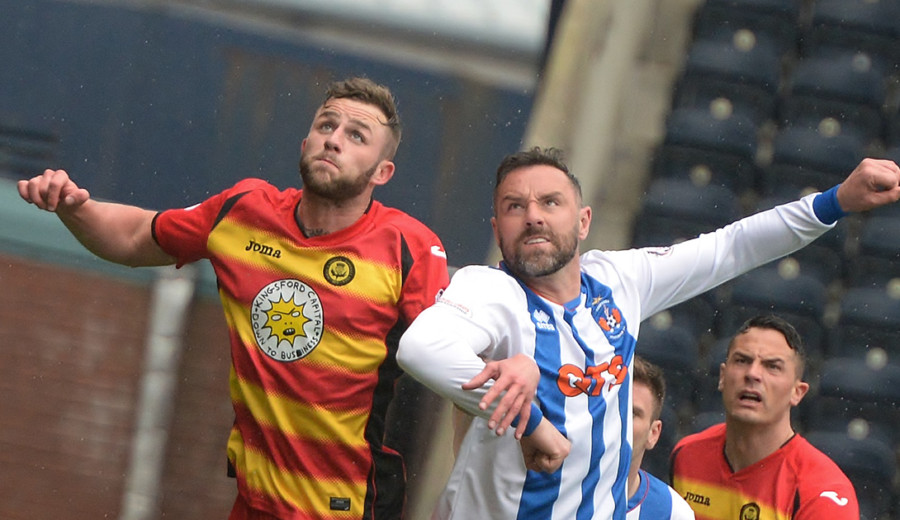 Elliott: Safety is a relief but now we want seventh

Although not in the starting line-up Christie Elliott found himself in the thick of the action earlier than he might have thought, when David Amoo was forced off in the 15th minute with a nasty looking facial injury. Christie, who missed a large amount of this season’s campaign due to injury, played a massive part in the Jags’ victory and spoke to ptfc.co.uk after the game.

Getting safety is a massive relief for all the lads and it was fantastic to achieve that today. It was gutting to miss out on the top six but we’ve recovered from that and the target now is to finish as high up the league as we possibly can.

“It was a strange one to come on so early – I certainly wasn’t expecting it – but as a sub you have to be ready from the start because you just never know what is going to happen. I felt bad for David because he has been brilliant for us but it was good to get most of the game to remind people what I can do. The three points were the main thing though and we’re all delighted to come away with the victory.”

As the manager pointed out post-match it was a gutsy performance from Thistle that was full of character, something Christie knows was important.

Everyone was on the same page today and we all wanted it for each other. We all worked hard and kept each other going and that got us over the line today. I think at one point we kept the ball in the corner for about three minutes and I kept expecting to get smashed but it’s that kind of determination that has seen us do so well this season.”

It was Kris Doolan and Steven Lawless who got on the scoresheet for the Jags and Elliott knows exactly how important those goals have been this season.

“I think Stevie is having his own goal of the season competition this year! His goal in the first half just calmed us all down a bit and I think we really controlled the game from there. We were able to stretch the game in the second half and Dools pops up to kill the game off.

“The results today mean we have a real chance at seventh and I think that is the least we deserve. We’ve all worked hard and we were so close to the top six so it would be really disappointing not to show progress by going one better than the eighth spot we got last year.

For me personally it has been a tough season with injury but hopefully I can play the last two games and I’ll make sure I’m ready to fire on all cylinders come pre-season.