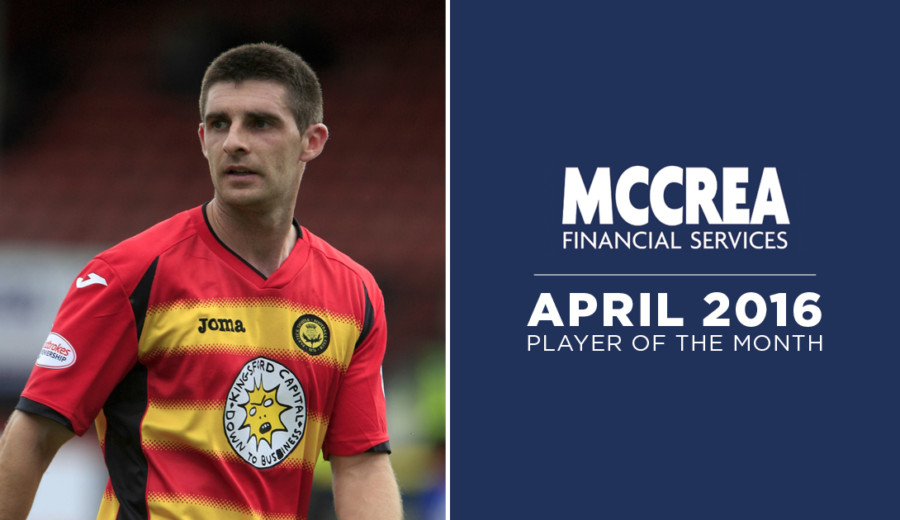 Kris Doolan has won the McCrea Financial Services Player of the Month award for April.

Kris dominated the voting for the award, accruing over 50% of the votes from Jags supporters.

It was a landmark month for Kris as he netted 100% of Thistle’s strikes during the month, a tally which took him to double figures for the sixth consecutive season. He becomes only the second Jags player to do it firmly establishing another footnote in the history books of Partick Thistle.

Kris is closing in on his 275th appearance for the club and will be the first Jag to hit the landmark since Alan Archibald did so in the 2007/08 season.

On winning the April award Kris said: “It’s always great to win these awards, especially when they are voted for by the fans so I would like to say a massive thanks to everyone who voted for me. I’ve really enjoyed my football this season and hope to rattle in a few more goals before the final whistle of our last game.

My long term future lies here now and I couldn’t be happier. Next season will be another challenge but I honestly can’t wait to start working hard to make sure we achieve everything we are capable of next term. We have a great group of players here now and there’s plenty to get excited about.