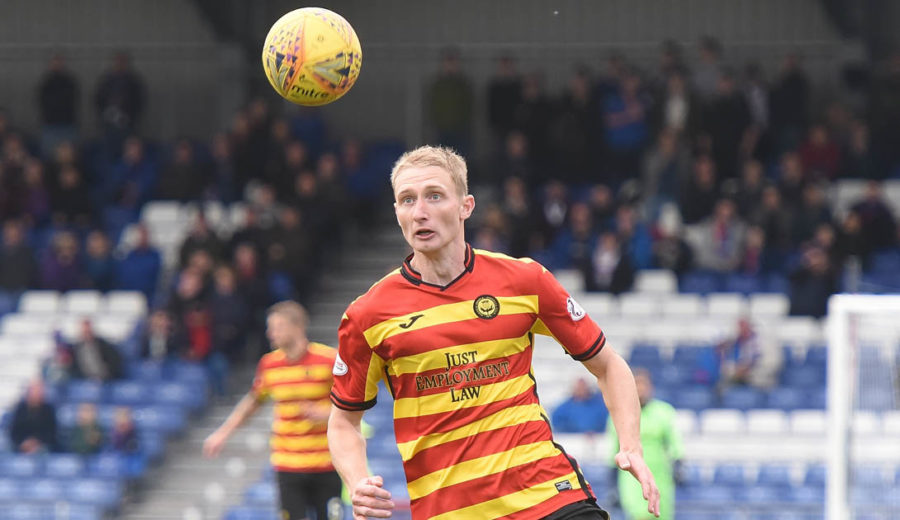 Erskine: A draw would have been a fair result

On Friday night, Partick Thistle suffered their fourth loss of the Championship season as they lost out to Dunfermline Athletic at East End Park. Aidan Connolly’s 68th minute goal proved the crucial moment of the game as the Pars saw off Thistle’s late pressure to secure the win with Lee Robinson and Mark Durnan both making key blocks in the closing stages to deny Andréa Mbuyi-Mutombo who had been introduced as a substitute in the second half. Another man who was brought on from the bench was Chris Erskine and the Thistle number ten spoke to ptfc.co.uk after the match.

Chris began by summarising what was a difficult 90 minutes for the Maryhill men.

“Obviously we were here to win the game and it was a game that was there for the taking. It was very scrappy for about an hour with neither team really creating much but then they got their goal and it became a bit hectic. With our change of formation, I thought we looked better defensively but we can’t afford to be gifting goals like we did in this game.”

The midfielder then continued by saying it was extremely frustrating to lose another game away from home based on one mistake.

“It’s been a problem for us this season, both at home and away but we seem to be punished more frequently when we’re away for some reason. We’re not making teams work for their chances while we’re having to work very hard for any chance we get so that’s something that we really need to address.”

The Jags could have stolen a point if they’d taken one of their late chances in the game and Erskine felt that a draw would have been the fairest result.

“We were pushing at the end and Andréa had a couple of opportunities. The first one was a decent enough save but the second one is a great clearance off the line and I’ve no idea how it didn’t go in. Had that gone in and we’d taken a point, I don’t think that anyone would have argued with that when you look at the 90 minutes as a whole.”

Now the Jags return to the Energy Check Stadium at Firhill for two consecutive home games against tough opposition and Chris is hoping Thistle can get back on track by getting a couple of positive results.

“Our home form has been good so far but we’ve now put a lot of pressure on ourselves by losing away again. We’ll be looking for six points from these games and I think that if you win two games in a row at any point in this league then you’re doing well and hopefully we can get ourselves back on track before a massive away game at Alloa.”

More reaction from Sean McGinty and Craig Slater as well as Jags gaffer Alan Archibald is available now to Jagzone subscribers. Log in now to see it.