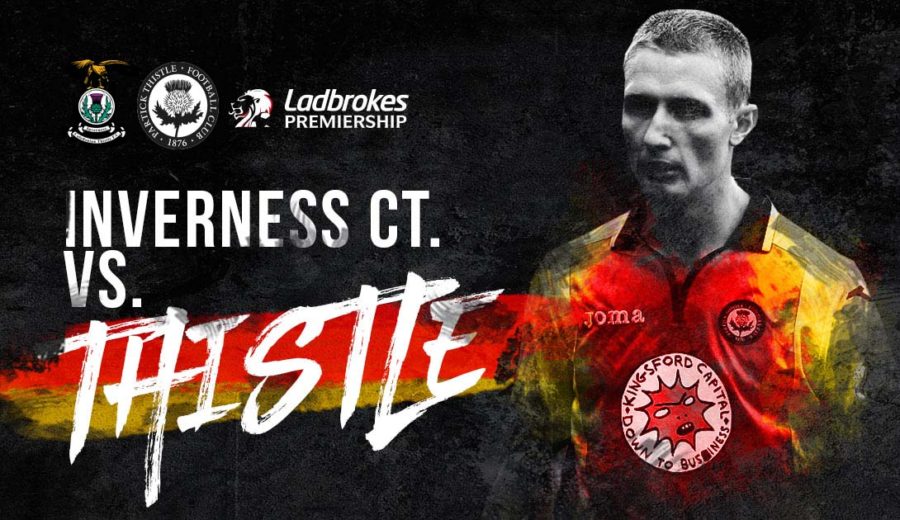 Chris Erskine is looking forward to getting back into league action after a four week break from the Ladbrokes Premiership.

After a 4-0 victory over Formartine United in the William Hill Scottish Cup last weekend Erskine is hoping for a win against Inverness as they return to league business.

Speaking to ptfc.co.uk the Jags number 10 said: “We’re looking forward to getting back into league action. We’ve had the break and then the Scottish Cup game last weekend so it will be good to get back into the bread and butter of the league.

“Last week was a good match to come back to. It eased us back into action after the break and it was a match where we had a lot of the ball so it allowed us to really get ourselves up to speed. It got Muzzy back into action and gave Andy his debut so there were a lot of positives to take from it.

“We know the game against Inverness will be different but we are ready for it and look forward to the match.”

“The way the fixtures are it gives us a good chance, with a win, to move further away from the bottom sides in the table. We want to keep in touch with the teams in the top six so we have to win if we are to do that. We know if results go our way a win could mean a very good weekend for us but we have to do our bit first and take the three points.

“We always speak about beating the teams around us. If you beat the top two or three then it’s a bonus but if we are to do well then we have to make sure we beat the teams around you in the table and Inverness are one of those teams.”

Erskine knows that Inverness sitting bottom of the table will make them desperate to get points on the board.

“They are sitting at the bottom of the table but will be desperate to get off the foot of the league. They are the home side and we have the long journey up there so we have to make sure we perform well enough to win the match.

“We beat Inverness earlier in the season so that will give us confidence but there isn’t much between the sides and the league is so tight.  We know we have a good squad so need to make the most of that.”

Chris was a fan of the winter break although admits it maybe came at a bad time with the team on a good run of results before it.

“The break was a good thing for me personally, I’m a fan of it and I think it will be a positive thing. We had the week off to recharge the batteries.  It was good to have the break after the hectic Christmas period. It’s nice to recharge and hopefully you will notice the difference towards the end of the season as usually by that point you are really tired. We had a good week away and it can only be good for the squad.

“We were on a decent run before the break and it would be good to continue that run especially with a game midweek too, if we can go on a run now it would be big for the rest of the season.”

The midfielder added his seventh and eighth goals of the season last weekend and he’s happy with the way his year is going.

“I’m pleased with how the season is going for me personally. That’s another two goals last week which takes me to eight. I didn’t have an aim at the start of the season, just to have a good season so every goal is a bonus. It would obviously be nice to get double figures but I don’t set myself targets. I just try and play as well as I can for the team.”

More preview interviews, with Jags players Ryan Edwards and Liam Lindsay are available to Jagzone subscribers. Log in now to see them now. Jagzone members will also be able to watch highlights of the game from midnight on Saturday night.