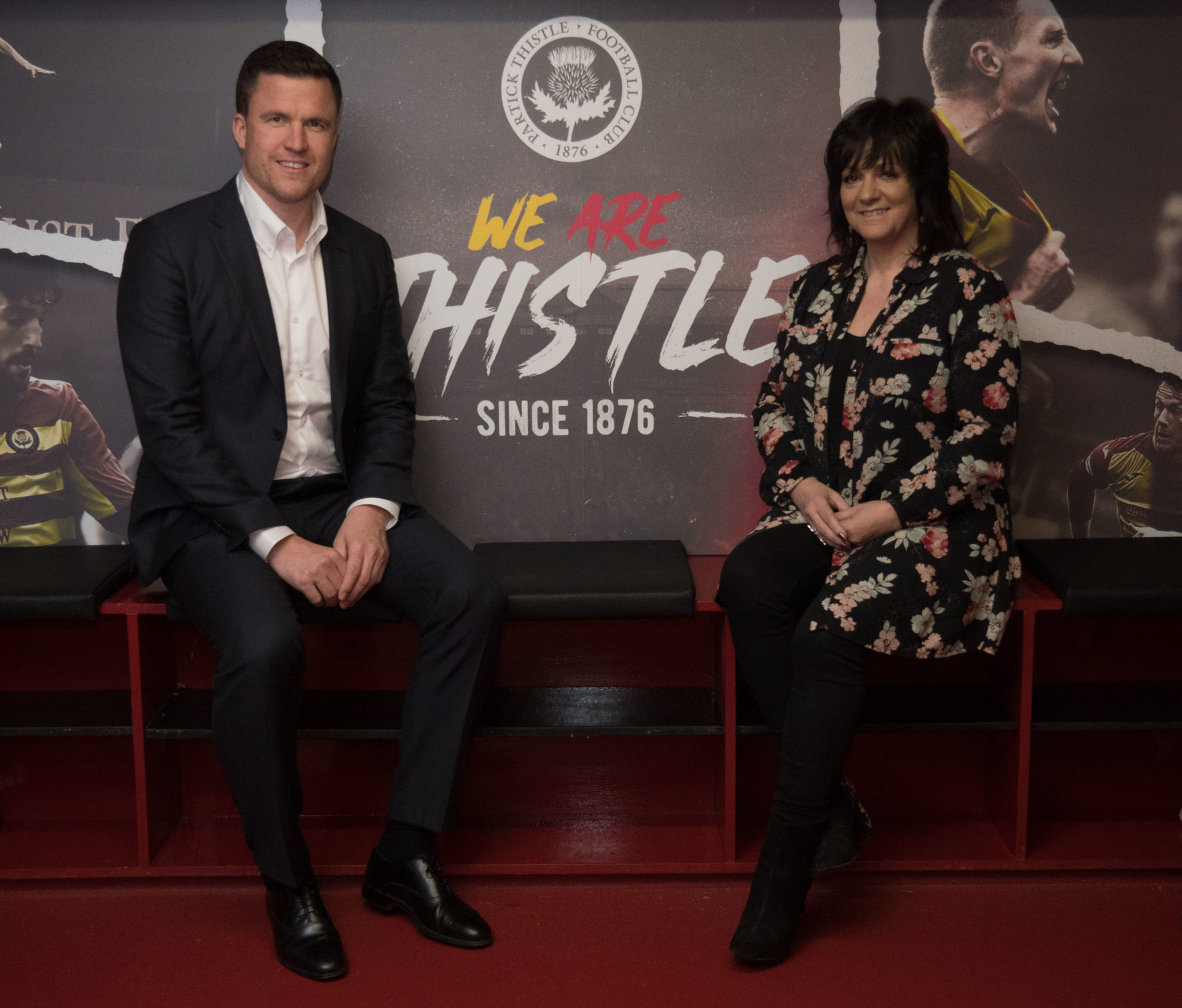 The Board of Partick Thistle has announced that Gary Caldwell is the Club’s new manager and will take up the role with immediate effect. Brian Kerr will also join the Club as assistant manager.

Caldwell, 36, had a successful playing career and was capped 55 times for Scotland before moving in to management. His first role was at Wigan, where he guided them to the League One title and promotion to the Championship at the first time of asking. His time at Wigan was followed by a short spell at Chesterfield.

Speaking on behalf of the Board, Chairman Jacqui Low said:

“The appointment of Gary comes at the end of a rigorous selection process, which we believe has resulted in the best candidate for the job being named as our new manager.

“Gary is a driven individual with a clear vision and plan to succeed – a new face our rivals may not expect and will not be prepared for. The Board also wanted to bring in someone the players would respect for his achievements. With his track record both as a player and as a manager, we believe Gary is that man.

“We were blown away by Gary’s interview preparation and, in the space of a week, he had done an analysis of each player, identified a training schedule to deal with the fitness levels and pulled together a vision of how to get Thistle playing well enough to secure promotion. Put simply, he plans to build a strong defence that allows us to then push forward and play attacking football. Gary’s proposals were detailed and realistic. The high degree of clarity and organisation with which Gary shared his views was a significant factor in him being chosen as the preferred candidate.

“Gary’s commitment to getting young players into the team and working closely with the Youth Academy was also clear to see and that approach is crucial to us going forward. Gary has a proven track record of identifying young talent and progressing them through to first team football. This kind of talent development lies at the heart of the Club’s long-term footballing strategy.

“Gary hasn’t sat back while looking for a new position – off his own bat, he has persuaded significant and well-respected managers from across the UK to spend time with him to let him continue to learn from the best. That single-minded determination to be a winner, backed up by his clear practical ideas of what needs to be done, starting now, convinced us that he will take no prisoners on or off the field. He also brings a hard edge and streetwise attitude that we will need for the rest of the season if we are to achieve our aims.

“Gary’s experience in getting Wigan up from the First Division to the Championship at the first attempt mirrors what’s required of him here. But he can’t succeed on his own so the Board will back him come the January transfer window if he wants to further strengthen the squad.

“It’s been a challenging time of late for our fans. I’m grateful and thankful to them for sticking with us. This is a significant appointment for the Club – I hope that they will welcome Gary and give him the opportunity to show just what he can do for Thistle.”

New Thistle boss, Gary Caldwell, said: “First and foremost, I am extremely excited to be here. Right from my first interaction with the Club, I have been impressed with how the organisation is run. It very quickly became clear to me that there are positive and exciting plans in place, backed up by a strong structure from top to bottom.

“There is a huge amount of potential in this squad. But it won’t happen overnight. We can’t do it on our own either, I need support from the fans and so do the players. If we are together, I have no doubt we can achieve a massive amount.”