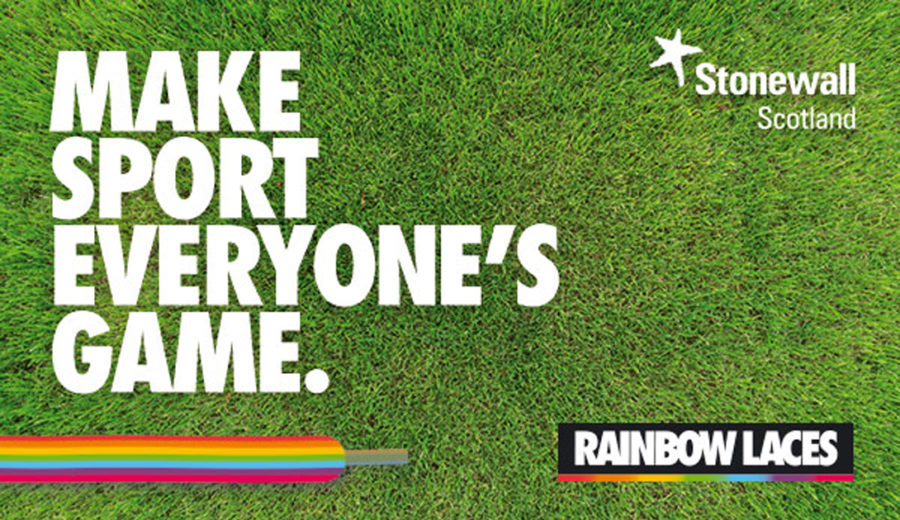 This year, Thistle will be showing their support for LGBT players and fans through Stonewall Scotland’s Rainbow Laces campaign. The club has chosen the home match against Hibs on December 2nd as its day of action.

The Rainbow Laces campaign aims to make sporting environments more inclusive for LGBT fans and players by raising awareness of anti-LGBT abuse. Research carried out last year found that 72 per cent of football fans have heard anti-LGBT remarks at games over the last five years, while 20 per cent of 18 to 24 year olds said they would be ‘embarrassed’ if their favourite player came out as LGBT.

Thistle Managing Director, Ian Maxwell, said: “Partick Thistle is proud to be supporting the Rainbow Laces Campaign. We want all fans to feel welcome and included at our games – football should be somewhere everyone can be themselves. We’re also looking forward to working with the Proud Jags, our newly formed and first LGBT supporters group.“

Colin Macfarlane, Director of Stonewall Scotland, said: “We’re delighted that Partick Thistle is supporting Rainbow Laces, and standing with LGBT fans. Many LGBT people want to take part in sport, either as players or fans, but abuse from a small minority makes many people feel unsafe. Wearing Rainbow Laces is a great way to show your support, and to help make sport more inclusive for everyone.”