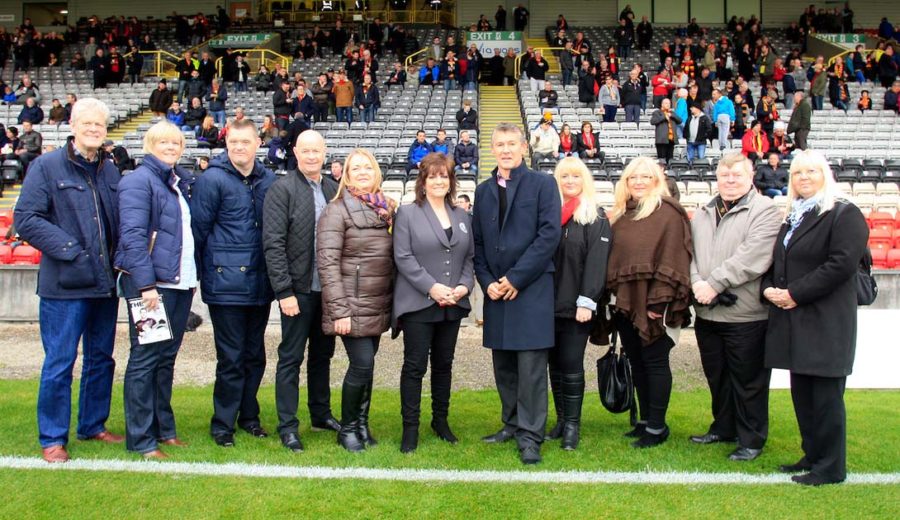 Long known as a football club rooted in its local community, on Saturday Partick Thistle launched a brand new innovative scheme that is believed to be the first of its type in the UK. The Maryhill football club has partnered with Carers Trust, the UK’s largest charity for unpaid carers, to offer free match tickets to local carers.

The brand new scheme is designed to offer respite to some of Glasgow’s many unpaid young, young adult and adult carers who often give up their lives to support a parent, grandparent, sibling or child with additional care needs.

Thistle’s partnership with Carers Trust Scotland provides the charity with an allocation of tickets for every Ladbrokes Premiership home game. They distribute these to their centres around Glasgow and work with agencies to get temporary cover to allow the carers get away for a few hours to see a game.

There are at least 759,000 carers aged 16 and over in Scotland and 29,000 young carers and the value of care provided by unpaid carers in Scotland is estimated at more than £10 million, a year. Three out of five Scots will become carers at some stage in their lives and one in 10 is already fulfilling some sort of caring role.

Ian Maxwell, Partick Thistle managing director, said: “As a club we are very proud of our close connection to the community and remain thoroughly committed to doing what we can to build ever tighter ties to those living in the local area.

“Unpaid carers do absolutely invaluable work and, having met some who have already been to games this season, I know how much a day at the football can mean. I can’t begin to imagine how difficult it must be, particularly for young people, to have that amount of responsibility placed on their shoulders.

“Going to a match on a Saturday can be taken for granted by many of us. But for carers, it’s something of a luxury both financially and in terms of time away from responsibility. For young carers especially, doing something as normal as going to the football is something they can normally only dream of.”

Stuart Taylor, Carers Trust chairman, said: “It is absolutely fantastic to partner with Partick Thistle Football Club. Our charity is dedicated to offering a combination of practical, financial and respite support for carers across the UK but we have never, to my knowledge, had this kind of partnership in place.

“So many people go to a match on a Saturday and don’t even think about it but, the truth is, for a lot of the people we support on a regular basis that simply isn’t an option. It is difficult for many people to understand what a difference two or three hours can make but the impact on an individual’s life can be simply huge.”