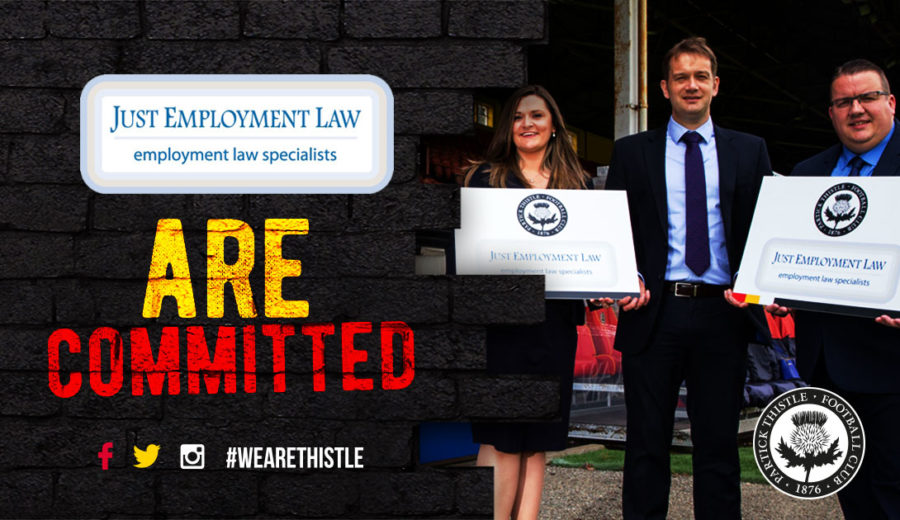 Partick Thistle Football Club can today announce that Just Employment Law will be the club’s main sponsor for the 2017/18 season. 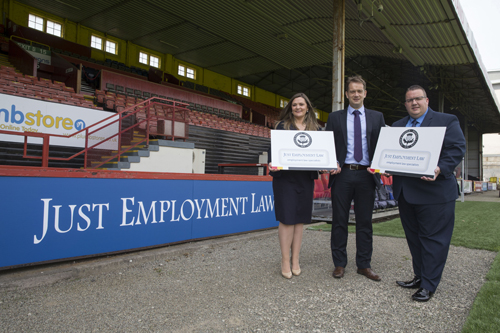 Just Employment Law has long been a commercial partner of the club and, having first become involved in February 2012, most recently sponsored the club’s 140th Anniversary Dinner in 2016 and backed the Jags throughout the season.

As their name suggests, Just Employment Law specialises in the field of employment law, providing high quality employment law advice, support and representation to clients throughout the UK.

It isn’t the first time the logo has featured on the front of the famous red and yellow shirts though as they spent half of the 2011/12 season as the club’s front of shirt sponsor.

“When the idea of becoming the club’s main sponsor first came up, it really didn’t take long for us to say yes. As lawyers, the contract negotiations didn’t take too long either!  We have been involved with Thistle on a consistent basis since we first appeared on the front of the shirts back in the First Division days. Both the team and Just Employment Law have both come a long way since then though and it is now fantastic to be the main sponsor of an established top division club. As our local team that places values, community spirit and talent development at the root of all that it does, we are both proud and excited to make this announcement.

“Last season was an almost unprecedented success for Thistle and it is clear that there is a real buzz about the place just now. It’s a great club to be involved with and I can’t wait to see more of that success this season, and to see players coming through the ever-expanding youth set up.”

“On behalf of everyone at the club I would just like to welcome David and Just Employment Law on board for the coming season. David and his team are certainly no strangers to Firhill and we look forward to working more closely with them over the course of the next 12 months.

“The main sponsorship package is the highest profile sponsorship that we have so it is important that we work with the right business and brand. As well as being a local business Just Employment Law match the club in terms of ambition and drive to succeed. In that respect David and JEL really are the perfect fit for us and it is certainly exciting as we begin planning for the season ahead.”