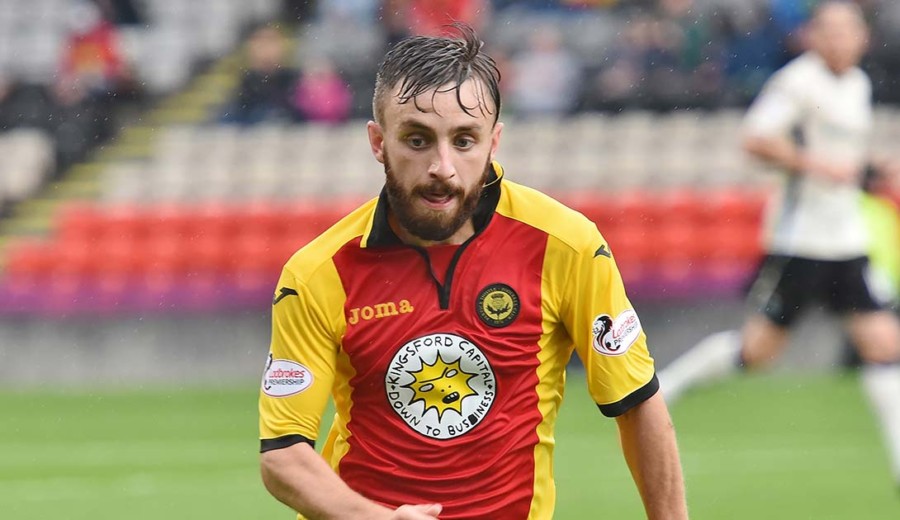 Speaking to ptfc.co.uk after the 2-0 win Lawless said: “We are delighted with the three points. It was great to get the wins in the league cup but everything was geared towards the league starting, so we are happy to start the season with a win, get the three points on the board early and continue our good run of form.”

It was a slow start to the game but after Chris Erskine opened the scoring after 36 minutes Thistle took control of the match.

“The goal seemed to settle us down little, it gave us a lift just at the right time and we never looked back after that. It was a great finish from Squiddy, it’s always important to get the first goal and that showed today.

“We limited them to long shots and crosses into the box in the second half, we knew we would have to get back and help the defence and I thought the attacking players done that. It was a real team performance from front to back.”

“I think after last season we all knew we didn’t want to get off to a start like last season. We had a good season but it could have been even better if we had started well so it was vital we did that today.”

“As soon as I struck it I thought it was in, I connected really well with it and it’s inches away from the top corner. I probably connected with it too well and if I had scuffed it then maybe it would have been in.”

Lawless set up Erskine for the first and is hoping his team mate will return the favour.

He joked: “I’ve just been saying to him it’s 2012 all over again. One of these days he’s going to actually set me up instead of me setting his goals up all the time. Although I’m not holding my breath! Nah, as long as we are winning it doesn’t matter who is scoring, I’m glad to get the assist and help the team to the points.”

Next up is a trip to Dundee United in the league cup before tough trips to Aberdeen and Hearts in the league.

“It sets us up well going into a hard run of league games and we have Dundee United in the cup on Tuesday. It’s always a hard game there but we want a good cup run and to do that we have to go there and perform on Tuesday night.