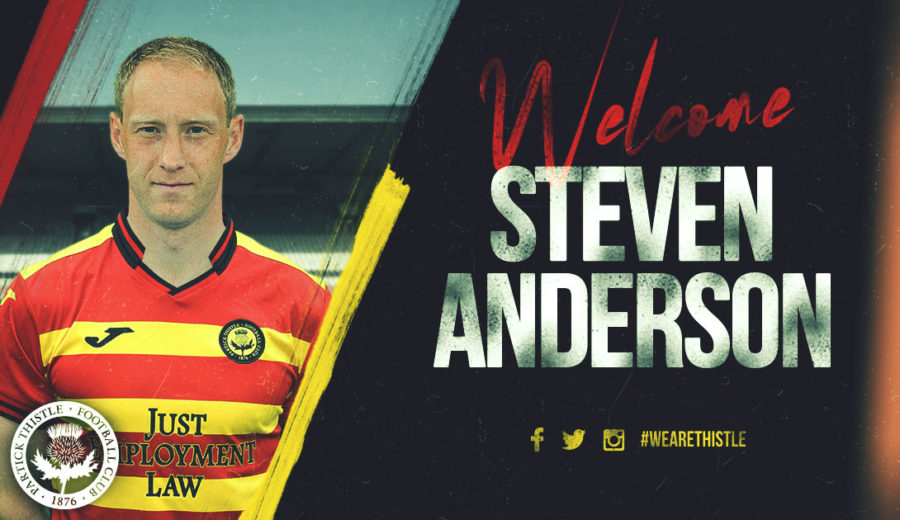 Partick Thistle can today confirm that central defender, Steven Anderson, has joined the Club on loan from St Johnstone until the end of the season, subject to SFA approval. As part of the deal Niall Keown will join the McDiarmid Park side on loan for the rest of the 2018/19 season.

The 33 year old, who will take the now vacant number five jersey, has spent his entire professional career with St Johnstone, becoming their record appearance holder in the process. Since joining the Saints in 2004 Steven has been part of a promotion winning squad, a Scottish Cup winning team and has skippered the side since 2016.

A reliable central defender, Steven also carries a set piece threat that Thistle fans will be familiar with, having seen him net against the Jags in recent seasons.

Steven will meet up with his new teammates for the first time on Thursday morning as preparations continue for our trip to Inverness on Saturday.

JagZone will catch up with Steven following his first training session as a Jag on Thursday.

Sponsorship of Steven’s kit is available. To enquire about purchasing please email

Everyone at Partick Thistle would also like to wish Niall Keown all the best as he leaves for Perth for the rest of the season.