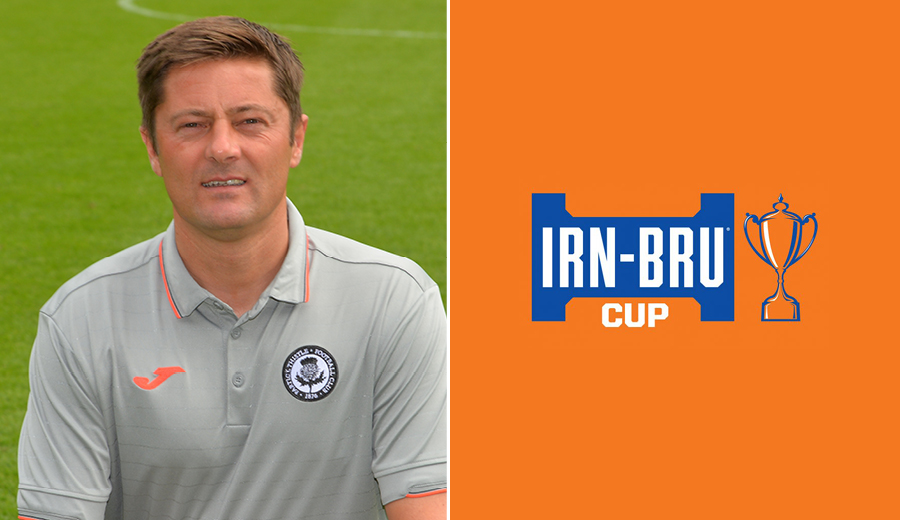 Thistle’s development squad return for pre-season training late next week and coach Scott MacKenzie is looking forward to getting the Young Jags back as he prepares for another Development League season.

It’s always good to have a nice relaxing holiday after a long, tough season. After a while though, you get a bit restless and just want to get back into the rhythm of training and having games.

Firhill is always quiet when there are no players around but it’s a crucial time as it allows me the opportunity to prepare for the season ahead. By the time the players return we’ll be ready to get straight into the hard work.

Last season’s Development League campaign was a disappointing one for MacKenzie with a lower finishing position in the league, but the hard-working coach knows the players will have learned a lot over the season.

As a coach you always want to improve on your position from the year before and it was disappointing not to be able to do that. The players will have learned a lot though, sometimes they learn more when having mixed results rather than if they are winning all the time. It’s all about the player’s development and making sure they are better players at the end of the season than they were when you began working with them in pre-season, and I think we achieved that last season.

MacKenzie’s side will also participate in the Scottish Challenge Cup this season, a prospect which the coach is relishing.

I think it’s great that our 20’s side will be able to enter the Challenge Cup. The opportunity to play against first team players will be a great challenge for them and it will give them valuable experience. Sometimes in the Development League you are playing against players of the same age but this tournament gives the players the opportunity to test themselves against seasoned pros and that can only be a good thing in improving them as footballers.

If we get far enough in the tournament we will have the opportunity to play against a Welsh or Northern Irish side which will be another great learning curve for the boys. With no overage players allowed for my 20s team, participating in the Challenge Cup will be a great way for my squad to improve their abilities and help make the step up required to first team football.

MacKenzie’s squad will be bolstered for the 2016/17 campaign with the addition of five Thistle Weir Academy graduates but he is still looking to add to his squad.

We’ve got a squad of twelve now with the five who have made the step up from the academy. I’ve seen all these players first hand and they all got some game time at this level last season to sample it. I’m still looking to add a couple of players to try and give me a core of sixteen and hopefully the gaffer will be able to help me with that over the summer.

All the players who make up my squad will have seen the progress of Neil McLaughlin, Kevin Nisbet, James Penrice and Matthew McInally who have all played for the first team at some point in their young careers. These players are the inspiration that with a lot of hard work their chance might come too. They’ve just got to keep performing in the Development League to impress the manager and take their chance when it comes.