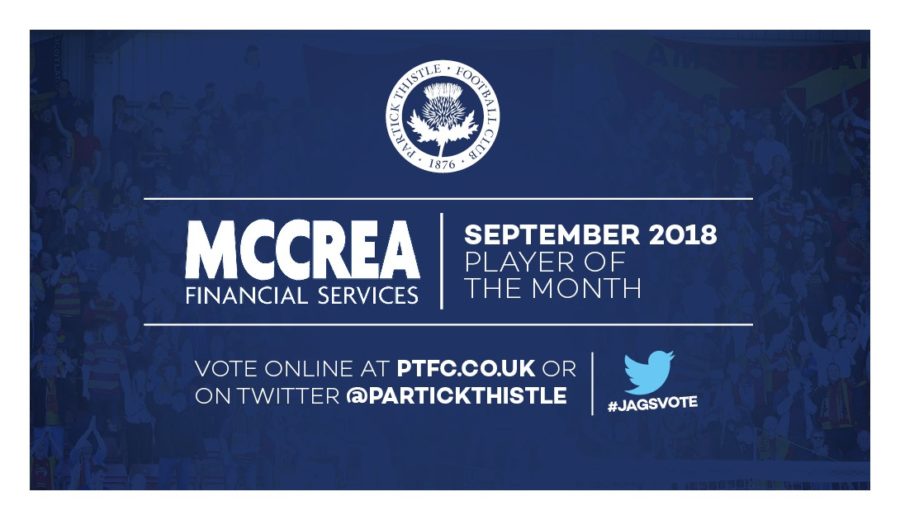 September was a month that saw Thistle’s strong home form continue, with two home wins. The Jags were also so close to taking points away to Inverness and Dunfermline but it just wasn’t to be. With the start of October bringing the welcome news that Souleymane Coulibaly is cleared to play, September will hopefully provide a base from which the Jags’ season can really kick off.

So, without further ado, here is your shortlist for the September McCrea Financial Services Player of the Month award: 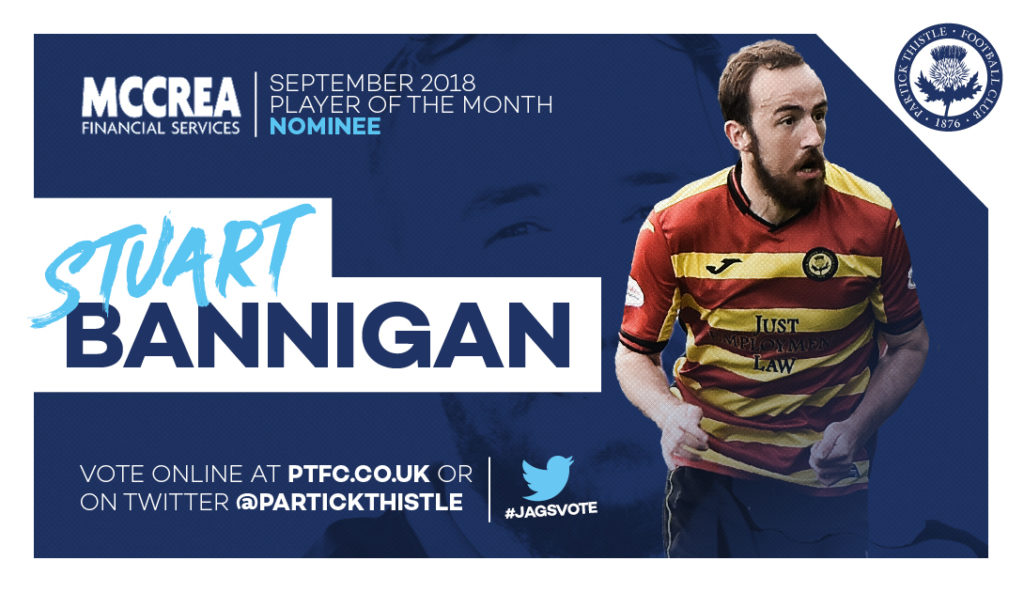 He’s back! Stuart made his return to the first team in September after a horrendous two years that have seen his game time restricted by injury. He certainly hasn’t lost it though, and after 15 minutes against Morton he made an almost instant impact against Inverness with his drive and energy a big reason the Jags were able to get back in the game. Stuart has been a huge miss in red and yellow and the ever popular number eight is well deserving of his place among the nominees. 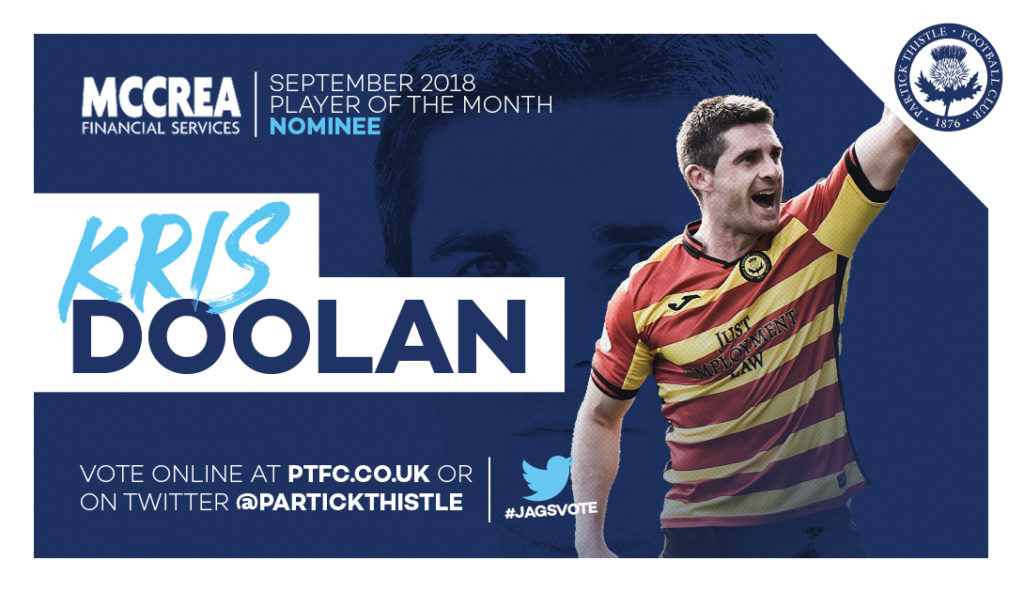 Thistle’s talismanic number nine has had, by his own admission, a slow start to the 2018/19 season but a remarkable September has seen him chip in with three goals in four games only for an inexplicable decision from an assistant referee to knock him back to two. Always reliable and good for a goal when the backs are against the wall, Kris has once again proven his worth this month – but will he be worthy of your vote? 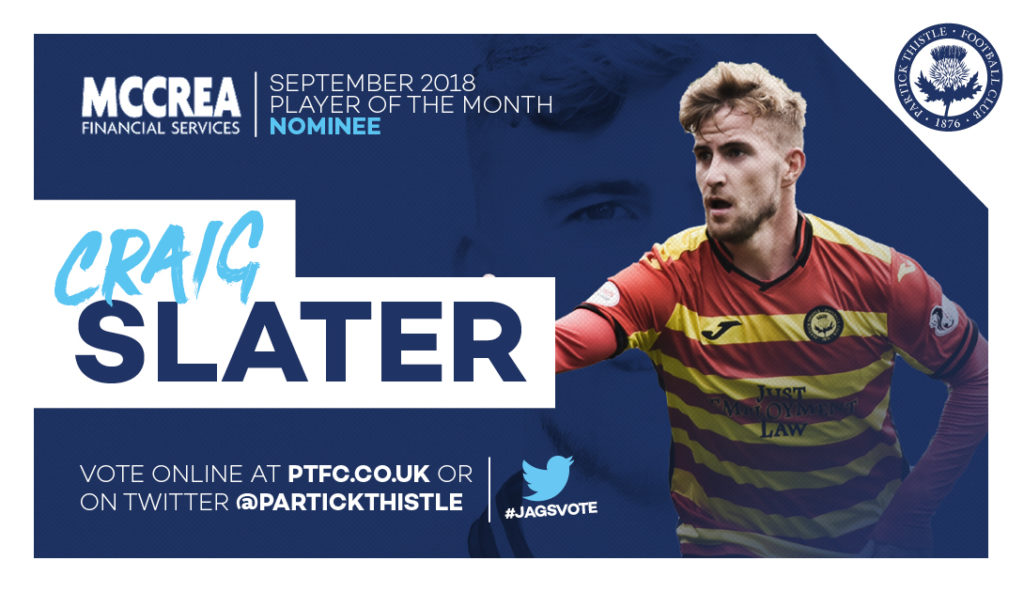 Craig has been a driving force in Thistle’s midfield since arriving in Maryhill. With an excellent range of passing he isn’t scared of a challenge either and his set play delivery is always a danger. As his partnership with Bannigan develops it can only be a good thing for the Jags going forward this term. 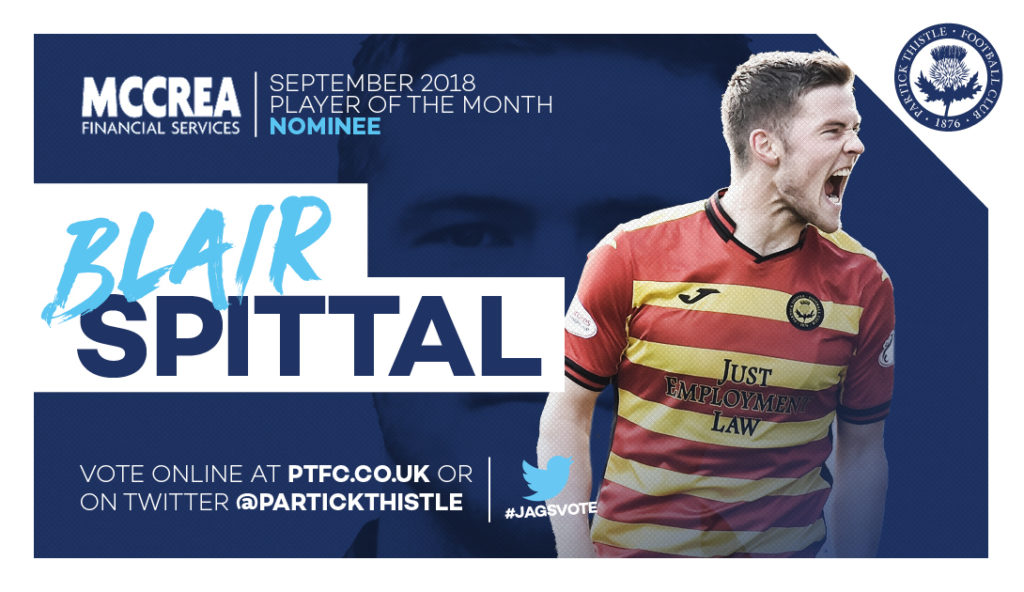 September saw Blair find his shooting boots with three goals in two games, two of which came in Thistle’s victory over Queen of the South – including one that will surely be a goal of the season contender. Having played wide as well as behind the striker, Blair has shown his versatility but also his ability with a string of excellent performances that saw him named the star man by the SPFL in its Team of the Week. A constant threat, if Blair can keep this form up it will surely not be his last nomination of the season.

So, there you have it, your McCrea Financial Services Player of the Month nominees for September. Now it’s over to you, so get voting and make sure your favourite gets to take the trophy home.