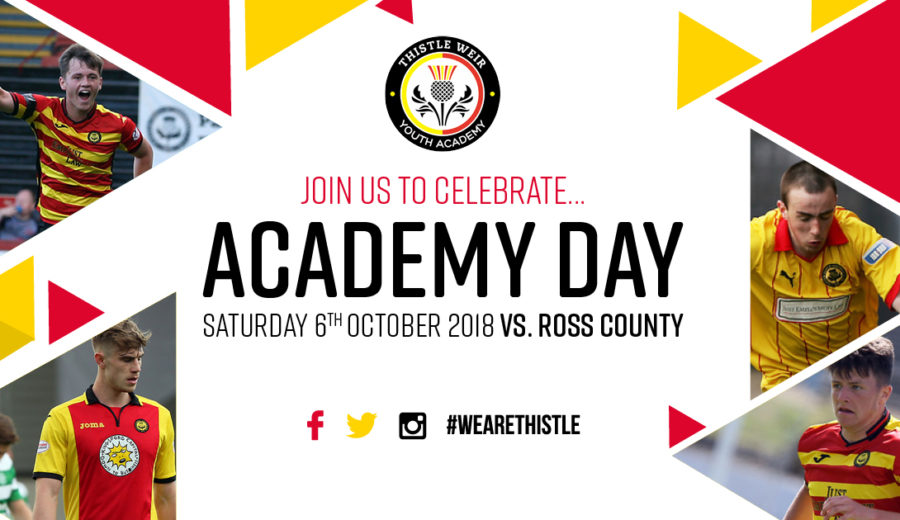 There will be a special edition of the matchday programme with Academy players on the pitch at half time and 11 Academy players leading the teams out for kick off. There will also be plenty going on around the ground before the match with live music in the concourse, face painting in the Aitken suite and Jackie Husband Stand and football challenges allowing the next generation of Jags fans to test their skills under the watchful eyes of Thistle Weir Academy coaches.

“The five years have absolutely flown by but when you look back at how far we have come it is certainly worth celebrating. All you have to do is look at any first team teamsheet and you will regularly see three or four Academy graduates in the matchday squad.

“Above and beyond the likes of Liam Lindsay, Jack Hendry, James Penrice and, most recently, Aidan Fitzpatrick who have all made first team appearances; we have helped hundreds of young players develop, not only as footballers, but also as people and of that we are extremely proud.

“I hope today helps show our appreciation for the many hours of support that players, coaches and parents have put in over the last five years as without them none of this could be possible. A huge thanks should go to the Weirs. They have had a transformative effect on so many aspects of the Football Club but the Academy would quite simply not exist without them so I really can’t thank them enough.

Remember, Kids go free at the Energy Check stadium at Firhill so come along and enjoy what promises to be a fantastic afternoon.