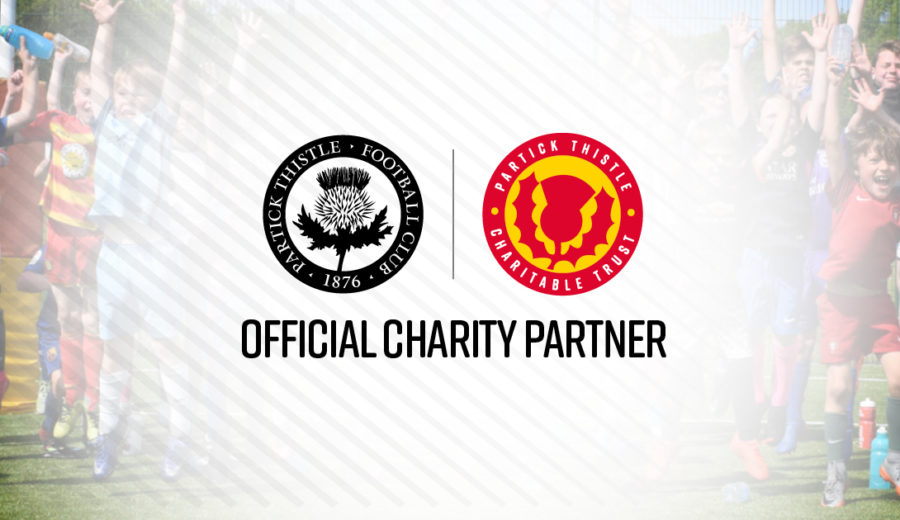 Partick Thistle has announced that its new charity partner is the Partick Thistle Charitable Trust. After a very positive relationship with The Beatson Cancer Charity over the last three seasons, the Club decided to look closer to home for an organisation to support.

The partnership with The Trust, which aims to promote health and well-being, football, education, active citizenship, and inclusion within the local community, will run at least for the duration of seasons 2019/20 and 2020/21.

“They say that charity begins at home so it seemed right to show our support for the Charitable Trust. The work they do in our local community is significant and important and deserves to be recognised in this way. We have worked closely with them on specific projects in recent years – for example, at Christmas time – so it was logical to take this next step.

“I know that fans have been proud to show their support for the Charitable Trust in the past and hope that they will continue to do so in its new role as our official charity partner for the next two seasons.”

The Trust has received commendation for its work on schemes including Football Fans in Training, Homeless Football, Amputee and Frame Football.

On receiving the news Randle Wilson, Chairman of the Charitable Trust, said:

“This is just fantastic news! We already feel very much part of the Thistle family and this strengthens our relationship even further. Our biggest challenge is always finding sufficient funding to keep the work going. This move by the Club will help Paul Kelly and his wonderful team to make an even bigger difference to the lives of the people in the communities we serve, many of them the most vulnerable in society.

“This work can really test your view of society. However, it is moments like this that make you feel that it is appreciated and spurs us on to do more.”