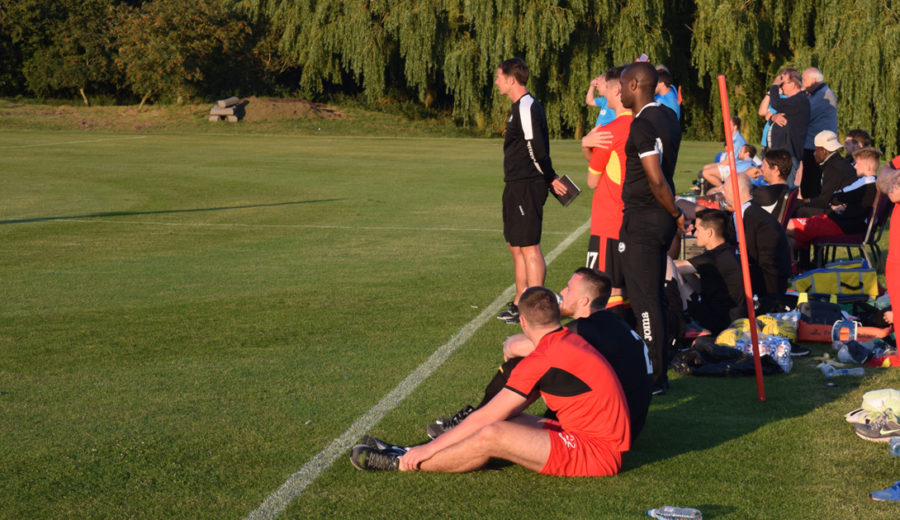 Pre-Season Round up with Alan Archibald – Part Two

After the Betfred Cup group stage, Thistle face a challenging start to the Ladbrokes Premiership campaign but the gaffer insists that the players will rise to the occasion right from the first game.

“The opening games are challenging but we’re going to have to play those games at some point anyway. It’s a really difficult start away to Hibs but that could also be a great start as we have the chance to upset their Premiership return party.”

During the summer, the management staff have made attempts to fill in any gaps left by departing players and Archie believes that this is an important factor as he doesn’t want to upset the balance of this Jags squad.

“Both on and off the park, you need balance. Off the park is probably the biggest gamble when bringing a player in as you can watch him play as much as you want but you’ll not know what he’s like as a squad member until he joins. You don’t want characters who will cause dressing room friction. With Niall, that risk wasn’t there and even with Blair Spittal and Jamie Sneddon. Blair knows Chris Erskine so that helped him settle in quickly and our goalkeepers are a good bunch who’ve helped Jamie feel at home immediately.”

The Jags’ boss reckons that Liam Lindsay’s big move to Barnsley may have provided a template for other young players to come to Firhill and progress their careers.

“Liam and Jack Hendry have both made moves down south off the back of performances here and we do want to give players an opportunity to make a name for themselves. Hopefully that attracts some other young players to the club who know that we give youngsters a chance and we won’t stand in their way if they want to move forward in their career. If quality players are attracted to the club as they want to put themselves in the shop window then we’ll happily give them that chance if they’re the right fit for our team. The ideal scenario then would be that we can make a bit of money and they get a move that moves them forward in their career.”

Without making another new signing, the management team already have a fresh face to pick from for the midfield. Stuart Bannigan has almost completed his return from a lengthy injury and having him back will be a boost to the Thistle squad, however, he still has a way to go before he gets back to the level he was at before his injury. Alan recognises this and understands that Stuart will need time to recapture that from.

“The main thing for Stuart is that he can’t get too frustrated with himself. He always wants to be on top form but he won’t be at that level yet coming off the back of 15 months out. He’s featured in each and every closed door game we’ve played which is encouraging and hopefully that will help his sharpness. It’s important that we don’t put too much pressure on him and that we give him room to breathe and a chance to get up to speed at his own level. Due to injuries, Stuart will probably have to play a key role for the Betfred Cup games so it will be a real test for him over the next few weeks.”

Although he knows his squad are eager to just get into the league season, the gaffer is realistic about where the current squad stands in comparison to where he’d like it to be.

“We are still a fair bit off, in honesty. We’ve had a few small injuries. Niall Keown picked up a knock on his second last day with Reading which obviously leaves us a bit short at centre-half. Mustapha Dumbuya has picked up a knee injury that has led to surgery, so he’ll be out for a couple of months and that’s a real blow for the player and the club. That means that we’re a bit light defensively and with Ade leaving, we’ll need more up front too.”

“We may have to go out and get a full-back now which we weren’t planning on. We were happy to go into the season with Dumbuya, Booth, Elliott and Penrice – loan dependant. We also have to look at options up front because suddenly we only have one striker who’s scored a Premiership goal so we will be looking in the market.”

Archie has committed, will you join him? 2017/18 season tickets are now on sale.